History at Torrey proves anything can happen Sunday 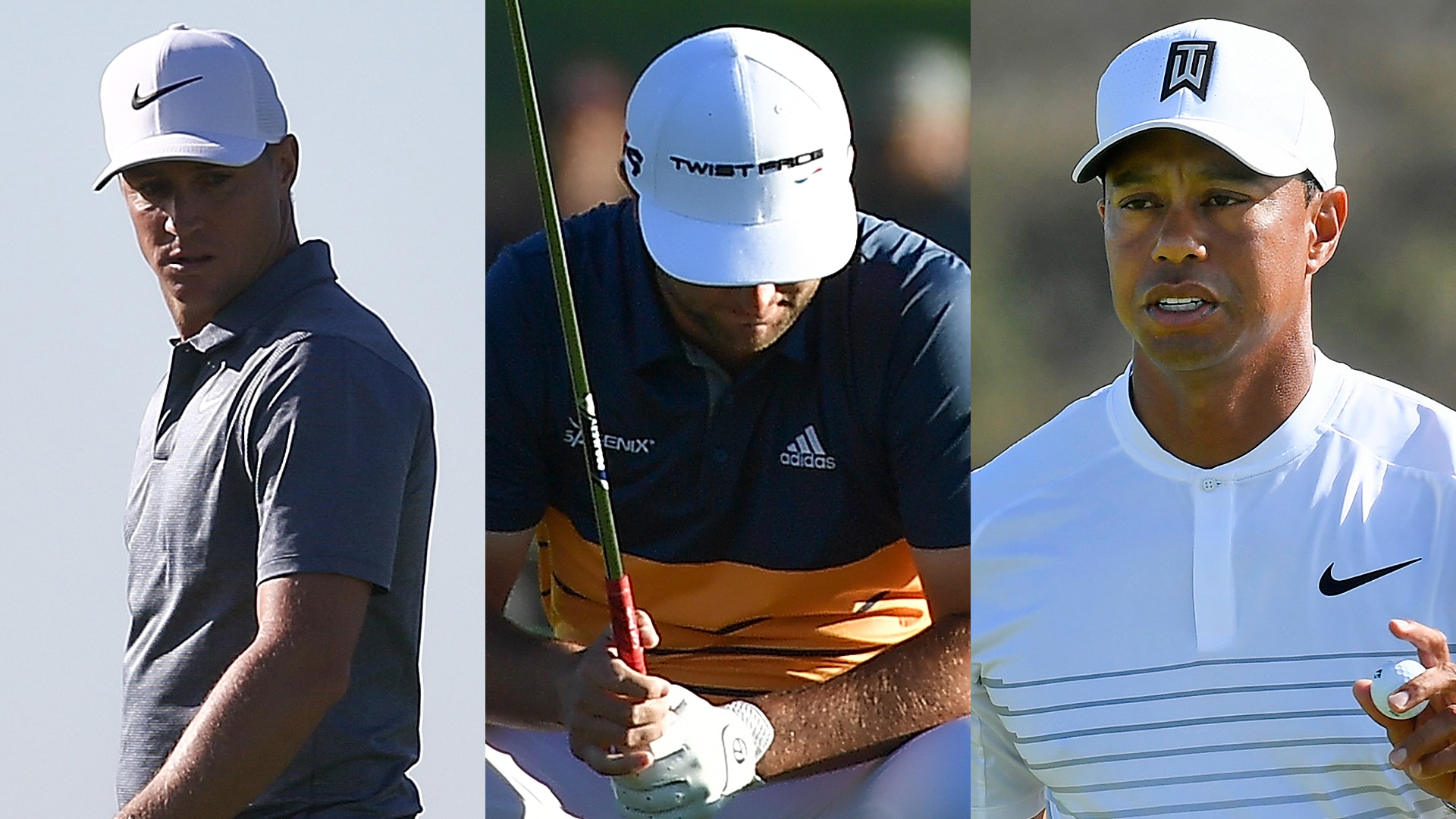 SAN DIEGO – It was the type of afternoon that draws people to this corner of Southern California – sunshine, sea breeze and a seesaw battle between an eclectic cast at the annual Torrey Pines member-member.

A golf course that has a tendency to produce more congestion than Interstate-5 at rush hour delivered again, with six players squared atop the Farmers Insurance Open leaderboard at one point before Alex Noren emerged late to take his first 54-hole lead on the PGA Tour.

In fact, it’s Noren’s first anything as a Tour member, with the little-known Swede taking up membership this year in an attempt to better prepare for the majors – which are primarily played in the United States, he dryly reasoned.

Thanks to a 3-under 69 that featured just a single blemish, a double bogey-6 at the 12th hole, Noren moved atop a crowded leaderboard with 10 players within three strokes of his mark. But that’s nothing new.

Last year Jon Rahm was the last man standing after starting the final round three strokes back along with 14 others.

It’s what Torrey Pines does, condensing players like a competitive compactor through an assortment of narrow fairways, devilish poa greens and, like last year, unsavory conditions. Sunday will be more of the same for any would-be winners with Santa Ana winds expected to gust to 20 mph.

“You can't really run away with a lead here because it is so tough,” said Jason Day, who is among a large group tied for fifth place at 8 under par, three strokes off Noren’s pace. “I mean, driving, it's so demanding on the driver. If you're out of position and with how the greens are starting to bounce, it's very difficult to get yourself back into position. With the greens poa annua, it adds a little bit more nervous feeling when you hit certain putts.”

Day is something of an expert when it comes to these situations. He won here in 2015 after starting the final day two shots back, and finished runner-up a year earlier after trailing by four strokes through 54 holes.

No lead is ever really safe on Tour, but at Torrey Pines there’s something particularly uncertain. No matter how well you’re playing, no matter how impressive your resume, there’s always an element of being uneasy on the South Course.

Consider Rahm, who won last week’s CareerBuilder Challenge in a playoff and arrived along these California cliffs poised to unseat Dustin Johnson atop the World Ranking with a victory. He’s also the defending champion this week, so when he grabbed a share of the lead at 10 under par with a birdie at the 10th hole it would have been perfectly understandable to start planning a World Ranking coronation.

But Rahm missed three of his next four fairways and dropped his second shot into Devlin’s Billabong, the pond in front of the 18th green, on his way to a double bogey-7. The normally effusive Spaniard quickly made his way off property, declining interview requests.

Call it a Torrey Pines minute, that’s how quickly things can change around here, and Ryan Palmer can attest to the rapidly changing fortunes that the South Course produces.

After taking a one-stroke lead into the weekend, his title hopes seemed to fade with bogeys at Nos. 7 and 8, but with one stroke, a 44-foot putt at the par-5 13th hole for eagle, he was right back in the hunt.

“That made up for the whole day,” said Palmer, whose 1-over 73 dropped him into second place and one stroke back. “It was one of those putts you just want to get up there, lag up there as close as possible so you can just tap it in, but it couldn't have come off any better. It rolled in like I tapped it in.”

Palmer will join Noren and J.B. Holmes, who made the day’s biggest move with a 65 that included a 7-under 29 on his closing nine, in the day’s final group. But then the odds aren’t exactly in that threesome’s favor considering that the last four winners at Torrey Pines were all multiple shots off the lead through 54 holes.

The odds may instead favor a Justin Rose or Gary Woodland, who were among the group tied at 8 under, or maybe even Tiger Woods. Yes, that Tiger Woods.

Although his title chances would be considered long at best at 3 under par, eight strokes off Noren’s pace, if the crowds that ringed every fairway Woods played on Saturday were any indication he certainly would be the popular choice.

Despite a horrendous day off the tee, he hit just three fairways through his first nine holes, Woods – who made the cut on the number following a birdie at his 36th hole on Friday – made up ground on the lead thanks another stellar putting performance that included 91 feet of putts made.

“I don't know about coming together, it was a struggle out there,” Woods said. “I didn't hit it worth a darn all day. I was really struggling out there trying to find anything that was resemblance of a golf swing. But I was scoring, I was chipping, putting, I was grinding.”

Tied for 39th and scheduled to tee off nearly two hours before the leaders on the 10th hole on Sunday, Woods’ assessment of his title chances is a much more realistic representation.

But then, this is Torrey Pines and history has shown anything can happen.