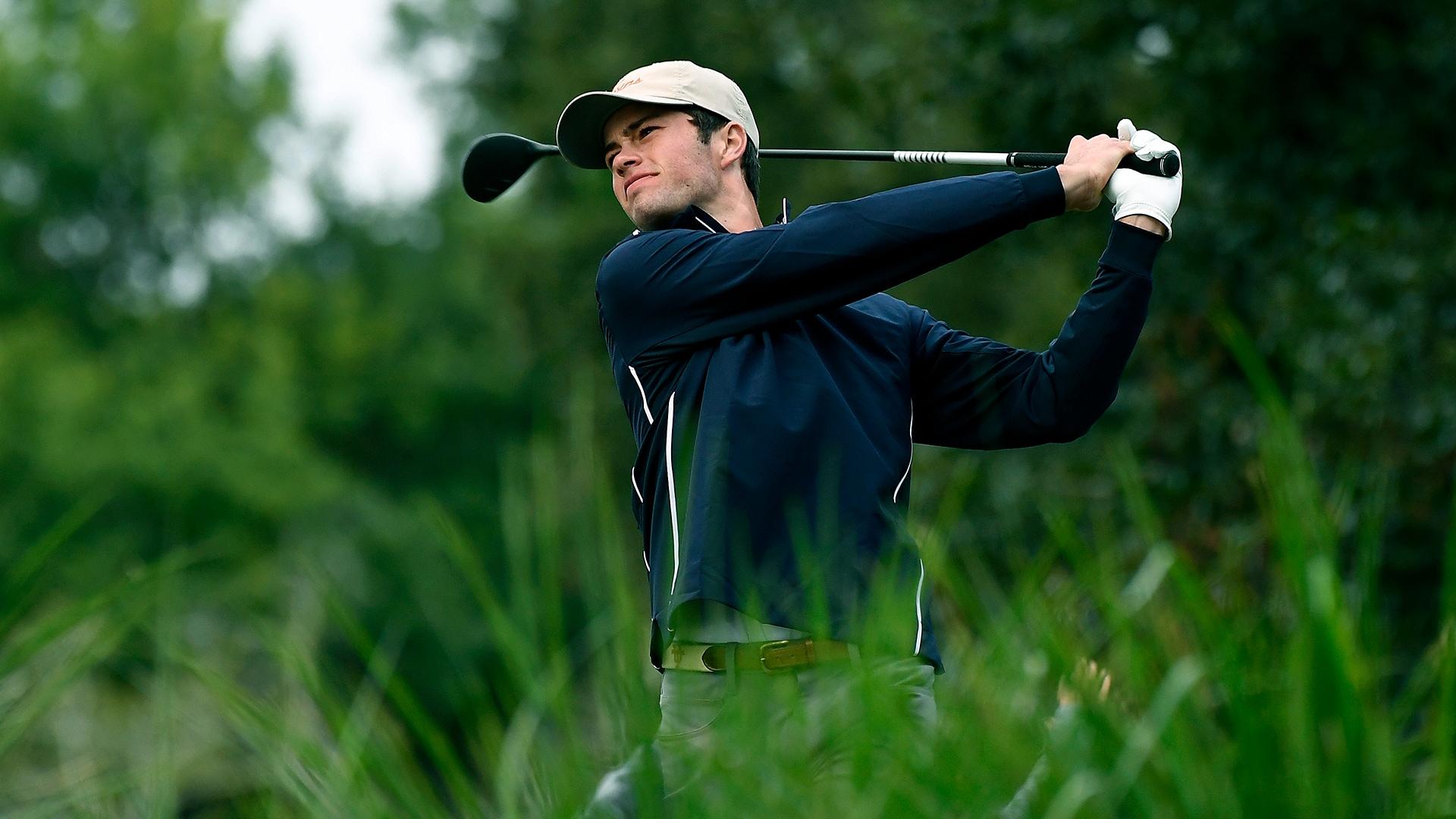 HUMBLE, Texas – Cole Hammer knows weeks like this will make him better.

The 20-year-old University of Texas sophomore was extended a sponsor invite into the Houston Open, his hometown PGA Tour event, and walked away Sunday with a 1-over performance and four rounds under his belt.

“It was a great week,” said Hammer, whose only other pro start came at the 2015 U.S. Open when he was 15 years old. “Obviously, I would’ve liked to have played a little better the last three rounds, but I made the cut and played for four days.”

He also got a taste of just how tough the Tour can be. The reigning McCormack medalist as the world’s top-ranked amateur earlier this year, Hammer got a difficult draw. He had to play 12 holes in 30 mph gusts Friday and then wake up early to finish his second round on what was a 24-hole day on Saturday.

“For being his first event, he could not have had more brutal conditions than that,” said Hammer’s caddie, Bobby Hudson, who previously caddied for Cody Gribble and played golf at Texas from 2007-11. “I’ve caddied probably 70 events out here and that was probably top-5 toughest. … If you didn’t hit the ball dead on the screws off the tee, your ball could just balloon into oblivion.”

While he putted well, especially during an opening 5-under 67, Hammer struggled off the tee this week. He hit half of his 56 fairways around a demanding Golf Club of Houston, which played a part in Hammer carding six double bogeys in 72 holes. Two of them came Sunday, on Nos. 8 and 18, as Hammer shot 1-over 73.

“I need to limit the big numbers,” Hammer said. “Six double bogeys do not help. That’s six shots if I just bogey the hole, which is so easy to do. Problem is there’s a lot of trouble out here and I didn’t hit enough fairways. … I just gotta get sharper there.”

Added Hudson: “He turns those [doubles] into bogeys and we’re close to the top 10.”

Still, Hudson was left impressed by the amateur standout, who has two tournaments left this fall with the Longhorns – the Tavistock Collegiate and East Lake Cup.

“He handled himself so well for being a sophomore in college,” Hudson said. “He’s very mature beyond his year. … He doubles the last hole and he still walked off with a smile on his face, which was really impressive.”