How close is Jordan Spieth? It's hard to tell 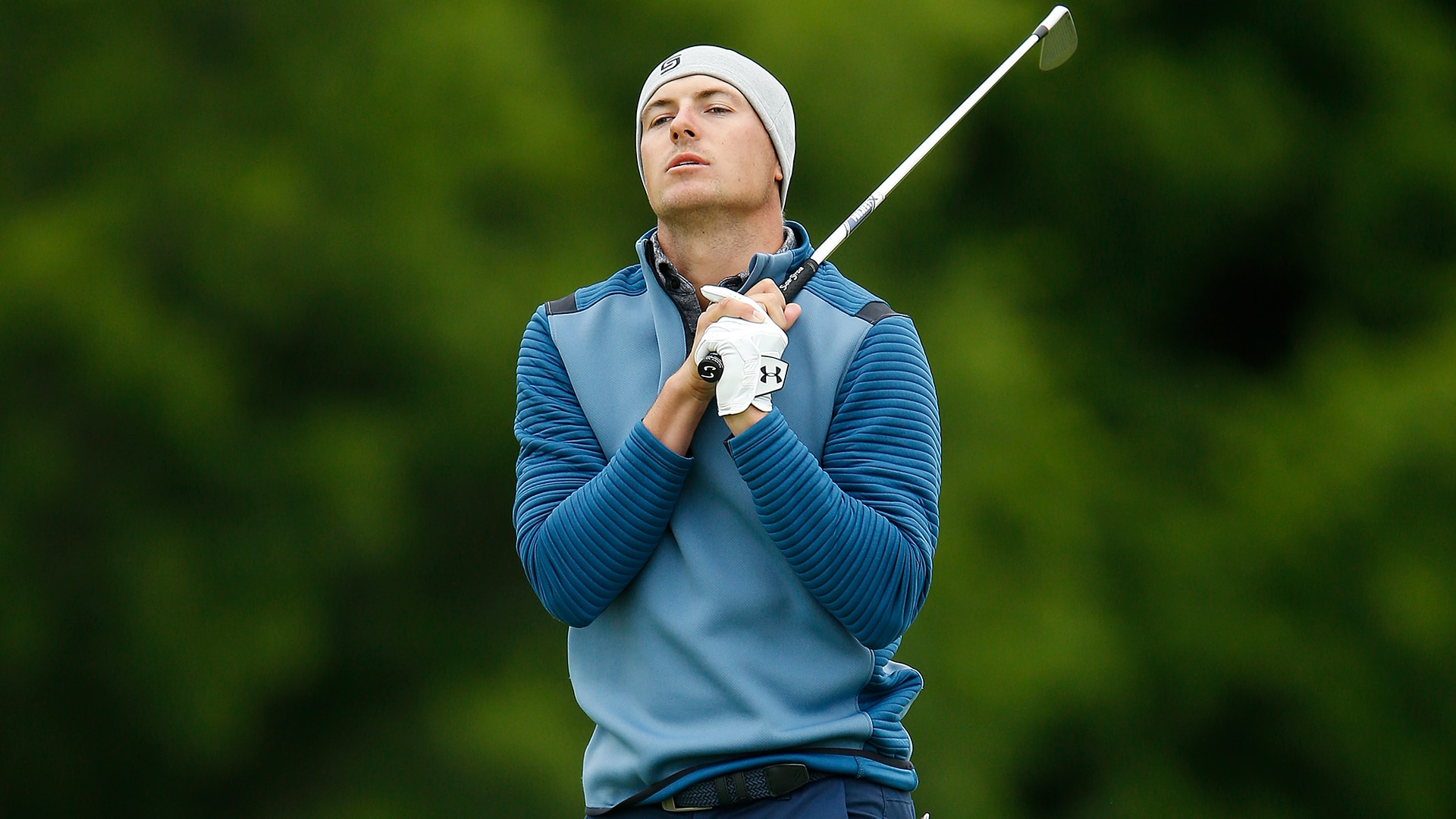 How close is Jordan Spieth?

Indeed, the 25-year-old Texan – who hasn’t won since the 2017 Open Championship and has dropped to 39th in the Official World Golf Ranking – faces a formidable set of obstacles in getting back to his former station.

Second, Spieth has usually stoked his narrative verbally. He’s a natural born explainer, one of the best ever at regaling an interview room with thoughtful and elaborate answers. As his longtime coach, Cameron McCormick told Golf Digest in early 2016: "Jordan never dodges. He's amazingly reflective, both during a round and after a round, and he likes to tell the whole story, such that it's authentic to his experience. It's his way of shedding light on a moment he wants to study, and he does it in a way that allows him to protect his armor."

In Spieth’s first four years on tour, there was usually something good to share. Even in times of disappointment, Spieth has been creative in finding the positive. But in the last two years, it’s gotten harder to offer self-analysis that protects the armor McCormick referenced.

Third, in a more aggressive media landscape, including a 24/7 network devoted to golf as well as expanding social platforms, scrutiny and judgment are more intense. Lexi Thompson recently announced she is taking a break from social media. Even the mostly stoic Brooks Koepka has proven sensitive to perceived slights from golf writers and analysts.

In retrospect, Tiger Woods was onto something. Whether he consciously thought it out or did it intuitively, Woods stubbornly refused to add fuel to discussions about the state of his game. As they were with Ben Hogan, golf writers might have been frustrated by his reluctance to engage. But especially because of the scrutiny Woods was under, that was probably the best course for maintaining a singular focus. And now that he is back in the mix, expect that strategy to continue.

The fact is, it’s always been hard to stay at the top in golf, the sport with arguably the smallest physical margin for error and the most time to think. Superstars are not immune. Gene Sarazen, in his autobiography (with Herbert Warren Wind), “Thirty Years of Championship Golf,” tells of how after winning three majors by age 21, an attempted swing change derailed his game for several years. In his autobiography (with Al Stump), “The Education of a Golfer,” Sam Snead was so afflicted with putting yips in 1947 in otherwise prime years of 1947 and 1948 that he only won once. And in both his autobiographies (the first with Wind and the second with Ken Bowden), Jack Nicklaus chronicled the constant adjustments he needed to employ – not always successfully – to keep his game from falling off.

But except for 1979 when he was nearly 40 years old, Nicklaus never really had a slump. One of his self-acknowledged strengths was mental compartmentalization, which allowed him to block any potentially negative notions that might have come up in a Q and A session and still lock in during competition. By contrast, Ben Crenshaw, always so cooperative and giving to the media, confessed that too much discussion about swing technique or past performances could get into his head, a factor in his being a streaky player. Crenshaw once said he played his best golf in his late teens. Why? “Maybe I didn’t think. I just did.”

That is the ideal in golf. But because of coverage that now includes increased statistical analysis and opinion-based commentary, it’s harder to attain for the best players than ever.  Beginning at age 15 in 2012, Lydia Ko won 14 times on the LPGA Tour with two majors. But since 2016, she has only won once, dropping from No. 1 in the world to 18th, all while being second guessed for her decisions to change instructors or caddies. In recent comments to New Zealand’s Radio Sport, she acknowledged that being under the microscope has changed her as a golfer.

"A lot of things came to me that I didn't really expect. The things that I'd dreamt of and more happened," she said. "Because of [how my career started] and now things aren't going so great, I get compared to that. One player told me, and I think it kind of came to me, that I'm never going to be the same. I might play as well as I did then or better or not as good, but I'm never going to be the same.”

Probably Spieth won’t be either. But it still doesn’t mean he can’t be better than ever.

At this week’s AT&T Byron Nelson, he’s showing some improvement. He finished the first 36 holes in the top 10, in position to post his first top 20 finish of the year. He is putting better, though he missed enough of Trinity Forest’s wide fairways to confirm that driving accuracy remains his biggest challenge. He ranks 202nd in strokes gained: off the tee on the PGA Tour.

Encouragingly, he bounced back both days from sloppy double bogeys on his ninth hole with solid play. And spoke optimistically – and economically – afterward.

Baby steps. Which would make his contending next at the PGA Championship at Bethpage Black, where he can complete the career Grand Slam, a gigantic step. Of course, special players have that capacity, like Nicklaus in 1986, Crenshaw in 1995, Woods in 2019. Spieth on the back nine at Royal Birkdale.

How close is Jordan Spieth? Closer.