How one shot sent Todd's career into a downward spiral, and how he recovered 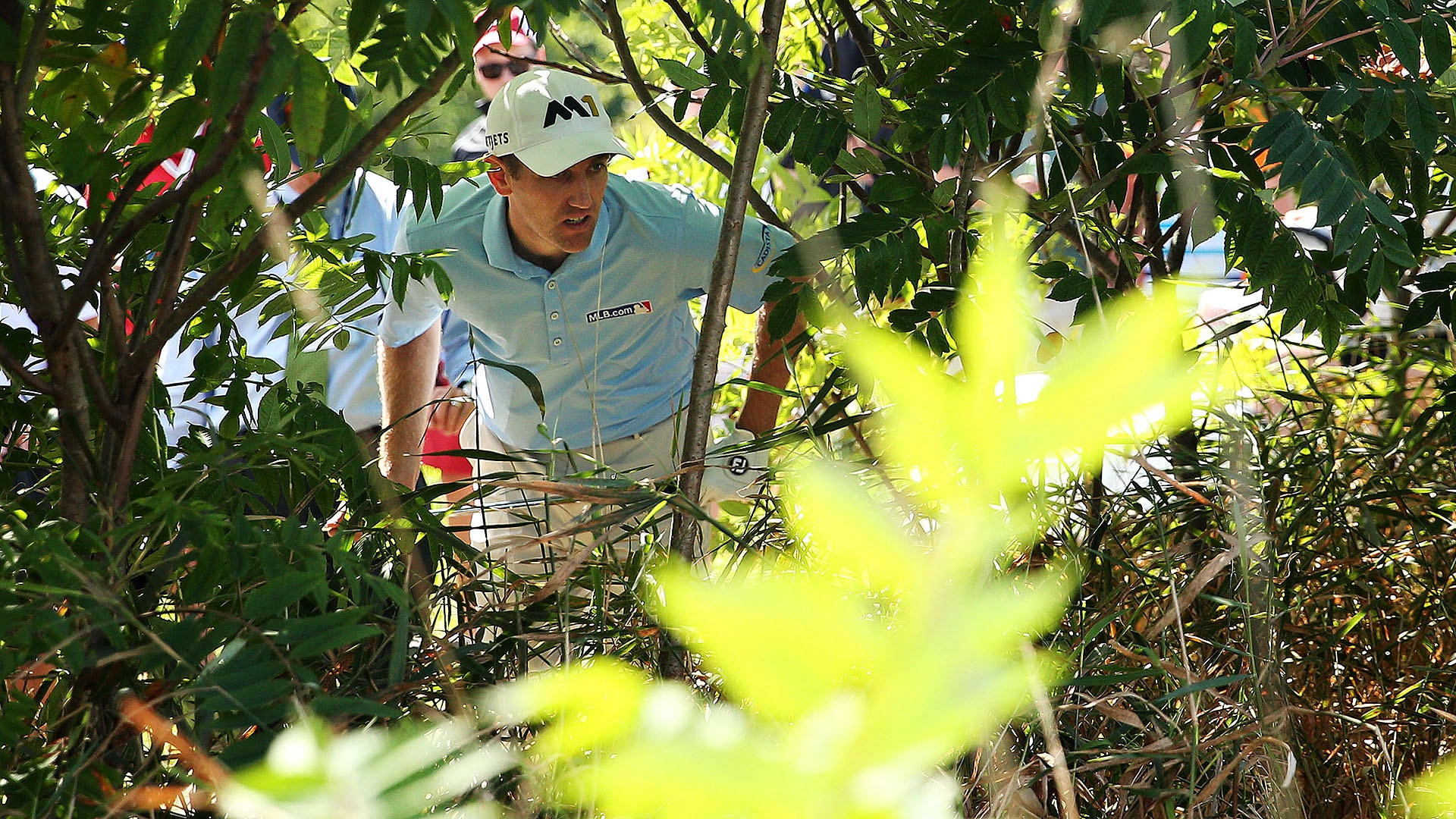 The miss was so wild, so unexpected, that it haunted Brendon Todd for years. He felt a sense of impending doom the moment the shot left his clubface in the third round of the 2015 BMW Championship.

At the time Todd was already a PGA Tour winner and a top-50 player in the world, but he had risen to those heights on the strength of a stellar short game and molten putter. For the most part he was an inconsistent ball-striker; even during his best season, in 2014, when he banked nearly $3.4 million, he hovered near the top 100 in strokes gained: tee to green.

A few weeks before the BMW, Todd worked with his swing coach, Scott Hamilton, on closing the clubface on the backswing. Flushing his irons, Todd fired two low rounds (66-63) at Conway Farms, enough to thrust him into the final group on the weekend of a FedExCup playoff event.

Even par early in the third round, Todd stood in the middle of the fairway on the par-4 fourth hole. He had 212 yards to the flag. He grabbed a 4-iron.

So far right that it airmailed a row of bushes and dove into the native area, leading to a penalty drop, a triple bogey and a third-round 76 that plummeted him out of contention.

“It kind of shook me a little bit,” he said.

But right there – that was it. That was the shot that sent his career into a tailspin.

That fall of 2015, the off-the-planet right miss would pop up again. In Napa. In Las Vegas. In Sea Island. Not every round, and not every tournament, but frequently enough to scare the hell out of him, to force him to overcompensate, to torpedo his confidence. All throughout 2016, he said, he “battled that scary right-yip feeling.” That sent him searching for new instructors and new methods, until he was so lost he’d forgotten who he was as a player.

Now 34, Todd never has shied away from talking about his inner demons, or the wrong directions his game has taken, or the endless struggles to regain his status. And why should he? He’s now an authority on the subject, having overcome years of frustration, embarrassment and anxiety to win again on the PGA Tour, this time at the inaugural Bermuda Championship.

Sitting next to the winner’s trophy Sunday, Todd gave a 702-word answer to a question about his “progression” from the 4-iron shot that altered the trajectory of his career. His detailed response was a fascinating (and harrowing) look into both the fragile psyche of a Tour player and the razor-thin margins between success and slump. It also helped illustrate why Todd possesses the most admirable athletic attribute: persistence, especially in the face of immense self-doubt.

After all, few players this decade have suffered a fall as spectacular as Todd. His swing and footwork a mess, he missed 39 of 44 Tour cuts. He dropped outside the top 2,000 in the world. He shot a combined 136 over par during the 2016-18 seasons. Had he played enough rounds to qualify, Todd would have ranked as the second-worst ball-striker on Tour in 2016 and ’17, and easily the worst in ’18, losing an average of 4.377 strokes to the field PER ROUND. Late last year, he began to confront the harsh reality that his game might be lost forever – he even instructed his agent to start searching for other employment opportunities.

But at the urging of a former Georgia teammate, Todd contacted Bradley Hughes, a one-time Tour member turned teaching pro. Todd had devoured the Australian’s e-book, “The Great Ball Strikers,” and was intrigued by his swing principles. After booking a lesson, Todd took off six weeks and worked on Hughes’ drills in his basement.

“I gave him permission to be B. Todd again,” Hughes tweeted Sunday. “Working on pressures & force and feels instead of positional swing points.”

That was roughly the same time that Ward Jarvis, a former caddie on the then-Nationwide circuit, reached out to Todd to offer his services on the mental side. “Look, man, I think I know what you’re going through,” said Jarvis, who now works as both a firefighter and performance coach. “I’m a stutterer; I have the same sort of mental breakdown that you have. I think there’s a way for us to work through it together.”

Jarvis instructed Todd to read a book written by former MLB phenom Rick Ankiel, the uber-talented pitcher whose career was briefly derailed by the yips. (Ankiel later became a capable outfielder.) The self-help book and long chats with Jarvis helped Todd reconceptualize himself.

“He was in no man’s land,” Jarvis said. “He was forced to address his mental lows for the first time in his life.”

And then: Progress. Todd first began to unlock his old form last November, when he shot 61 in the Monday qualifier for the RSM Classic. He gained confidence with a made cut on Sea Island, then played solidly enough in his 11 starts last season to earn a spot in the Korn Ferry Tour Finals, where he tied for second in the first postseason event. “He’s a totally different player,” Jarvis said. “He has a mental template now.”

A full-fledged Tour member once again, Todd shrugged off four more missed cuts before the lights-out performance in Bermuda. Rounds of 68-63-67 put him in the final group, and he soared into the lead Sunday after playing the first 11 holes in 9 under par. He cruised to a stunning 62, giving him a comfortable enough cushion to savor the walk up the 72nd hole – and to reflect on his improbable return from the abyss.

Afterward Todd hoped his second win would prove to be a springboard for a “really long, successful career,” but he’s experienced too much adversity to now expect a decade of consistency.

For now, this hard-earned knowledge is enough: He’s a winner again. His big miss is gone. And no slump is too severe to overcome.