‘I know what it looks like’: Pace says CP Women's Open WD is legit 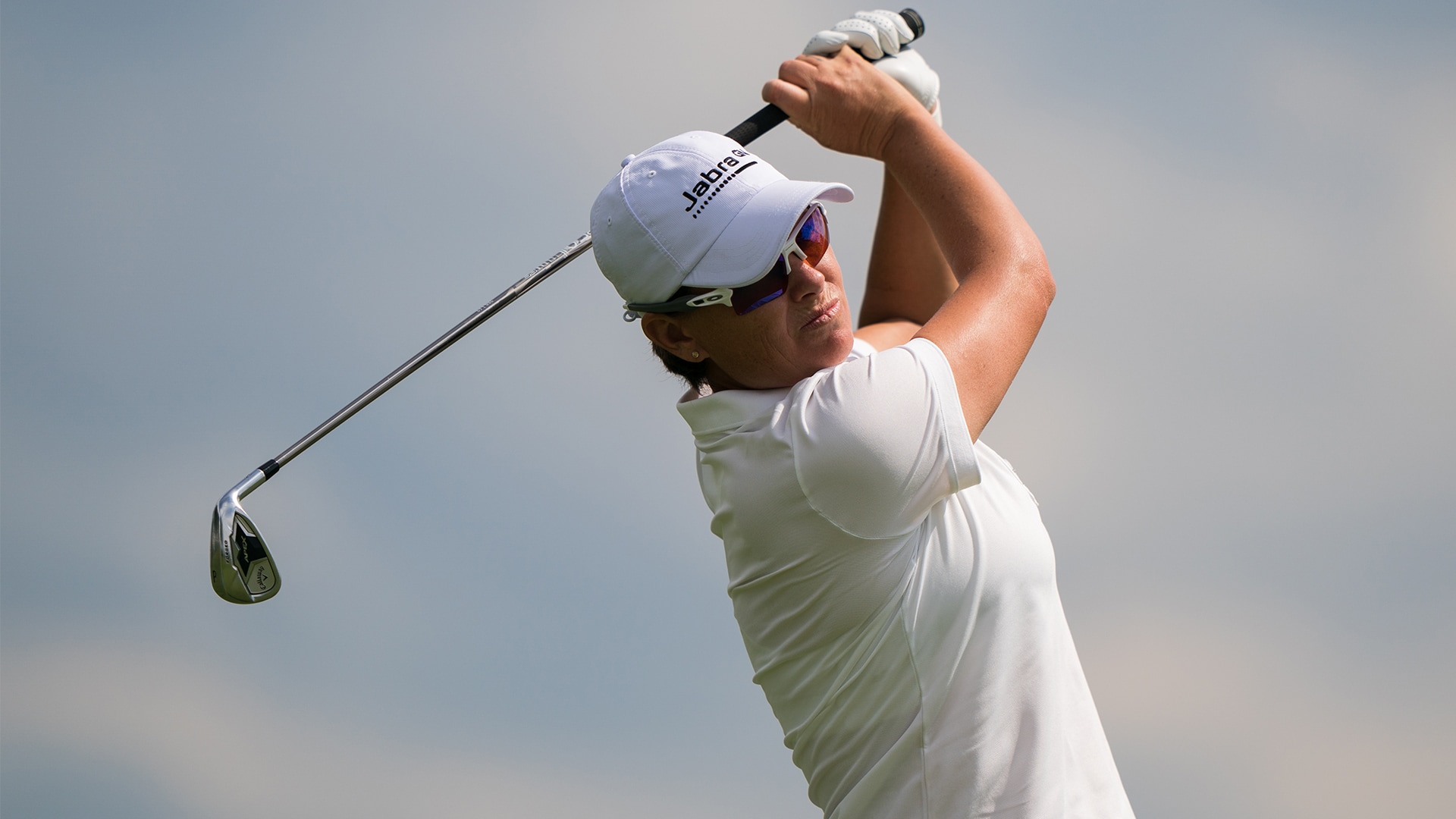 Lee-Anne Pace knows how it looks with a $1 million jackpot on the line, but she said her withdrawal after making a big number on the Aon Risk Reward Challenge hole Thursday at the CP Women’s Open wasn’t done to protect her lead in the season-long competition.

She told GolfChannel.com it was done to protect her ailing back, a problem that has plagued her most of the season.

Pace leads the Aon Risk Reward Challenge, an inaugural season-long competition where a hole is identified at individual tournament stops for its risk-reward dynamic. Players take their two best scores on that hole for the week, with the running totals posted on the LPGA’s website. The player who sports the best average on those holes at the end of the season will win $1 million.

Pace made a quadruple-bogey 9 at Magna Golf Club’s 14th hole in Thursday’s first round of the CP Women’s Open. That’s this week’s Aon Risk Reward hole. She said her hips were bothering her all morning, and she didn’t feel good hitting her second shot at the 14th into a bunker, where she drew an awkward stance for her more painful third shot on an upslope.

“I took a swing, and the left side of my back just got stuck,” Pace said.

With her withdrawal from the tournament shortly after making the high score, Pace’s 9 won’t count against her risk-reward scoring average.

“I know what it looks like, but I can guarantee that’s not the case,” Pace said. “It’s all legitimate. It just happened to happen there, on that hole. I understand what people are going to think. They’re going to think what they think, but I feel, under the circumstances, I did the right thing, to not keep playing with a bad back.”

Pace finished out the 14th hole in discomfort and then felt more pain hitting her tee shot at the 15th into the rough. She said that’s when she decided she couldn’t continue. She picked up and informed her playing partners, Stephanie Meadow and Laura Gonzalez Escallon, that she was withdrawing.

“I said 'I’m sorry I can’t play,' and then I went to a rules official and explained the situation,” Pace said. “From there, I went off the course and immediately to the Canadian Open doctor on site.”

Pace struggled through the round, with seven bogeys, that quadruple bogey and two birdies. She was 9 over through 14 holes when she WD’d.

Pace said she also went to visit the LPGA’s tour physiotherapist for treatment.

“My hips were completely out of place,” Pace said. “One of my legs was about 5 centimeters longer than the other leg, which is quite a lot. The physio just sort of put the hips back in place. That’s what was causing the problems with my lower back.”

“It is unfortunate that Lee-Anne had to withdraw,” said Heather Daly-Donofrio, the LPGA's tour operations officer. “Her withdrawal due to her recurring back issue met LPGA guidelines and we hope she will be able to return to play soon.”

Pace said hip displacement has been an ongoing issue for her this year. She also withdrew from the Mediheal Championship in San Francisco, with intercostal muscle pain that may be related to her hip issues. She took five weeks off to recover from that. She has missed the cut or withdrawn in six of her last eight starts.

“I’ve always had problems with my hips,” Pace said. “They are kind of inverted. When I get stiff in that area, my left leg tends to go longer than my right, and that pulls the left side of my back out of place, and it goes into spasms.”

Pace, 38, said the problem is making her seriously consider retiring at season’s end.

“I just think it’s about getting older, and wear and tear,” Pace said.

There’s a challenge left for Pace to close out and win the Aon Risk Reward Challenge. She needs to play in 40 rounds to be eligible to win the $1 million prize at year’s end. She has registered 38 rounds, but only 35 count toward the risk-reward competition. The Vic Open didn’t have a designated risk-reward hole in the three rounds she played there.

At 132nd on the LPGA’s money list, Pace won’t be getting into the limited-field Asian events in the fall, so her window of opportunity is closing. She is scheduled to play next week’s Cambia Portland Classic and also hopes to play the Indy Women in Tech Championship in late September and Volunteers of America Classic in Texas in early October to reach the 40 rounds she needs to be eligible for the Aon Risk Reward Challenge prize.

“Hopefully, I can get my body sorted out,” Pace said. 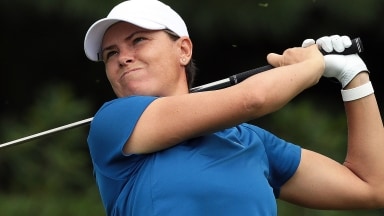 Lee-Anne Pace slammed her sand wedge against a stake after hitting a shot at the eighth hole Friday. It later got her disqualified for violating Rule 4-3b. 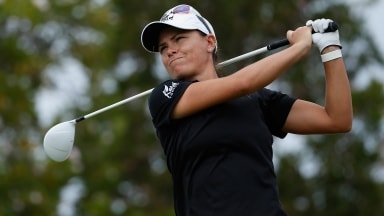 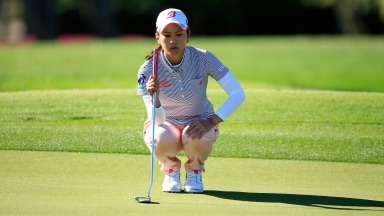 Ai Miyazato birdied four of the first six holes and shot a 5-under 67 in perfect conditions to take the early lead in the ANA Inspiration on Thursday.