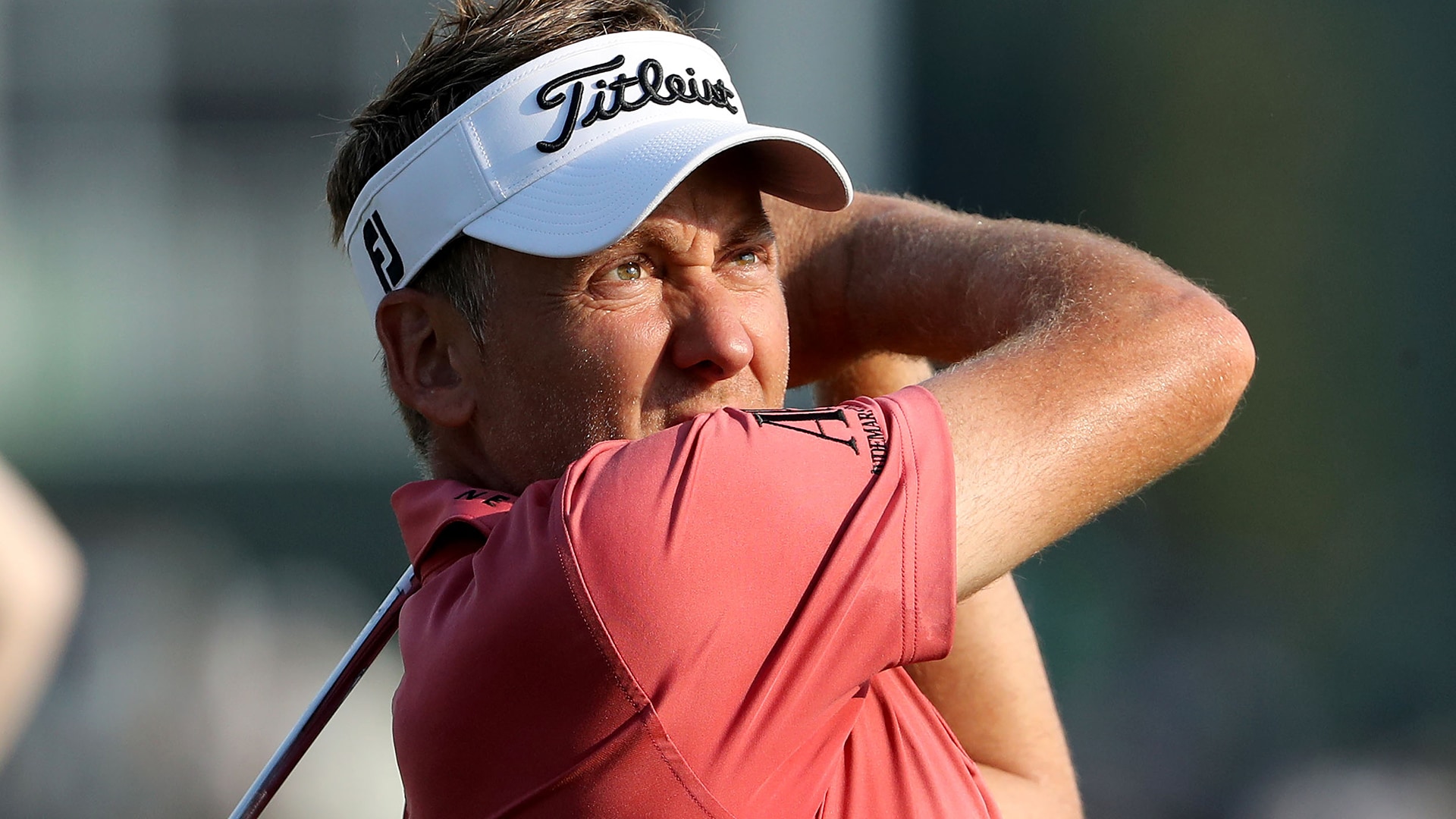 PONTE VEDRA BEACH, Fla. – Walking off the 17th green, Ian Poulter glanced at the oversized scoreboard and couldn’t help but notice his position – tied for second place at 10 under par.

When his drive at the 18th hole trickled into the right rough, he was even more confident about his chances nearing the end of a round that included six birdies and just a single bogey to that point. Things went the wrong direction quickly.

Poulter caught a “flyer” with his 8-iron approach shot and ended up in an awkward lie in the bunker left of the green. Four shots later, he was headed to the clubhouse with a double bogey-6 and an 8-under total, nine shots off the lead.

“That water is going to taste like acid in a minute when I finally have a drink. I'm raging right now. Not happy. Extremely disappointing from that position,” said Poulter, who finished runner-up at The Players last year. “I couldn't imagine if I would have had 50 attempts again from where I was where I would make double, but I managed to do it right there.”

Despite the Englishman’s poor finish, he will still have another chance to pad his resume at TPC Sawgrass, and he also knows from experience how challenging the final round can be.

“It's a tough golf course. It's a clever golf course. You need to play super smart. It can get windy around here and the greens can get firm. We like tough conditions,” he said.