If there's one word to sum up FedExCup champ Dustin Johnson, it's resilient 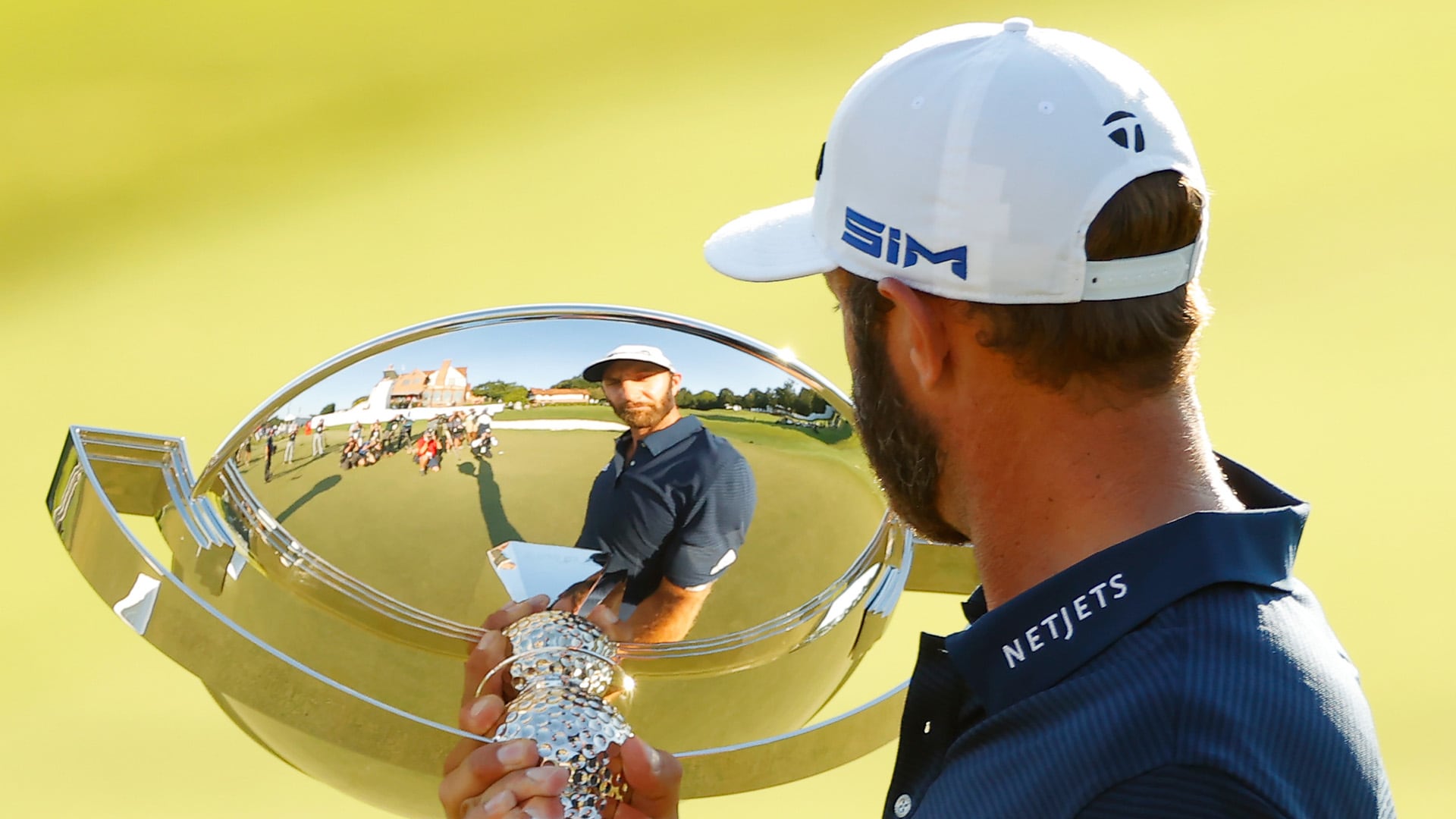 The 36-year-old can appear indifferent. He can sound aloof. He can look immovable with a brand of golf that’s a cross between power lifting and lawn darts.

But it’s moments like Monday at the Tour Championship when the iron will is cracked just enough to offer a glimpse into one of golf’s true enigmas.

There will be predictable handwringing over the net and gross champions at the PGA Tour’s big finish. For those not on social media, it was Xander Schauffele who won the “other” tournament.

But history will only recall that DJ was the sole and worthy champion of this postseason.

He was exactly one stroke from a 3-for-3 sweep of the playoffs. Instead, he’ll settle for going first (by 11 strokes) at The Northern Trust, second (in a dramatic playoff loss) at the BMW Championship and first (albeit with a strokes-based bias) at the Tour Championship after closing 68 for a 21-under total.

“I feel like the game is in really good form, playing some solid golf, and obviously contending every week. I'm playing probably some of the best golf I've ever played,” Johnson said, at his understated best. “There's plenty of room for improvement.”

Putting things in context isn’t one of DJ’s many strengths. Instead, he’ll usually shrug and search for some sort of cliché. But his performance this week at East Lake, and throughout the entire playoffs, is worth a thorough examination.

Having been a FedExCup bridesmaid twice already, he understood better than anyone the urgency of now. If finishing his career with the season-long title on his resume was a priority, and it was, this was an opportunity best not squandered.

“This [FedExCup] and The Players would be the boxes he’d like to check, but this more than The Players,” said Johnson’s long-time manager, David Winkle, with Hambric Sports. “The Players is one good week, but this is a season-long body of work.”

For those who would question Johnson’s desire to claim the season-long trophy, consider that before the pandemic halted play in March, he announced he would be skipping this year’s Olympics to focus on the postseason and claiming the elusive season-long title.

Perhaps the $15 million payday – really, it’s only $14.1 million with $900,000 deferred into his player retirement fund – is all the reason he needed. But DJ’s not really the type to be sighted tooling around Jupiter, Florida, in an expensive sports car. In fact, he’s almost never tooling around South Florida in a car, opting instead for his most recent purchase.

“He just bought a boat that he loves. He’d rather be out on the water than anywhere else,” Winkle said.

It wasn’t as easy as the final three-stroke tally made it look. There were issues with his driver through two nervy days to start the event. But as he’s done so many times in his career, he dug the answers out of the dirt late Saturday and was his powerful self over the final two rounds, when he hit 17 of his final 28 fairways and gained 1 ½ shots on the field off the tee.

Even when his five-stroke overnight advantage dwindled to just two shots early on the closing loop on Labor Day, he remained unflappable – at least outwardly.

When the tournament and season appeared to be at a tipping point – just as Schauffele was lining up a 26-footer for birdie on the 15th hole – Johnson was his indifferent best, banging home a 21-footer for par like he called backboard in a game of H.O.R.S.E. It could have been a swing that would have erased Johnson's lead. Instead, he remained two clear.

“That putt was definitely kind of the turning point for me there on the back nine. You know, obviously it gave me the confidence and kind of kept the round going in the right direction,” he said.

From the ashes of two of his worst driving rounds this season emerged a career accomplishment. The story of DJ’s career is one of endless adjustments, and 2020 was a microcosm of that often-overlooked ability. When his season appeared to be derailed with back-to-back rounds of 80 at the Memorial, he bounced back for his best performance ever in the playoffs.

“I played with him at the Memorial, and I've never seen him as lost, anywhere remotely close to that lost,” said Justin Thomas, who tied for second place with Schauffele at 18 under. “He was grinding his ass off. He was putting so bad and playing so bad. But he never gave up. He wasn't quitting.

“He was just trying to find it out there, and he couldn't find it again the next week, and then next thing you know, what, two months later he's the FedExCup champion and running away.”

It’s a FedExCup title that he can now add to Hall of Fame resume, which includes his major championship and 13 consecutive seasons and counting with at least one Tour victory. Those feats are his career headlines, but don’t tell the entire story.

There are endless ways to consider what makes Dustin Dustin, but the most fitting characteristic? Resilience.

Not surprisingly, Dustin Johnson and Scottie Scheffler were named PGA Tour Player of the Year and Rookie of the Year, respectively. 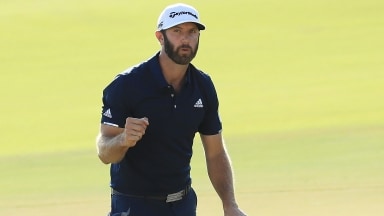 DJ remembers when $25K was a big deal

Dustin Johnson has won a ton of cash this year. It's been a very lucrative career, but DJ can remember when he was just starting out. Dustin Johnson won his 23rd PGA Tour event and his first FedExCup title at the Tour Championship. Here's a look inside the winner's bag.