Inside the curious slide and celebrated resurgence of Jordan Spieth 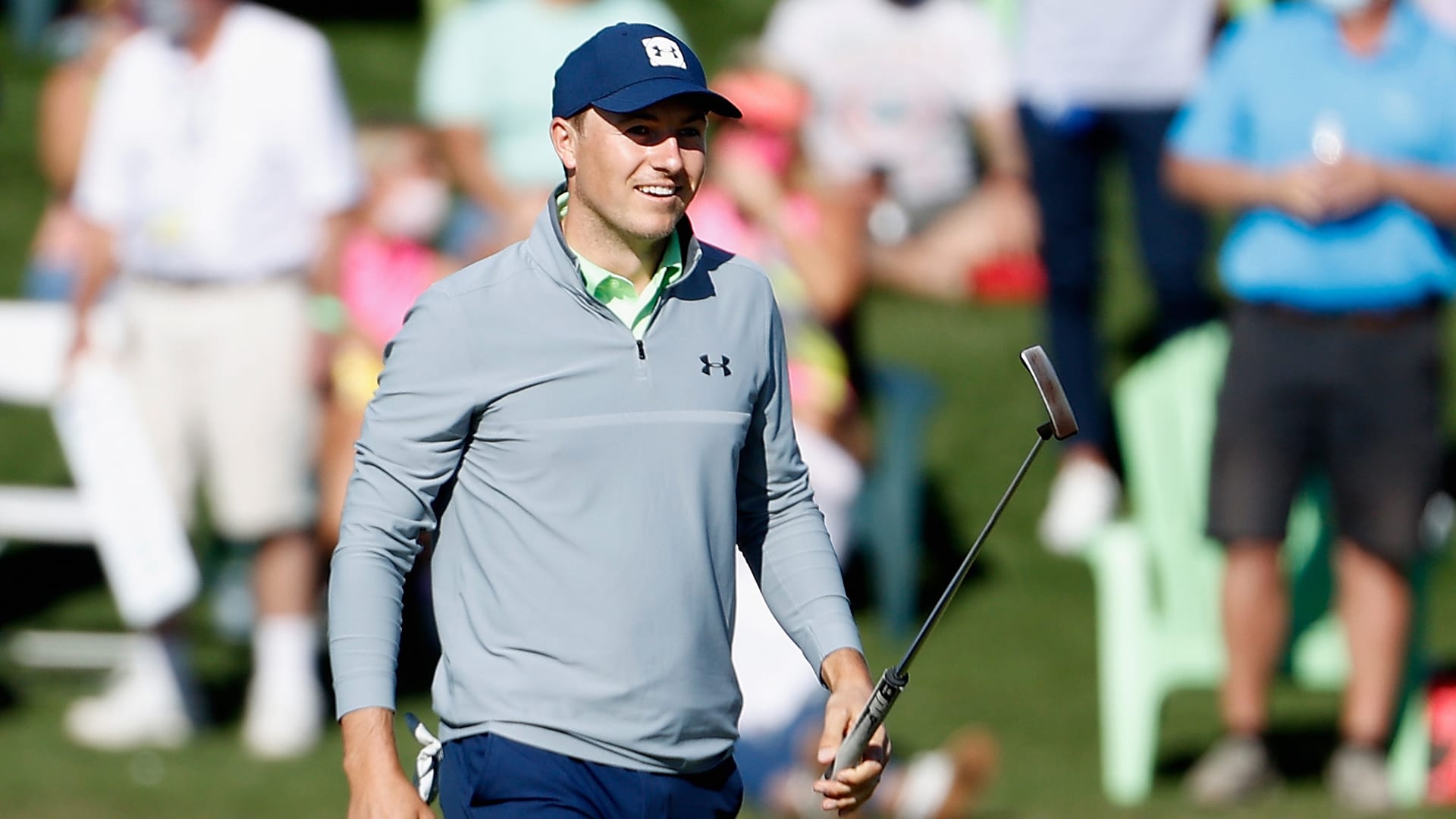 “I was sitting back and saying that I need to consider what the plan is going forward, because I’m not going to do any more seasons like I’ve just had the last few,” Spieth said during a recent interview. “I’m not happy. So, I need to figure out what’s the plan and I need to stick to it 100%, whatever it is.”

Spieth’s frustration was understandable. Here was the former world No. 1 with a ranking that was trending toward 100. The swing that made him a consistently excellent iron player had betrayed him; his driver, though never a dominant weapon, put him in perpetual danger. Even his famously hot putter, capable of producing Steph Curry-like scoring binges, had cooled. After his worst year as a pro, there was an increased sense of urgency.

And yet, in an era when top players continually tinker with their teams, seeking the slightest improvements, Spieth never made any foundational changes. He stuck with the same core group that had helped earn him the “Golden Child” moniker and three major titles by age 23 – and his loyalty was rewarded with a stirring run of play this spring that has been validating to his team, thrilling to his fans and reinvigorating to the superstar himself.

“It’s just really cool, because I feel like things are on the right track,” Spieth said. “It’s unfortunately slowly going that way; if I had moved there quicker, I feel like I’d have two wins in the past five tournaments. But it’s reversing some pretty bad trends for a long time, and that’s unusual for professional golfers. You don’t normally get that off.”

During his winningest seasons, Spieth was often miscast as the scrappy ball-striker who was bailed out by an otherworldly short game. Though true on occasion, it’s worth remembering he spent the majority of his career in rarefied air statistically, ranking inside the top 20 in the strokes-gained: total category in each of his first five seasons on Tour (including four of his first five in the top 6). In 2017, the year he last won, he was second in strokes gained: tee to green, propelling him to three wins, three runners-up and three third-place finishes. He joined Jack Nicklaus as the only players to capture three legs of the career Grand Slam before turning 24.

Spieth’s downturn started with a previously undisclosed injury: He suffered a bone chip in his left hand, likely while lifting weights. He said he should have gotten the area cleaned out in 2018 but opted not to go under the knife. (He doesn’t play much basketball anymore, because it still hurts to flick his wrist.) Playing away from pain, he made compensations to his grip, getting progressively weaker.

It’s easy to see the drop-off statistically: Spieth’s driving and approach stats plunged more than 100 spots from 2018 to ’19, to outside the top 140. Having formed poor habits, he had trouble reproducing his old action through slow-motion video and strayed from his swing’s DNA.

For longtime Spieth observers, his slide was disorienting. Dating to his days as an apple-cheeked junior, he’d been a dominant presence at every level, with a steady progression each year. “He was the older brother who, if there’s a basketball hoop, he’d be standing in front of it, blocking it and swatting it away 25 feet – he won everything growing up,” said fellow Texas native Will Zalatoris. “I’ve admired him. We really owe a lot of our success to him. Whatever he accomplished, that was the bar, and if we even sniffed it, we knew that we were doing all right.”

But for the first time in his career, Spieth wasn’t one of the weekly favorites anymore. Brooks Koepka leapfrogged him in the major department, Justin Thomas on the PGA Tour wins list. One of the game’s most popular players and authoritative voices, he was left off pre-tournament interview schedules. Once a lock for limited-field invitationals and team competitions, he failed to qualify or was overlooked for captain’s picks.

That period in the shadows was maddening and humbling – but also enlightening. 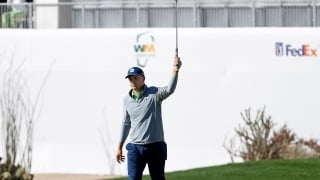 Jordan Spieth made a career-best 10 birdies and shot 10-under 61 Saturday to grab a share of the 54-hole lead at the Phoenix Open.

“I feel like I’m more my own person and make my own decisions more than ever before,” said Spieth, now 27. “It’s tough. You’re 19 to 22 years old and everybody is telling you your s--t doesn’t stink, and all of a sudden – it’s a unique position to be in for a lot of reasons. Then just trying to figure out what you did well and why you did it, when I used to think I knew everything but really I knew next to nothing about what I did and why I did it.”

The answers remained within his trusted team. Following his soul-searching in December, Spieth collaborated not just with longtime coach Cameron McCormick but also one of McCormick’s assistants, Corey Lundberg. The message was the same; all that changed was the delivery. Though he missed the cut by one in his 2021 debut at Torrey Pines, the weekend off gave Spieth a head start on further ingraining some new feels: getting the club into an impact position where he can “turn and burn,” powering into his left side and clearing out, rather than getting stuck and relying on his hands. It’s the breakthrough he’d been waiting for.

“That freed up everything for me, being able to feel that,” he said.

He fired a Saturday 61 in Phoenix, taking a share of the 54-hole lead for the first time in three years. (In a sign of how much he was missed: TV ratings were up 27%.)

A week later, at Pebble: Another third-round lead.

Three weeks after that, at Bay Hill: A two-shot deficit entering the final round.

Though there was room for improvement on Sundays, Spieth strung together three top-5s in four starts – the same number of top-5s he’d recorded in his previous 70 events. His approach-play statistics have returned to an elite level. He now sits just outside the top 50 (No. 54) in the world entering a de-facto home game for the WGC-Dell Match Play in Austin, and his major prospects also appear brighter: At 16-1, the 2015 champion has the fifth-best odds of any player entering the Masters.

“Just watching him, he’s doing the Jordan Spieth stuff again,” Thomas said. “He’s making holes-in-one, he’s holing out bunker shots, he’s making long putts – he’s got that walk, that swagger to his step, that confidence, and confidence is such a huge thing that you can’t just turn a switch on and say: I’m confident now. It’s all the work he’s put in.”

Spieth tied for 48th at The Players, but he still walked away pleased with his progress. Warming up on the range before the second round, he told caddie Michael Greller that it was the worst he’d felt in the past six weeks. “We’ve got to make do today,” he said, and he grinded out a 74 to make the cut. That was encouraging, too: “That’s when I start to see, when it doesn’t feel good, it’s actually showing up. So, my feels are correct, as opposed to not being certain about it.” A day later, he “put on a stripe show,” signing for 68.

Afterward, he gushed about his tee shot on No. 14, one of the most difficult holes at TPC Sawgrass, with water left and moguls right. Spieth teed it lower, to make sure he cleared. Then he lined up down the left side, turned and burned, and blistered a 5-yard fade, leading to a rare birdie on the 483-yard par 4. “I go back a month and a half ago,” he said, “and I had no prayer of trusting that shot, let alone hitting it.”

“It’s been really fun progressing,” he added. “It makes you want to get up in the morning and go to work. You’re happier. You’re just in a better place.”

Despite a better head space, an ascendant world ranking and improving stats, Spieth knows he’s not on the other side of this slump, not yet, not until he’s more consistent, not until he wins. But heading into major season, he’s infinitely closer than where he was three months ago.

“With all this scar tissue and more appreciation for everything,” he said, “I feel like I can actually be more consistent and better for a long time now.”