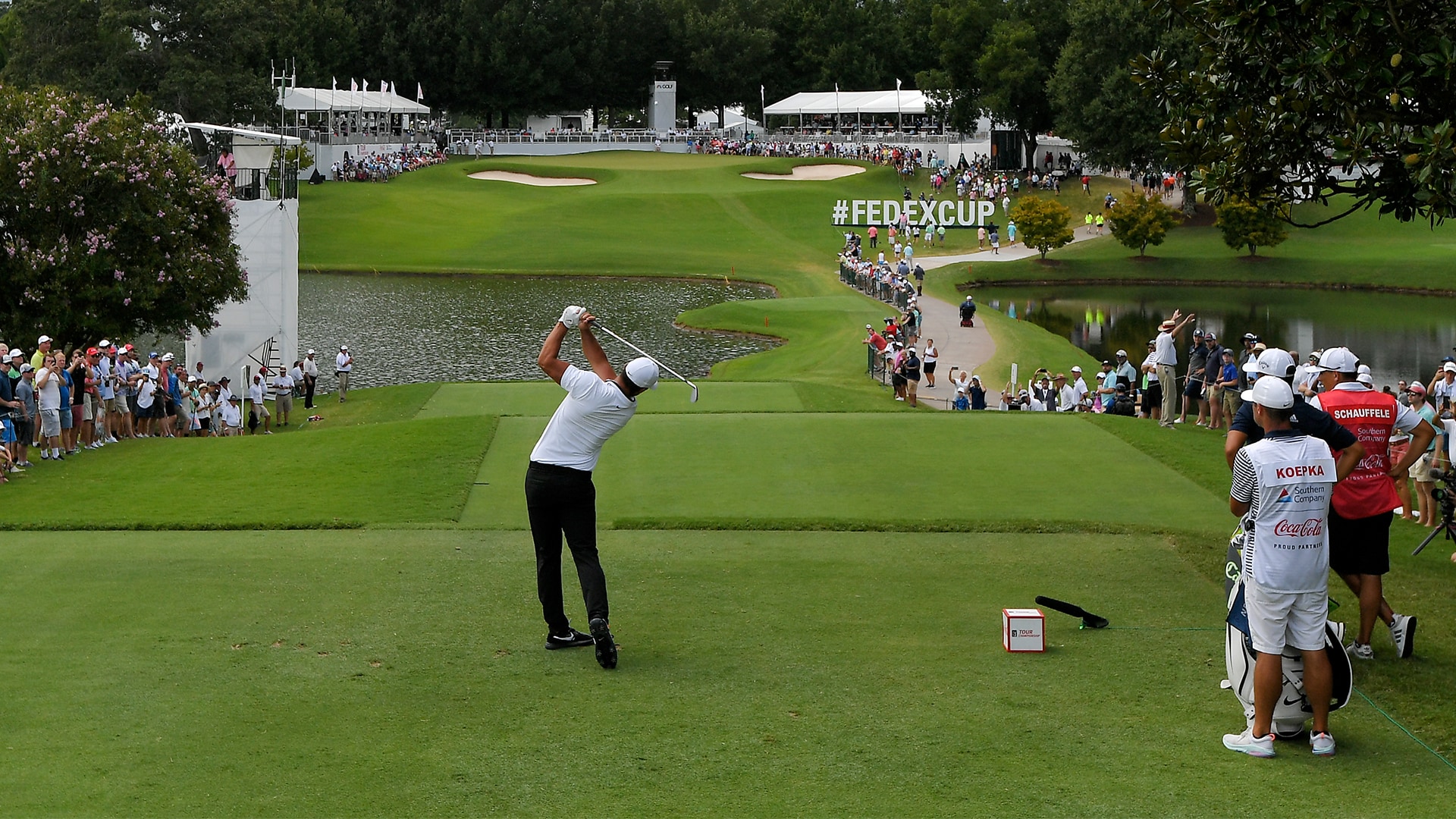 ATLANTA – It’s been so long since golf was played at East Lake without asterisks and small print, Friday’s clarity felt strangely misplaced.

After a dozen years of trial and largely error, the new scoring format may not be the answer, but it’s certainly prompted far fewer questions, and when it comes to the PGA Tour’s big finish, less uncertainty is a healthy step in the right direction.

After 36 holes and months of speculation, this is exceedingly simple. Steve Sands, who served as the FedExCup’s primary tour guide for so many years, can keep his whiteboard and interactive trinkets. The Tour hawks who would annually try to explain the complicated formula, which was never able to keep pace with the urgency of the moment, can allow the action on the course to do the explaining.

“Yesterday was weird. I told my dad that. It's just so odd looking over and seeing 10 under,” said Justin Thomas, who trails Koepka by a shot. “I don't know, it was odd, but today definitely felt more normal. It felt like I was just trying to build a lead as opposed to yesterday.”

There were a few tense moments on Thursday as play was getting underway with a leaderboard packed with under-par totals. Thomas, the points leader entering the week, hadn’t hit a shot and was 10 under. Lucas Glover had and was 3 over. But as those manufactured numbers began to give way to reality, an uncluttered picture emerged.

As contrived as the new scoring format for the Tour Championship may be, and it is contrived, midway to the moment of truth there seems to be less explaining and more enjoying at East Lake.

It’s the first real clarity at the finale since 2008 when Vijay Singh needed to earn nothing more compelling than a participation certificate at the Tour Championship to collect the season-long spoils.

That the leaderboard through two rounds at this year’s finale is filled with this season’s bona fide best only adds to the legitimacy.

The Tour ditched money as the ultimate barometer of success when it transitioned to playoff golf in 2007, but as a guide free of the biases that are cooked into the FedExCup points structure consider that the top 5 on Friday’s leaderboard include Nos. 1 (Koepka), 2 (Rory McIlroy), 6 (Xander Schauffele) and 8 (Thomas) on this year’s earnings list, with Nos. 3 (Matt Kuchar) and 4 (Patrick Cantlay) rounding out the top 10.

There was uncertainty when the Tour announced the new format, which staggers the starting leaderboard based on a player’s position on the FedExCup points list. Thomas began the week at 10 under par. The next four players on the points list started at 8 under through 5 under, respectively, while Nos. 6-10 started at 4 under par with the total regressing by one stroke every five players. Those ranked 26th through 30th started at even par.

As odd as all this seemed to the masses it was just as unsettling for the players who aren’t accustomed to playing in the net division. The next time you see a Tour type negotiating for strokes on the first tee will be the first time.

“I'm just glad they didn't start the leader off at even and us at plus 10. I think that would have been even more humiliating,” Charles Howell III admitted.

But the bigger, and more substantial, concern focused on the very real possibility that Sunday’s champion won’t be the player with the lowest total this week, and even after two relatively encouraging days, that outcome is still very much a possibility considering that without the strokes-based padding McIlroy, Paul Casey and Schauffele would be tied for the lead at 7 under with Koepka a shot back.

“If the FedExCup really wants to have this legacy in the game, like some of these other championships do, is people starting the tournament on different numbers the best way to do it?” McIlroy earnestly asked earlier this week.

McIlroy’s point is valid. You don’t build a franchise on a gimmick and if early reviews are any indication the circuit is still searching for the proper balance between postseason volatility and regular-season accountability.

Maybe this version of golf’s postseason will suffer the same fate as all the other well-intended iterations. Maybe the player with the lowest score on Sunday won’t be the player with the flush bank account on Monday. Maybe McIlroy is right. But for two scorching days, the asterisks were gone and for an event that’s had to do far too much explaining and not enough enjoying in recent years, that feels like a victory.