It may have taken 210 days, but Francesco Molinari is back on the PGA Tour 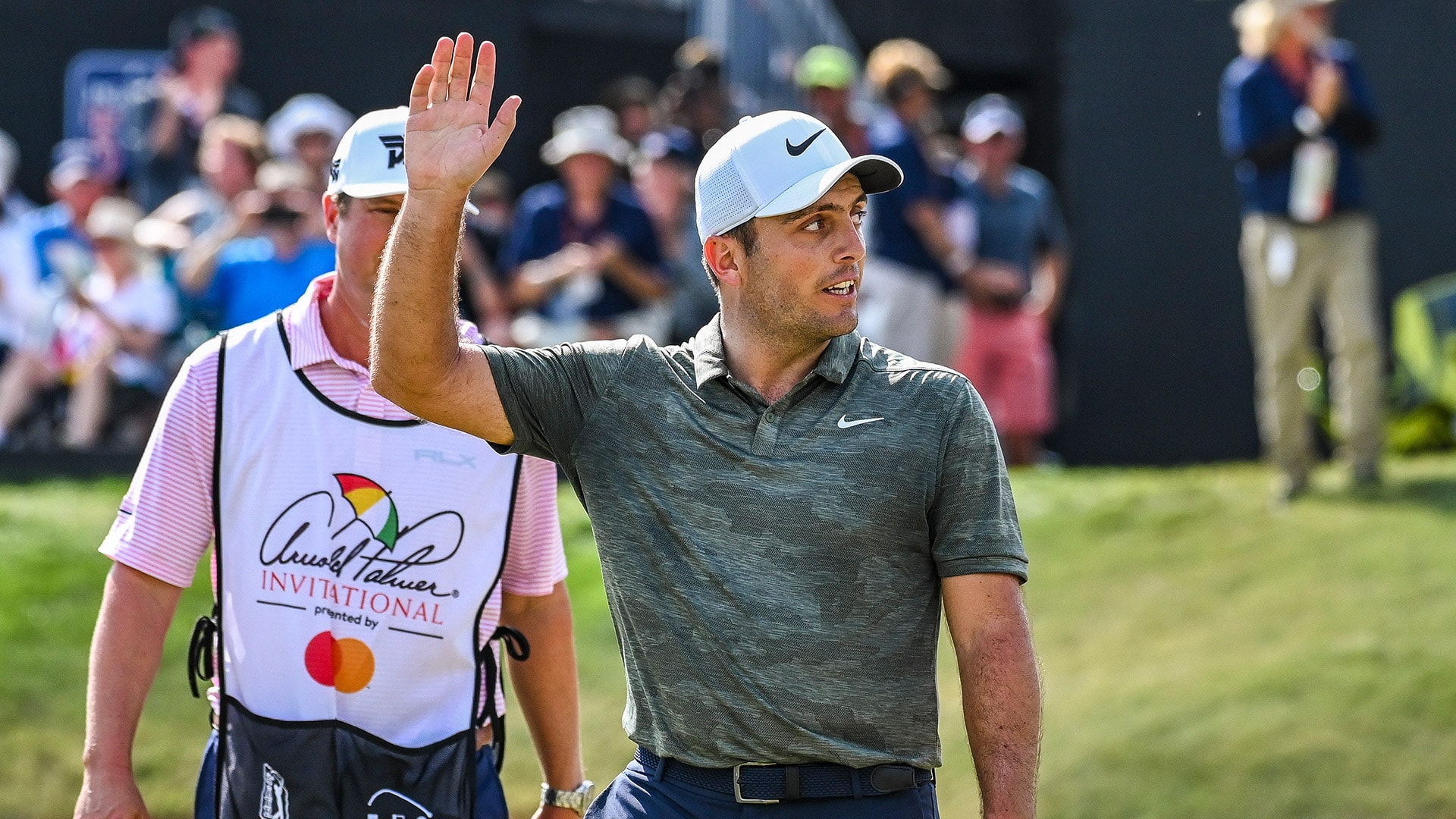 When Francesco Molinari tees off in Round 1 on Thursday at the Shriners Hospitals for Children Open, it will mark his first competitive round in 210 days. When COVID-19 suspended play on the PGA Tour in mid-March, everyone crawled into their own version of a pandemic shell. But this – even by strange-days standards – was extreme.

Since Molinari packed his bags at The Players Championship, Major League Baseball began its season and has already lurched into a postseason. The NBA restarted its schedule and could crown a champion as soon as Thursday night. The Tampa Bay Lightning became NHL champs last week. And the NFL and college football are off and running.

There is no shortage of reasons why the Italian waited nearly seven months to get back to his day job. The most important, and the most honest, was his family.

Up until March, Molinari and his family lived in London, where he and his wife, Valentina, settled before they had children. But as a global pandemic began to alter everyday life, the family decided to look elsewhere.

“I would say not only in career-wise, it's obviously more of a family decision in the end, life decision,” Molinari said Wednesday at TPC Summerlin. “I'm going to try to make the most of it obviously, and hopefully we can settle in California and be there for a long time.”

The Molinaris first considered San Francisco as a possible landing spot but ultimately ended up in Los Angeles. Many of those 210 days away from golf were spent finding a new house and navigating ever-changing quarantine requirements.

Ironically, Molinari was in San Francisco the week of the PGA Championship at TPC Harding Park. He took his children to the zoo and was exploring the city – you know, the things families do when they relocate, never mind that the year’s first major is being played just miles away and dad is a major champion and a European Ryder Cup hero.

During last month’s U.S. Open, Molinari was practicing and thought about coming back at Winged Foot, but he conceded, with a wry smile, that it was “probably not the best idea” given the brutal conditions.

Instead, his comeback plan is conservative, with his only other scheduled starts to finish the year being the Houston Open and Masters in November. It’s not a huge surprise that after 210 days away from the Tour, Molinari’s expectations are low.

“I haven't played that much golf really in the last few months, so we'll see what happens here,” he said. “For me it's just a case of being back out starting the process and just being ready to see what I can do on the course.”

Relocating his family across the globe during a pandemic qualifies on every level as a reason to step away from the game, but if Molinari is being honest, walking away when he did was about much more than a simple change of scenery.

Some will contend that the 2019 Masters and Tiger Woods’ historic victory sent Molinari into a downward spiral he still hasn’t recovered from. Molinari was fresh off the 2018 Ryder Cup, where he teamed with Tommy Fleetwood to go 5-0, and he was starting to make his victory at the 2018 Open Championship look like the beginning of something truly special.

But beginning the final round at Augusta National with a two-stroke lead, he never looked comfortable and limped home with a 74 to finish tied for fifth. Since that Sunday, he’s failed to post a top-10 finish on Tour, and before the schedule was halted, he missed three of four cuts and tied for 53rd, out of 72 players, at the World Golf Championships event in Mexico. And then there was the back injury that forced him to withdraw from Bay Hill.

He desperately needed a break.

“Mentally I'm definitely in a very different spot than I was in February or March. I wasn't in a great place with my game back then and I was low in confidence, which happens throughout the career,” he said. “It was probably in a way a good time for me to take a step away from the game.”

At 37 years old, Molinari understands the ebbs and flow of the game as well as anyone, and he knows that 210 days to recharge and refresh may have been exactly what his battered psyche needed. But a game built on repetitions is a little more demanding.

When asked if his plan is to be ready for the Masters, Molinari quickly dismisses that idea, instead looking more long range to Jan. 1 and the start of the new calendar as his benchmark. This is less about lowering expectations than it is being realistic. “I've been playing probably as little golf as ever in my life,” he admitted.

But where Molinari grabs a glimmer of hope is where 210 days provide predictable relief. He didn’t miss golf, not at first, but as the days wore on and the Tour slowly returned to something approaching normal in 2020, the pull of the game returned.

“Definitely the longer you're away the more I was missing it. Yeah, especially not playing the PGA [Championship], the U.S. Open, but even just seeing everyone out playing,” he said. “I did miss it.”

Molinari committed to his family to make their move to the United States the right one. He also committed himself to only return to the Tour when he was mentally ready to compete.

There’s no way to know for sure, but 210 days feels about right.