It might get loud: Henderson eyes Canadian repeat, but Ko stands in way 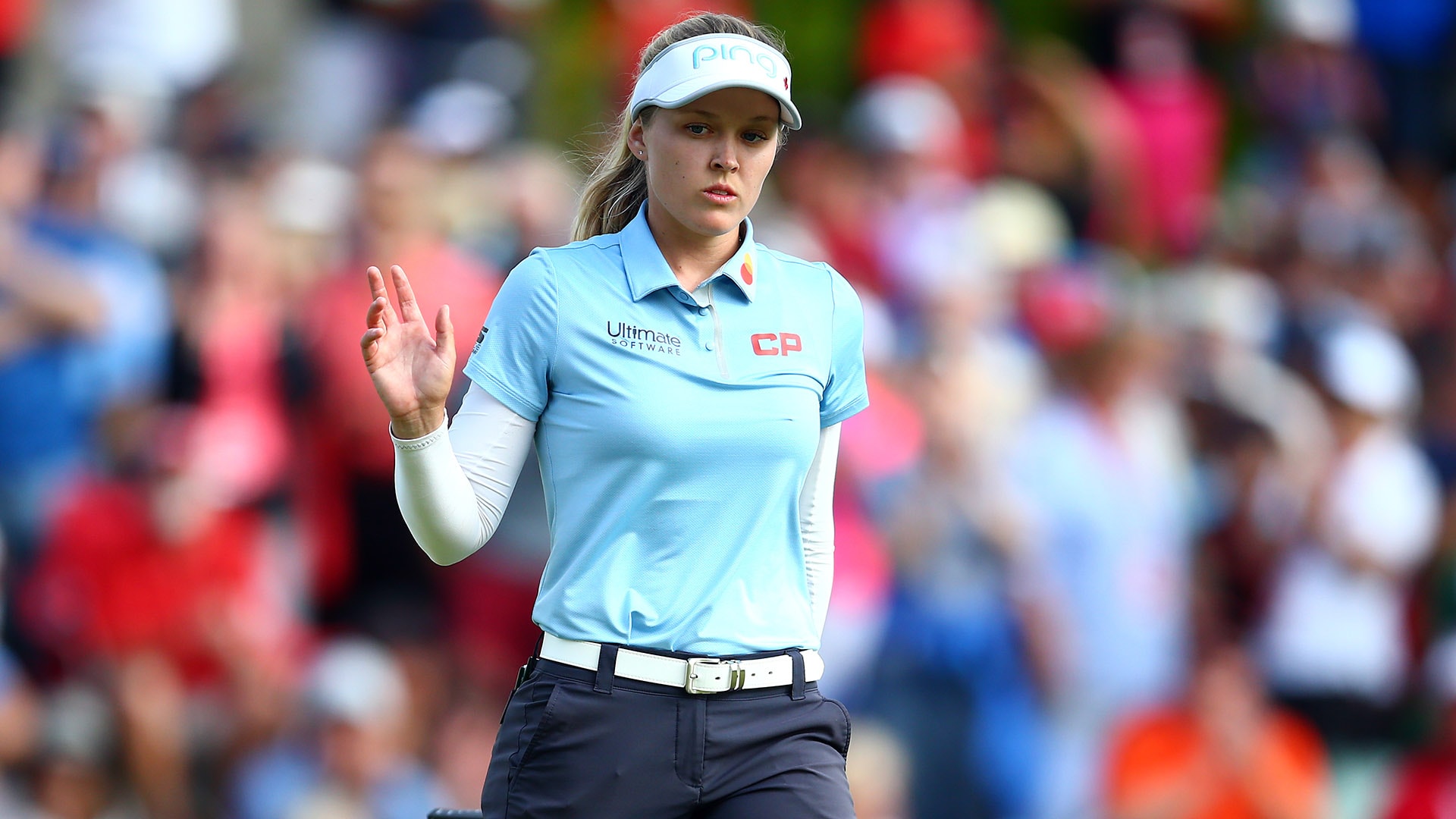 With a brilliant third-round charge Saturday, Henderson excited all the Canadians who poured out in such large numbers to support her bid to win the CP Women’s Open in back-to-back years.

With a 7-under 65, Henderson set up a showdown with Rolex world No. 1 Jin Young Ko. Henderson’s rally moved her into the final Sunday grouping, where she will begin the final round two shots behind Ko and Nicole Broch Larsen.

“Hopefully, I can just kind of repeat what I did today,” Henderson said.

Ko and Larsen could hear the excitement Henderson was creating in front of them.

“We could definitely hear those roars coming in on the back nine,” Larsen said. “Every time they went a little bit louder than normal I felt like, yeah, you knew Brooke made a birdie.”

After two bogeys early in her round, Henderson found herself eight shots behind Larsen through seven holes. That didn’t last long. Henderson made seven birdies and an eagle over the final 11 holes, playing them in 9 under. She shot 29 on the back side.

“It was just a lot of fun out there,” Henderson said.

When Henderson won in Saskatchewan last year, she became the first Canadian to hoist the country’s national women’s open trophy since Jocelyne Bourassa won the inaugural title in 1973.

“To do it once is incredible,” Henderson said. “To do it twice would be really awesome.”

Henderson is No. 8 in the world rankings and looking to narrow the gap on Ko.

“She's No. 1 in the world, and she's had an incredible year,” Henderson said. “I think it will be a fun challenge for me tomorrow. I think if I play like I did on the back nine today, then I have a real shot at it.”

Ko and Larsen put on their own shows playing together. Both got to 18 under overall, with Ko equaling Henderson’s 65 and Larsen shooting 66.

Henderson turned the final round of the CP Women’s Open into a parade last year. She closed out with a 65 to win by four shots.

“If I could shoot another 65 like I did Sunday of the last CP Women's Open, that would be pretty special,” Henderson said.