'It was going to suck': Best quotes from Wednesday at the Presidents Cup 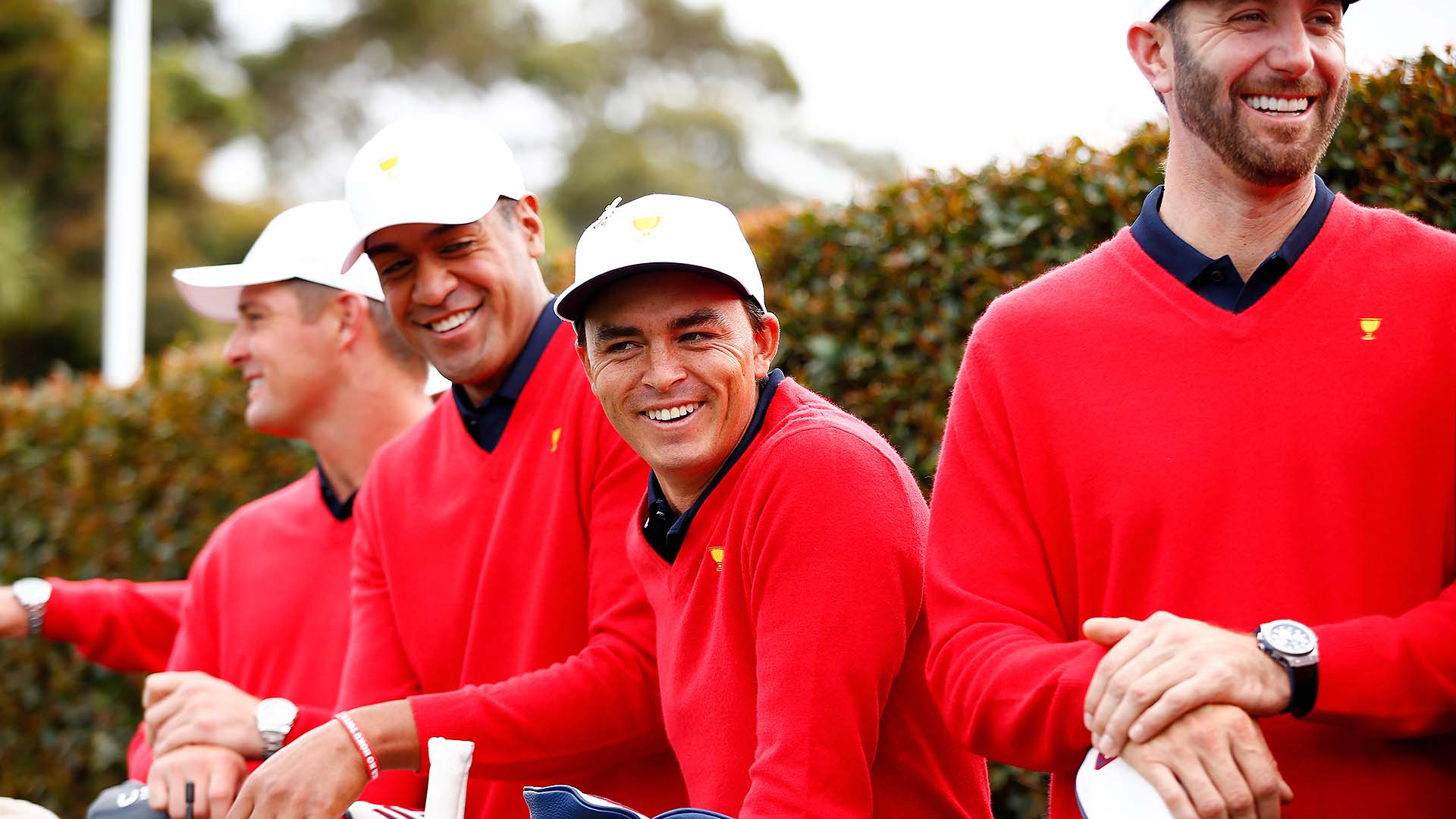 MELBOURNE, Australia – Top quotes from players on the eve of the Presidents Cup at Royal Melbourne.

Rickie Fowler on almost missing out on the Presidents Cup.

“Yeah, it was going to suck for me not being on the team because of how much I love the team aspect but also how much I love Australia and the golf down here, missing out on just a really cool opportunity, and when you look back at it, that's on me. I didn't make it on points, which would have made it a lot easier. That's just the way it is. So, it was left up to Tiger and the guys that made the team. We're here now, so it doesn't really matter.”

“I'll tell you what, you guys know, when Tiger Woods talks, people listen. Some of the past teams, he's been a player and he's let the captains do the talking. This is a chance that he's got to get up and do the talking, and it's so cool as a player to get him to speak up and hear his thoughts, his ideas.”

Tony Finau on the difference in crowds compared to last year's Ryder Cup.

“Yeah, I think the atmosphere has been a little different. Last year during our practice rounds in Paris (Ryder Cup), I felt like a rock star, just meaning that the crowd made me feel that way. I don't think a lot of them had seen us outside of watching us on TV, so they were actually kind of cheering for us. That's a little different feel this week.”

Gary Woodland on the team aspect of the Presidents Cup.

“It's been a long time since I've been in a team sport. The stuff that I am enjoying right now is the stuff that I miss. The bus rides, the team atmosphere, hanging in the team room, the hazing, messing around with the guys. That's the fun stuff. The practice rounds, I'm not a huge practice round guy. The last two days have been great. We're having a great time out there, and that's what it's all about. It's an individual sport, but you see a bunch of guys come together, and that's what makes this team event so special.”

Dustin Johnson on the key to winning.

Cameron Smith on the biggest lunatic on the International team?

“Probably Haotong (Li). I've played with Haotong on Tuesday, and he did not shut up for 18 holes. He was quite impressive. I've never heard that many words come out of one mouth in four hours.”

Haotong Li on who he wants to play with.

“I think Adam Scott will be the perfect one for me. Especially he's my kind of idol, as well. Especially playing with him against in Australia is going to be a special memory for me.”

Sungjae Im on playing the Presidents Cup in his rookie season.

“To be able to play as a 21-year-old after a rookie season is pretty amazing. I'm so honored to see my name with the other great legends of golf playing on this team, so I'm very, very excited.”