It's going to take a lot, but here's how the Internationals can win the Presidents Cup 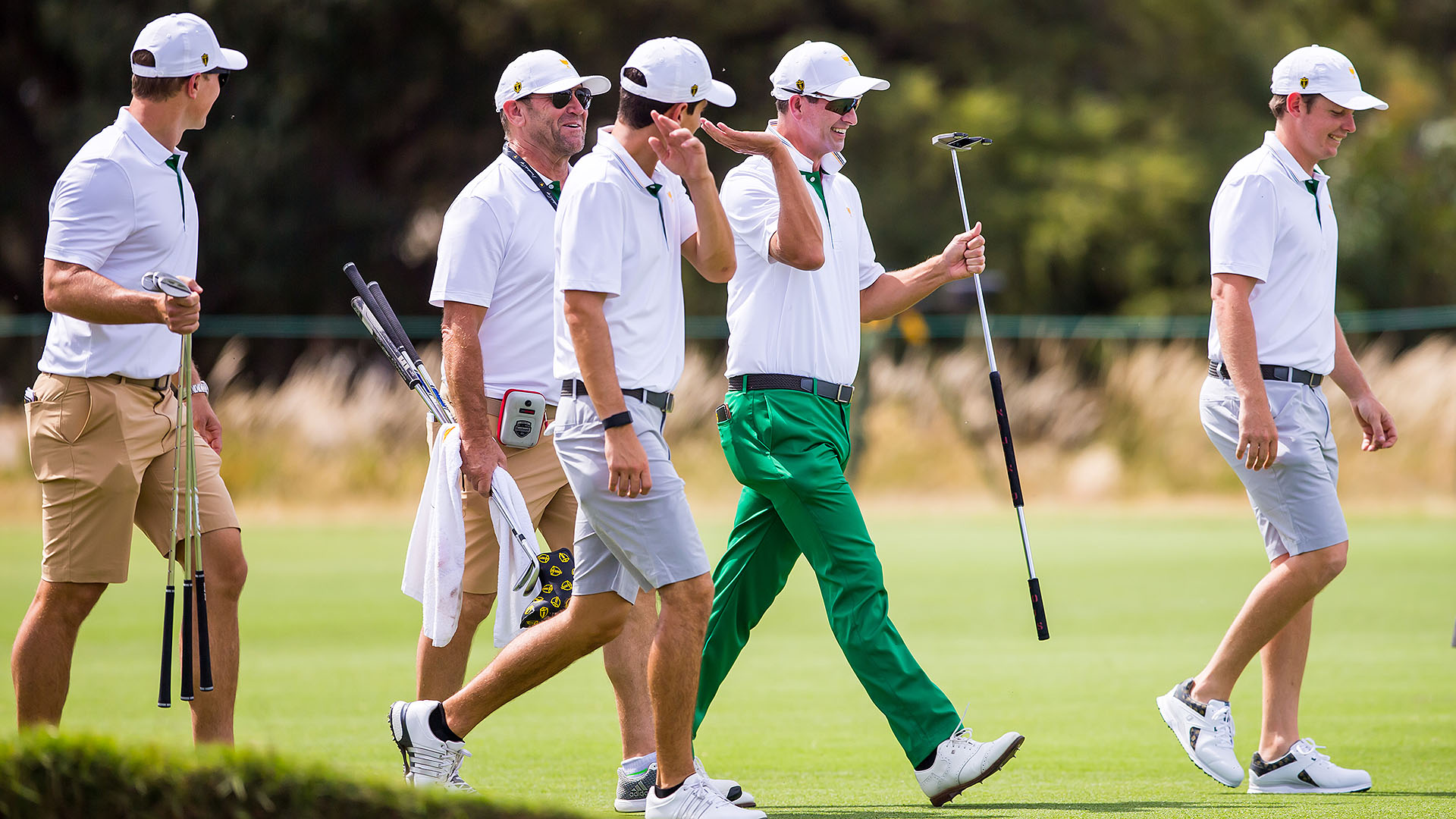 MELBOURNE, Australia – Every two years for more than a decade the biggest headline entering the Presidents Cup has been the same: The International team must win in order to make these biennial matches relevant.

But this year, more than ever, it’s the truth.

Americans hold a 10-1-1 overall record. The tie was back in 2003. The lone victory was in 1998 at Royal Melbourne, site of this year’s matches. Eight of the 10 U.S. victories have been won by margins of 3 points or more.

There have been 60 total sessions in Presidents Cup history. The International team has only won 18, including only one singles session in 12 attempts.

In 2015, the Internationals had a legitimate chance to win in Korea but came up a point short in a gripping contest. Then two years ago, at Liberty National, the U.S. trounced them so badly that the matches were nearly over Saturday evening, before Sunday singles.

As usual, the numbers this year indicate we will see more of the same.

Adam Scott is the highest ranked International team member, at No. 18. Ten members of the U.S. squad are ranked higher than that, and that doesn’t include top-ranked Brooks Koepka, who is sidelined for these matches. More than half of the International team is made up of rookies and only Louis Oosthuizen has a winning record for his squad.

All that aside, it’s time for history to change rather than repeat itself. Really and truly.

Time for Ernie Els’ team to step up and find a way to give the Presidents Cup a spark that it so desperately needs. Time to jump on the Americans early and often, send the Aussie crowd into a frenzy, and win for the first time in over 20 years.

Here’s the formula for how the International team can win.

•  They must win the first session (fourballs) outright. Gain confidence and momentum.

•  The Americans must play like they did last year at the Ryder Cup: Tired, uninspired and indifferent toward the golf course.

•  The Internationals must play like the Europeans did last year at the Ryder Cup: fresh, prepared, excited and confident.

•  Oosthuizen must act like the same man who has compiled a 7-5-3 record in three previous cups.

•  At least three of the seven rookies must have winning records. The pool comes from Aussie Cameron Smith, C.T. Pan, Joaquin Niemann, Haotong Li, Sungjae Im, Abraham Ancer and Ben An, who subbed for Jason Day. Day’s absence does not particularly harm the International team. His record in four previous cups is a meager 5-11-4.

•  Everyone is required to play only once before entering Sunday singles. Els must be unafraid to hide his weakest players.

•  U.S. captain Tiger Woods must be more focused on being a captain than playing. Not sure he will, but the International team needs him on the sidelines as often as possible. If he plays, say, four sessions, Adam Scott will not get his wish, because the Aussie gallery is going to love him.

•  The International team must hope that the Patrick Reed bunker dustup from last week in the Bahamas continues to be an issue. Leishman said it provides “pretty good ammo,” while Smith said he doesn’t “have any sympathy for anyone that cheats.” The Aussie crowds will follow their cue. It’s likely to become a big distraction for the Americans.

•  Patrick Cantlay, Bryson DeChambeau and Matt Kuchar must play as poorly as they did last week at the Hero World Challenge.

•  Dustin Johnson is a question mark because of his health. He must arrive rusty and show poor form.

•  Seven of the 12 International team members played the Australian Open last week and should be well-adjusted to the time and elements. They must somehow use that to their advantage.

•  Eleven of the 12 Americans played at the Hero World Challenge and the team arrived Monday afternoon. They have galas, media obligations, photo shoots, etc. Jetlag, motivation and lack of preparation absolutely could be issues.

•  Royal Melbourne isn’t going to play anything like normal, everyday PGA Tour courses. Americans play longer and softer courses. It should be windy and temperatures in the mid-90s early in the week will almost certainly guarantee that the course will play firm and fast. Raw power won’t be the sole recipe for success, positioning and strategy will. See, Ryder Cup 2018.