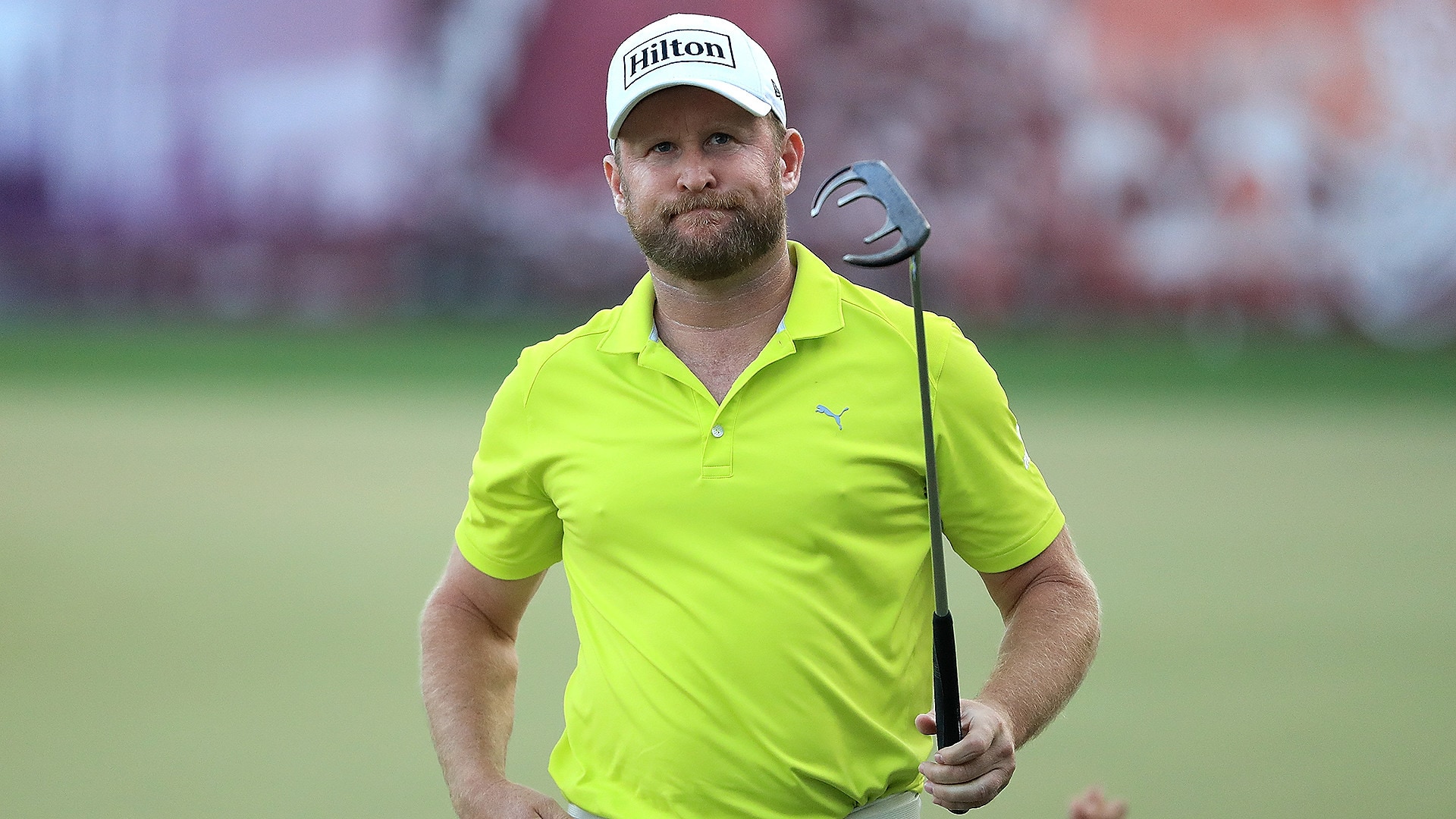 DUBAI, United Arab Emirates – Jamie Donaldson flirted with the European Tour's first-ever 59 before settling for a 10-under 62 Thursday in the first round of the Dubai Desert Classic.

In perfect scoring conditions at the Emirates Golf Club, the 42-year-old Donaldson took a one-shot lead over Anthony Wall and David Horsey.

Tyrrell Hatton (64) was fourth, while four-time major winner Rory McIlroy was among five players at 65.

Donaldson, a former European Ryder Cup player now ranked 292nd, started on the 10th hole and made four birdies and an eagle to make the turn at 6 under.

He then birdied the second before picking up four shots in a row from the fourth. He went close to chipping in for another birdie on the 17th but missed his up-and-down for par from the rough at the ninth.

Donaldson, who last won on the tour at the 2014 Czech Masters, said the thought of becoming the first player to shoot a 59 crossed his mind.

''You can never be disappointed with 10 under, can you?'' said the Welshman, who missed the cut in Abu Dhabi last week. ''I knew what was on the cards out there and I think I had five holes to go when I started thinking about 59.''

McIlroy, who was bogey free, said he was surprised by the state of his game, especially because he only returned in Abu Dhabi following a three-month break.

''I didn't expect to play as well as I did last week and it's been nice to continue that into this week,'' said McIlroy, who finished tied for third in Abu Dhabi. ''I'm ahead of schedule right now.''

Defending champion Sergio Garcia opened with a 5-under 67.