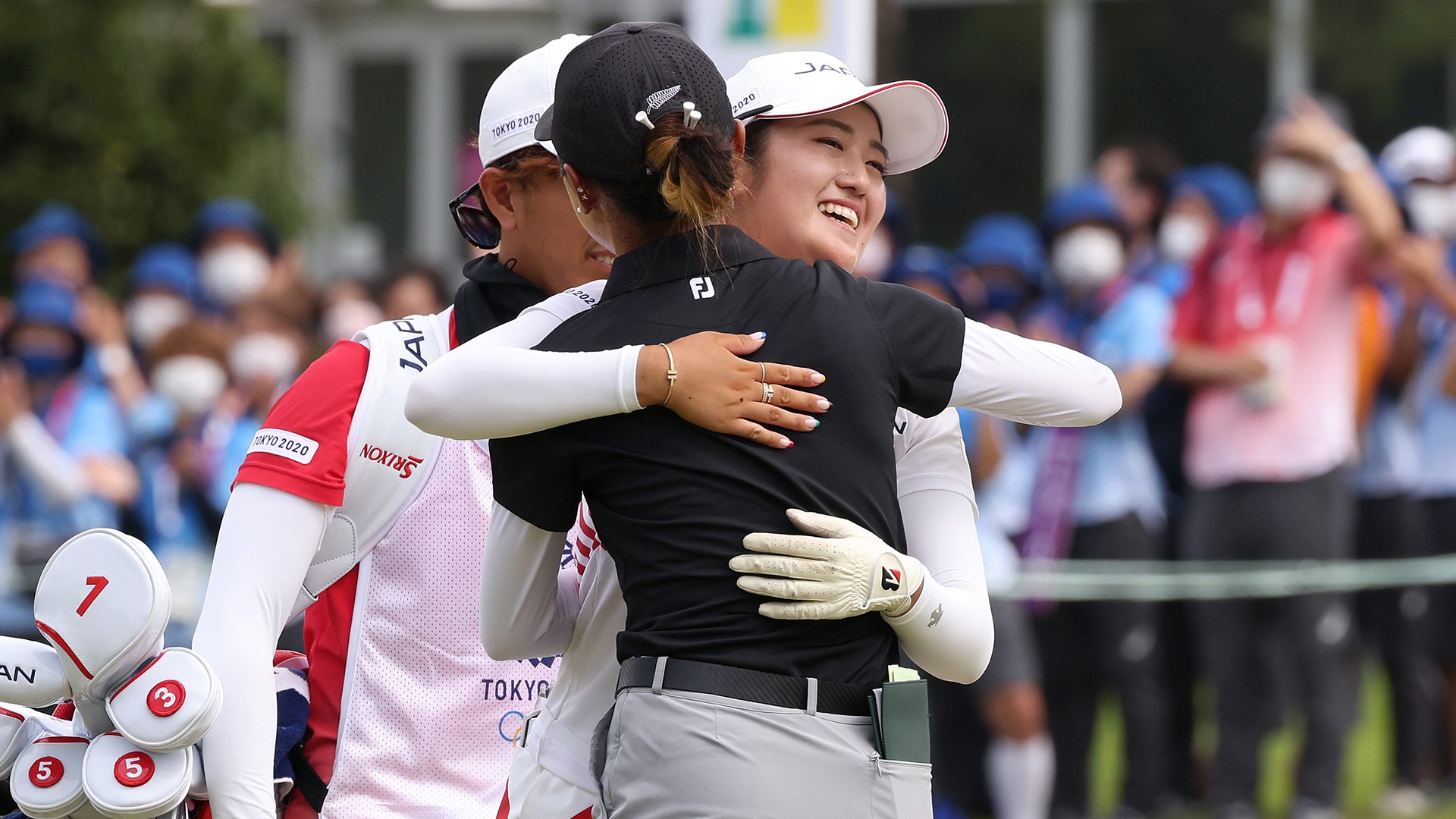 KAWAGOE, Japan – For the second consecutive week a playoff was needed to round out the medal podium at the Olympic golf competition, but the outcome for the women’s event was far less dramatic.

Last Sunday, C.T. Pan won a 7-for-1 playoff for the bronze medal that lasted four holes and included crowd favorite Hideki Matsuyama, Rory McIlroy and Collin Morikawa. By comparison, Saturday’s overtime was for the silver and bronze medals after Japan’s Mone Inami and New Zealand’s Lydia Ko – who both shot closing-round 65s – finished tied for second at 16 under.

Both players held a share of the lead during the final round but were unable to keep pace with Nelly Korda, who finished at 17 under to claim gold.

On the first extra hole (the par-5 18th), Ko, who won the silver medal at the 2016 Rio Games and becomes the first golfer to win multiple medals, drove into a bunker down the right side of the fairway and was forced to lay up. Her chip left her 8 feet for par and her putt slipped past the hole.

Inami played a textbook final hole, finding the fairway off the tee and hitting her approach to the middle of the green to set up a silver-winning, two-putt par.

"For me, I don't feel this is real, still kind of can't believe [the Olympics were] held in Japan and Japanese player win the medal," Inami said. "So for the future of the golf players, for the younger generations who wish to play the golf, I hope such a generation of younger golfers will come out."