Day holds on for second win of year at Wells Fargo 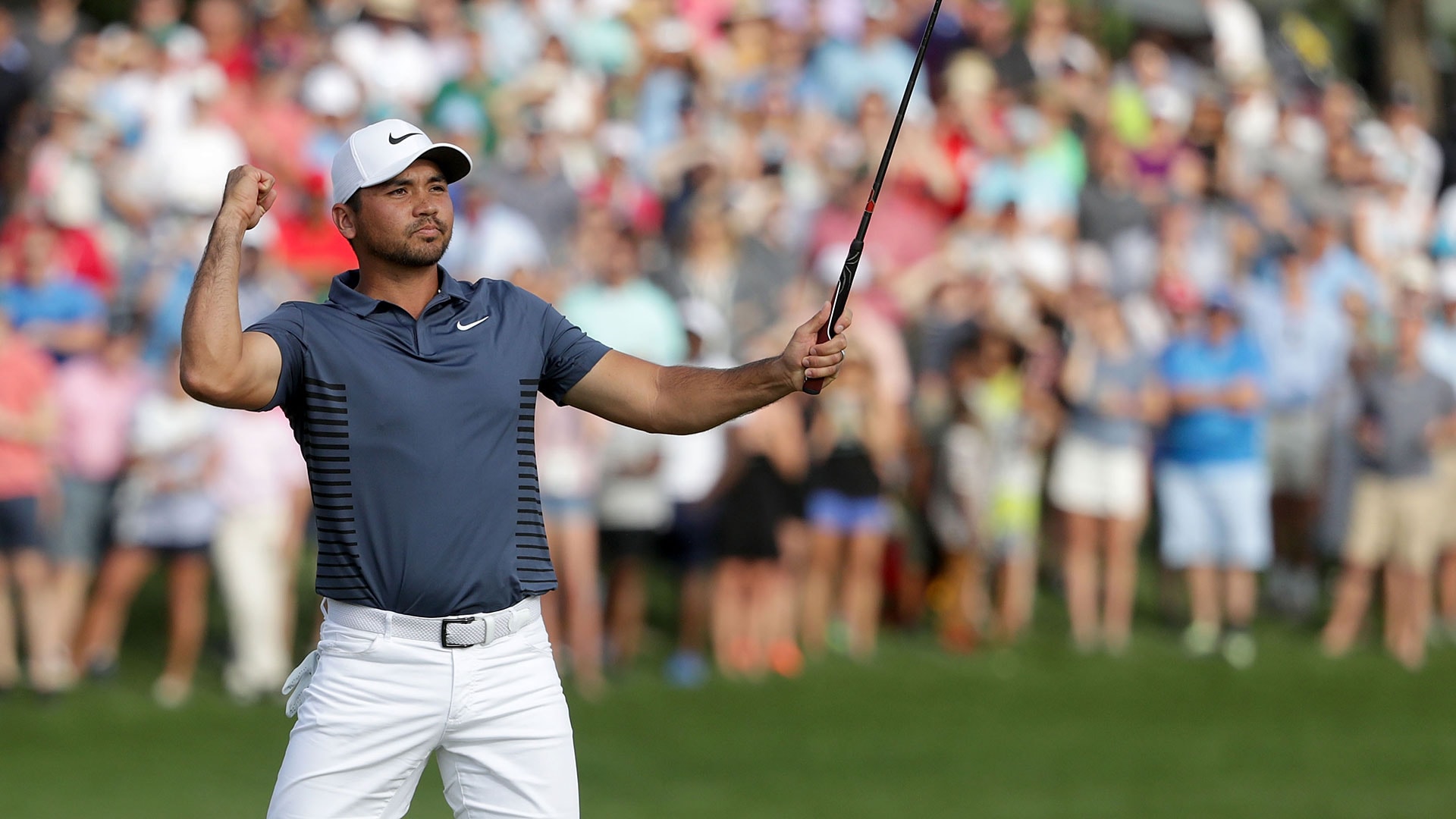 It wasn't quite as stress-free as it appeared it might be halfway through the round, but a win is still a win. Here's how things ended up at the Wells Fargo Championship, where Jason Day held on for his second victory of the year thanks to a pair of clutch birdies over the Green Mile:

What it means: Day started the final round at Quail Hollow with the lead, and he appeared very much in control through the first 10 holes while stretching his lead to three shots. But bogeys on Nos. 13 and 14 dropped him into a tie with Wise, the former NCAA individual champ who was looking for his first win. But Day rolled in a birdie on No. 16 and then rattled the flag on the penultimate hole, giving him a two-shot cushion and his second win of 2018 following his playoff triumph at Torrey Pines in January.

Round of the day: Tony Finau's 5-under 66 vaulted him up the leaderboard, and it ended up being the best round of the day by two shots. Finau played for the second straight week in his return from an ankle injury, and he went from barely making the 54-hole cut to a tie for 21st following a closing effort that included three straight birdies on Nos. 7-9 and not a single dropped shot.

Best of the rest: Wise didn't have enough to keep pace with Day down the stretch, but it was still an admirable effort for a rookie who remains on the rise. Wise closed with a pair of clutch pars on Nos. 17 and 18 to keep his title hopes alive, and while his maiden title will have to wait, his third round of 3-under 68 this week shows that wait may not be very long. Wise's solo runner up eclipses his T-10 finish in Las Vegas in 2016 as his best career finish.

Biggest disappointment: Nick Watney began the final round as Day's closest pursuer, and a closing birdie left him to wonder what might have been. Watney shared runner-up honors with Wise thanks to a 58-foot bomb on the final green, notching his best finish in years, but his title chances took a hit during a front nine that included only one birdie as Watney spent most of the inward half trailing by at least two shots.

Shot of the day: Day regained the lead with an 11-foot birdie on No. 16, but it was his next shot that essentially put the trophy away. Facing one of the toughest shots Quail Hollow has to offer, Day flighted a 7-iron downhill over water from 230 yards that bounced twice, hit the flagstick and rolled just 3 feet away. The subsequent birdie gave him just the margin he needed to play the final hole.

Quote of the day: "I had no idea where the ball was going today...my short game just stood the test, which is nice. This is probably one of the best wins I've ever had just because of how hard it was today." - Day