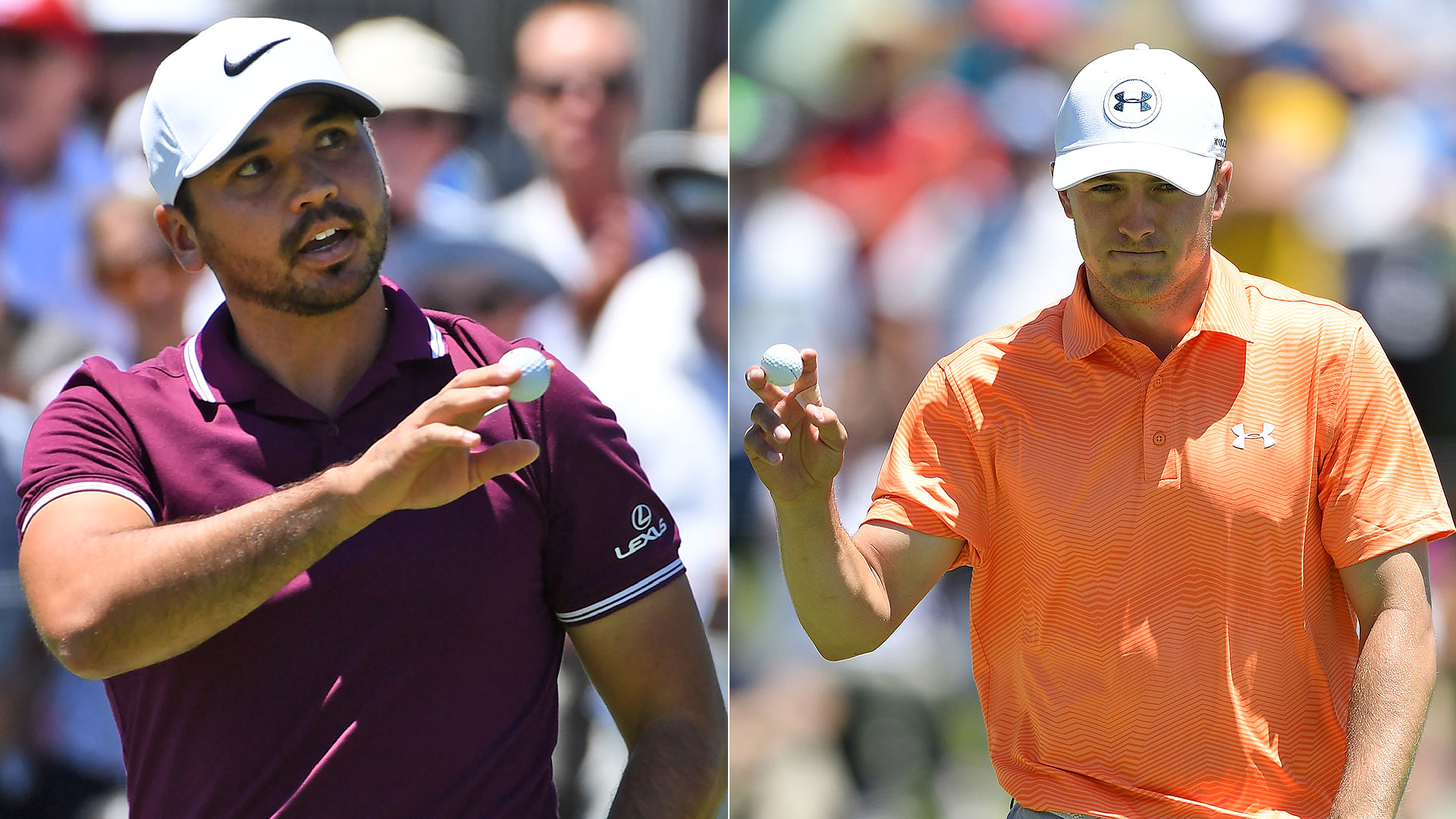 The PGA Tour is off this week but a couple of the circuit’s biggest stars – Jordan Spieth and Jason Day – are headlining the Emirates Australian Open, the first event in The Open Qualifying Series for the 2018 Open at Carnoustie. Here's how things look after the opening round, where Cameron Davis has opened up a two-shot lead:

What it means: Spieth has won this event three of the last four years, including last year, but he got off to a rocky start on Thursday. Playing in the windy afternoon wave, the world No. 2 bogeyed his first two holes but rebounded with birdies on Nos. 4 and 5. It was more of the same the rest of the way as the 24-year-old carded three more bogeys and four birdies, getting into the clubhouse with a 1-under 70. While it certainly wasn't the start he was hoping for, Spieth didn't shoot himself out of the tournament with 54 holes left to play, he has plenty of time to claw his way up the leaderboard.

Round of the day: With Round 1 in the books, the solo leader, Davis, is the easy pick here. The 22-year-old Aussie who turned pro last year, came out of the gates on fire, birdieing six of his first seven holes, including four in a row on Nos. 4 through 7. He did drop a shot on the ninth hole to go out in 30 but rebounded with three more birdies on the back to card a 8-under 63. Davis, who was born in Sydney and played this year on the Mackenzie Tour in Canada. He will attempt to get his Web.com Tour card next month during qualifying in Arizona.

Best of the rest: Making his first start in his home country in four years, Day started on the 10th hole at The Australian Golf Club and made four birdies to one bogey on the back side before adding four more circles after making the turn. Unfortunately for the 30-year-old, he also added an ugly double-bogey 6 on the par-4 eighth hole and had to settle for a 5-under 66, good enough to sit T-3. Day, who has dropped to No. 12 in the world rankings, is looking for his first win on any tour since the 2016 Players Championship.

Main storyline heading into Friday: Can the upstart 22-year-old Davis hold off the star power chasing him or will he fold to the pressure of major champions in his rearview mirror? Day (afternoon) and Spieth (morning) are once again on opposite ends of the draw on Friday as they try to improve their position before the weekend.

Shot of the day: It’s tough to beat an ace in this category, and we had one of those on Thursday from Australian Brad Shilton. Shilton’s hole-in-one on the par-3, 188-yard 11th hole came with a special prize, a $16k watch.

Quote of the day: “Just two bad holes. Pretty much just two bad swings for the day,” – Day, after his 66 on Thursday.