Day (68) just one back at Australian Open 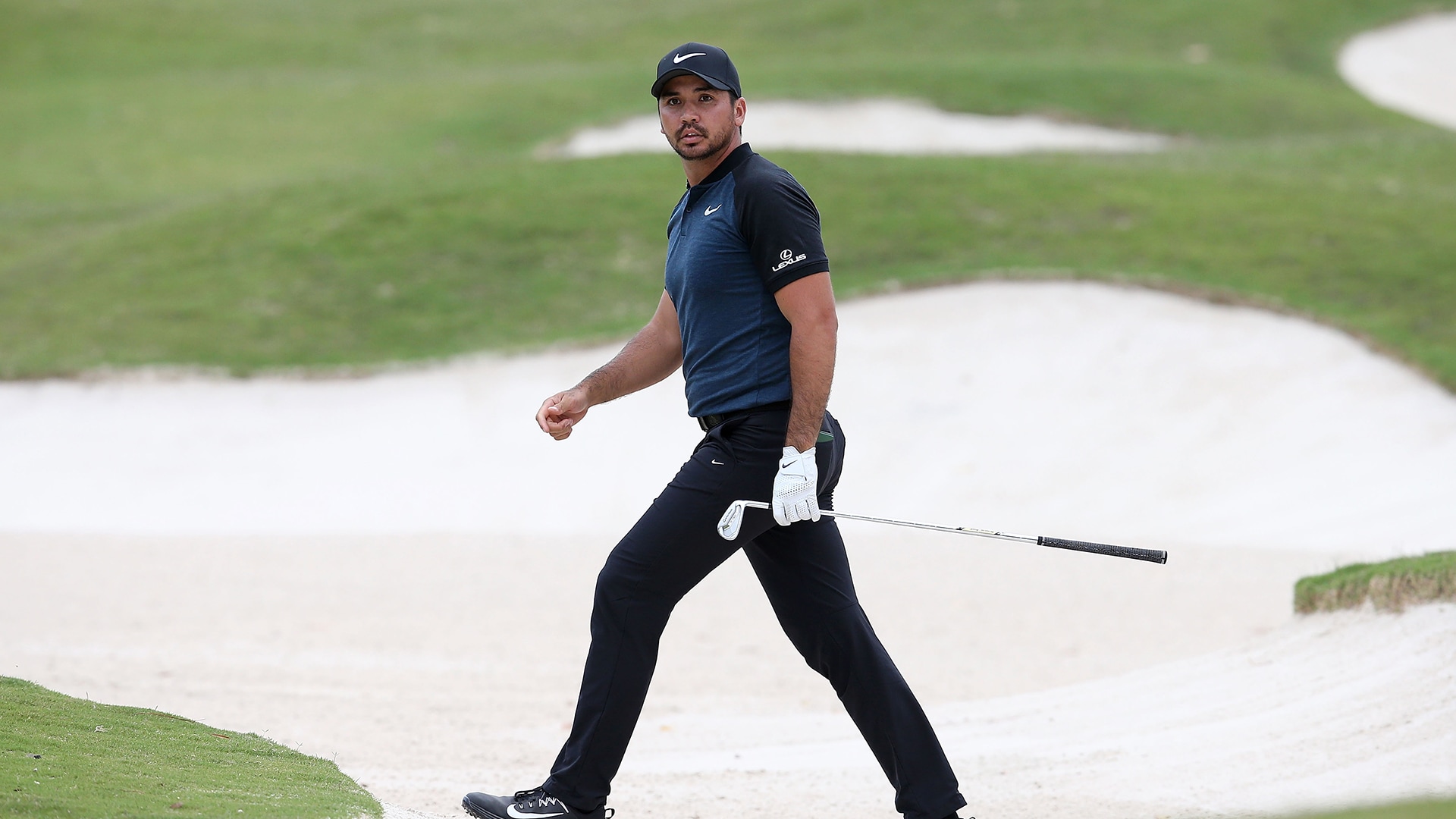 Jason Day posted a second-round 68 to move himself just one off the lead held by Lucas Herbert through two rounds at the Emirates Australian Open. Here’s where things stand after 36 holes in Sydney.

What it means: Day is in search of his first worldwide victory of 2017. The former world No. 1 last visited the winner’s circle in May 2016, when he won The Players at TPC Sawgrass. A win this week would close out a difficult year for the Aussie who struggled with his game while also helping his mother in her battle with cancer. Day’s last victory on his native soil came in 2013, when he partnered with Adam Scott to win the World Cup of Golf for Australia at Royal Melbourne.

Round of the day: Herbert followed an opening 67 with a round of 66 to vault himself into the lead at The Australian Golf Club. He made six birdies, including four on his second nine, against a lone bogey to take the outright lead. The 22-year-old, who held the lead at this event last year and captured low-amateur honors in 2014, is coming off a runner-up finish at the NSW Open Championship, which boosted him from 714th to 429th in the Official World Golf Ranking. His 5-under score was matched by Dale Brandt-Richards and Josh Cabban.

Best of the rest: Matt Jones, who won this event over Jordan Spieth and Adam Scott two years ago, turned in 4-under 67. Jones is best known to American audiences for his playoff victory at the 2014 Shell Houston Open and for holding the 36-hole lead at the 2015 PGA Championship at Whistling Straits, which was eventually won by Day. Jones will start the weekend five shots off the lead, at 4 under par.

Biggest disappointment: Spieth has a lot of work to do this weekend if he expects to be in the title picture for the fourth year in a row. Rounds of 70-71 have him eight shots behind the lead held by Herbert. Spieth made a birdie and a bogey on each side Friday to turn in level par. The reigning Champion Golfer of the Year has finished first, second and first at this event over the last three years.

Storyline to watch this weekend: The Australian Open is the first event of the 2018 Open Qualifying Series. The leading three players who finish in the top 10 and who are not otherwise exempt will receive invites into next summer’s Open Championship at Carnoustie.