Day clinging to his No. 1 priority 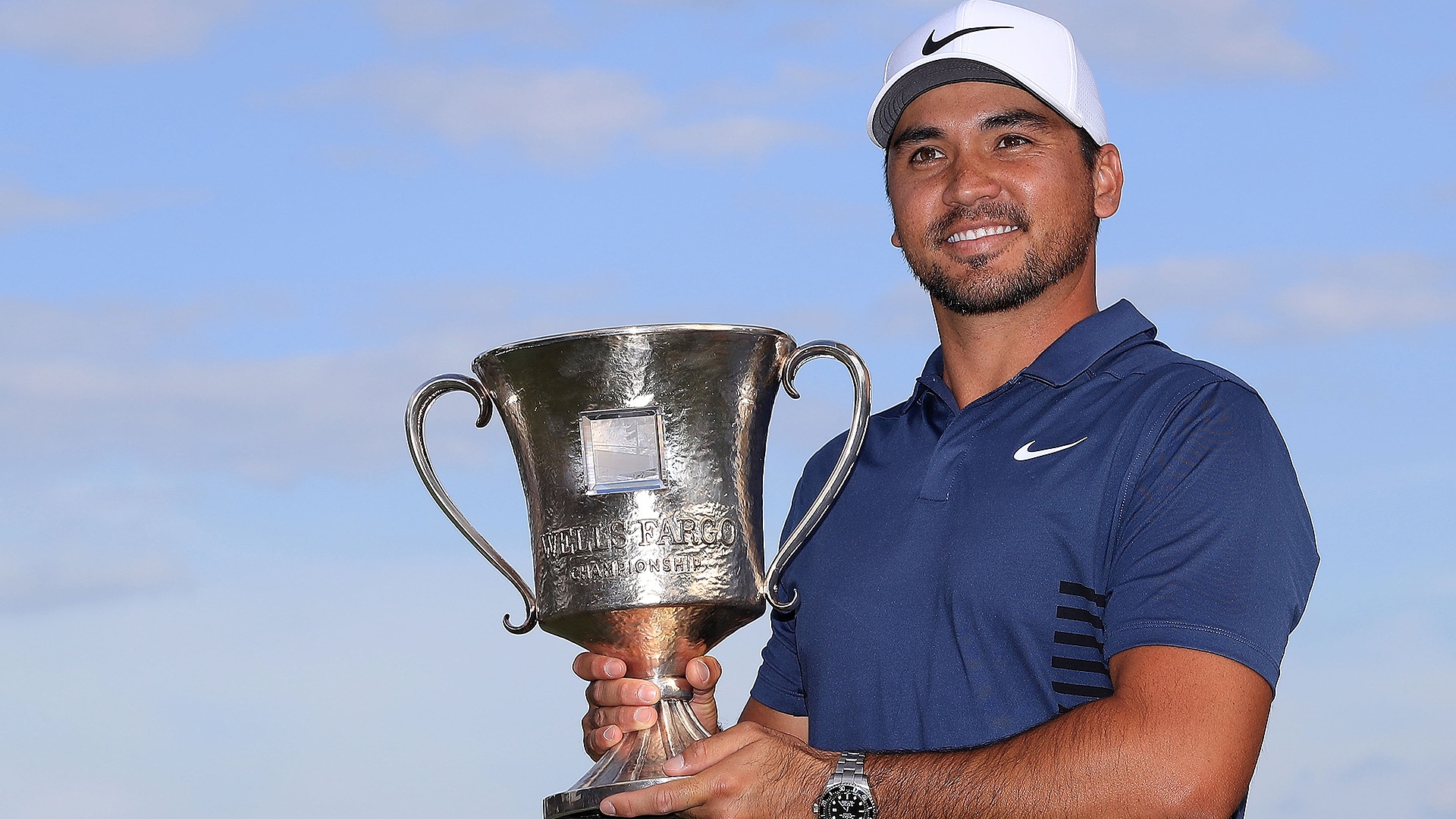 CHARLOTTE, N.C. – When Jason Day was 14 years old, he walked into Colin Swatton’s office and asked a question few 14-year-olds would even consider.

“He asked if he could be the world No. 1, I said absolutely,” said Swatton, who would become Day’s coach, caddie and confidant. “At any given moment, kids want to ask that question, but it’s how they present the question, and he presented it at the right time.”

Unlike the vast majority of players, Day has never been shy about explaining how badly he covets the top spot in the Official World Golf Ranking, and although his victory on Sunday at the Wells Fargo Championship won’t propel the Australian back to that mathematical promised land, it was a steppingstone that is impossible to ignore.

There’s no prize money that comes with being world No. 1, no trophy or FedExCup points. In fact, for the better part of the last two decades the top ranking was something of an afterthought, the byproduct of Tiger Woods’ stranglehold on the top spot.

The best evidence of this is the fact that Phil Mickelson, a World Golf Hall of Fame player with a five-pack of major championships, has never held the No. 1 ranking and, if he’s being honest, probably doesn’t feel like it’s a glaring hole in his resume.

But that relative indifference has changed in recent years. Dustin Johnson, the current world No. 1, has made it clear how important the OWGR math is to him, albeit in his own subtle way; and Justin Thomas, who could have overtaken DJ with a top-12 finish this week, conceded earlier this year that the prospect of becoming the world’s best brings with it an entirely new set of pressures.

For Day, who first became world No. 1 in 2015 and has held that spot for a combined 51 weeks, the top spot has always been more than the sum of its parts. He doesn’t crave the No. 1 ranking for the attention or some sort of bragging rights. For Day this goes much deeper.

“With Jason he wants to be the best in the world because it gives validation to the sacrifice he makes to his family. Saying it almost commits you to being the best player. It drives him to do that,” Swatton said.

Day will tell you that 2017 wasn’t his best year, and not just because he failed to win on the PGA Tour for the first time in four years. This was about commitment, and doing all of the things, the work and effort that goes on when he’s not under the Tour microscope, that are required to be world No. 1.

“Ever since I was a kid, even more so than like major championships, I always held No. 1 above those for some reason,” said Day, who closed with a 69 at Quail Hollow for his second Tour victory this season. “I know the feeling and what it felt like to be No. 1 and I know what I had to do to get there.”

Although he would win by two strokes, it wasn’t exactly a dominant performance. In fact, he would call it one of the most demanding tournaments of his career.

After starting a perfect Sunday with a two-shot advantage Day’s lead dwindled to a single stroke with back-to-back bogeys at Nos. 5 and 6. Although he rebounded with birdies at the seventh, eighth and 10th holes, he faltered again with another bogey-bogey stretch at Nos. 13 and 14, the latter dropping him into a tie for the lead with Aaron Wise.

“I've had some tough finishes before with wins and I remember specifically Bay Hill, but this was probably the toughest,” Day said.

Things didn’t come easy for Day during the final round. His normally reliable driver began to feel foreign in his hands and his iron play, which he’s repeatedly explained is shaky at best at the moment, failed him time after time. But from low expectations come great things.

Day managed to birdie the demanding 16th hole and banged his tee shot at the 17th hole off the flagstick for another unlikely birdie to finish the week at 12 under par for his 12th Tour victory.

It was the kind of performance that one would expect from the world’s top-ranked player, although Day’s victory would move him to just seventh in the ranking.

Day admitted that it wasn’t his victory drought in 2017 that bothered him the most, it was his apathy toward the effort it takes to be world No. 1 that ate at him. He went so far as to call his lack of drive “selfish.”

If that sounds strange, consider Woods, who has become something of a mentor to Day, the undisputed expert on the topic.

“It's one of those things where when you reach the top of the world ranking that you want to attain, and on top of that you've won a major championship, you've won all the tournaments you've always dreamt of winning, what's next?” said Woods, who has held the top spot for a record 683 weeks in his career.

“He's willing to get his hands dirty again and do all the legwork off the golf course away from tournaments that it takes, the hours upon hours of countless practice that we have to log in, he's willing to do that again.”

Day’s victory didn’t deliver him to that world ranking perch, but it did prove that the question that 14-year-old asked all those years ago still burns for an answer.