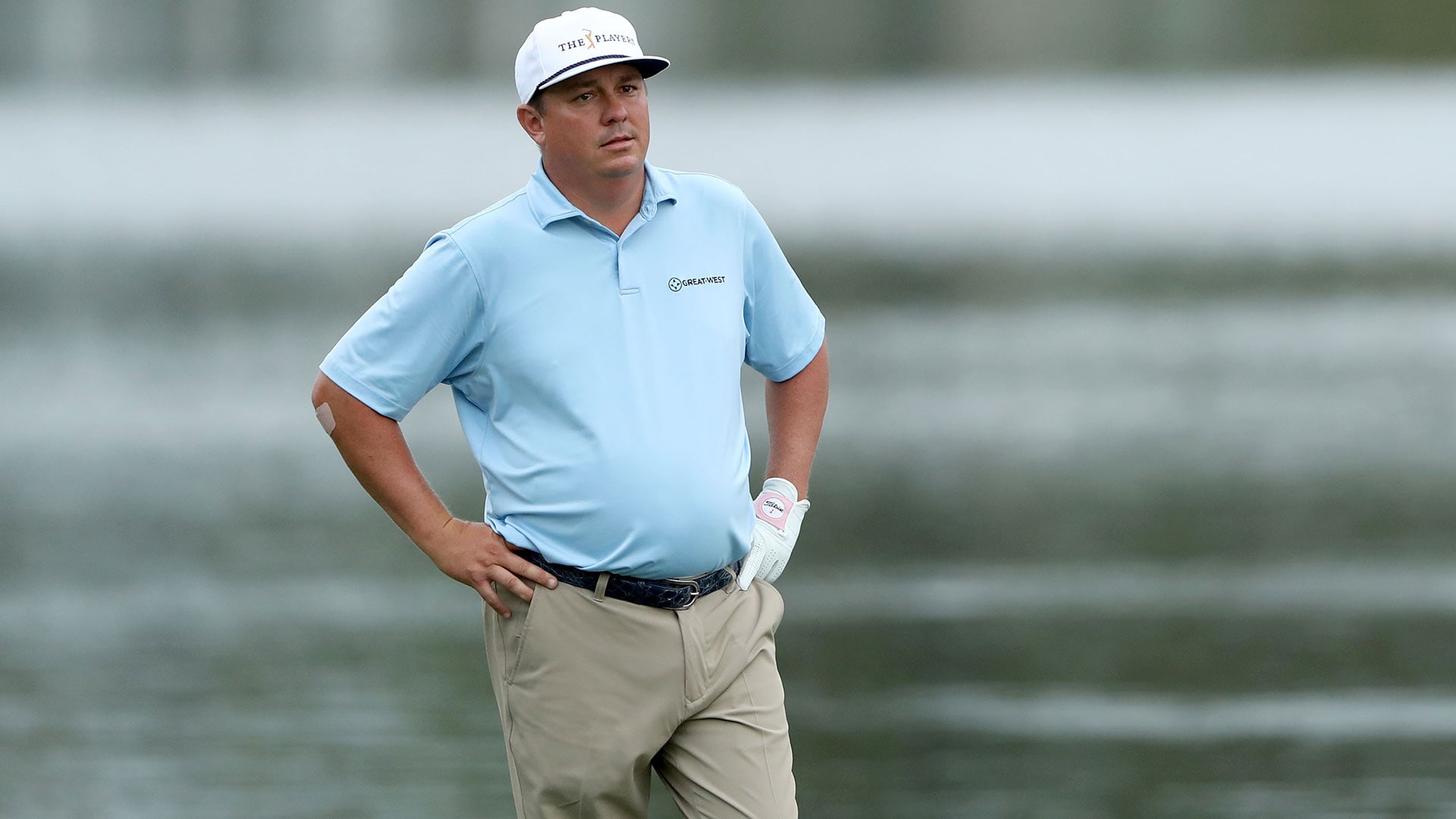 With Webb Simpson in control of The Players on Sunday, the battle was on for second place. Simpson collected $1.98 million with his four-shot victory, but a solo second at TPC Sawgrass was still worth a staggering $1.188 million. Unfortunately for Jason Dufner, he was one of several players who missed out on a lot of dough.

Dufner moved up the leaderboard with a 4-under 32 on the front nine, and he reached 14 under par after a birdie at the par-5 11th. Not only was Dufner in great shape for second, but he also had a chance to put pressure on Simpson with a strong finish.

But Dufner's putter didn't cooperate over the closing stretch despite putting on a ball-striking clinic. Dufner nearly drove the green at the par-4 12th, but he missed a 5-footer for birdie. He also missed a 12-footer on 13, 19-footer on 14, and a 13-footer on 15. He reached the par-5 16th in two but proceeded to three-putt from 26 feet for par. Dufner then missed a 7-foot birdie putt on 17 and then three-putted from 17 feet on 18 for bogey to drop from T-2 to T-5.

The reigning Memorial champ tweeted on Monday that he wasn't losing any sleep over missing out on a share of second.

Everybody also wants to talk about the money thing.. I won’t miss it, bc it was never mine... we earn our money each and every week, nothing is given to us until that final hole is completed. #momoneymoproblems

Dufner wasn't the only player who missed out on some serious scratch. Jason Day finished one stroke out of second after making nine straight pars on the back nine.