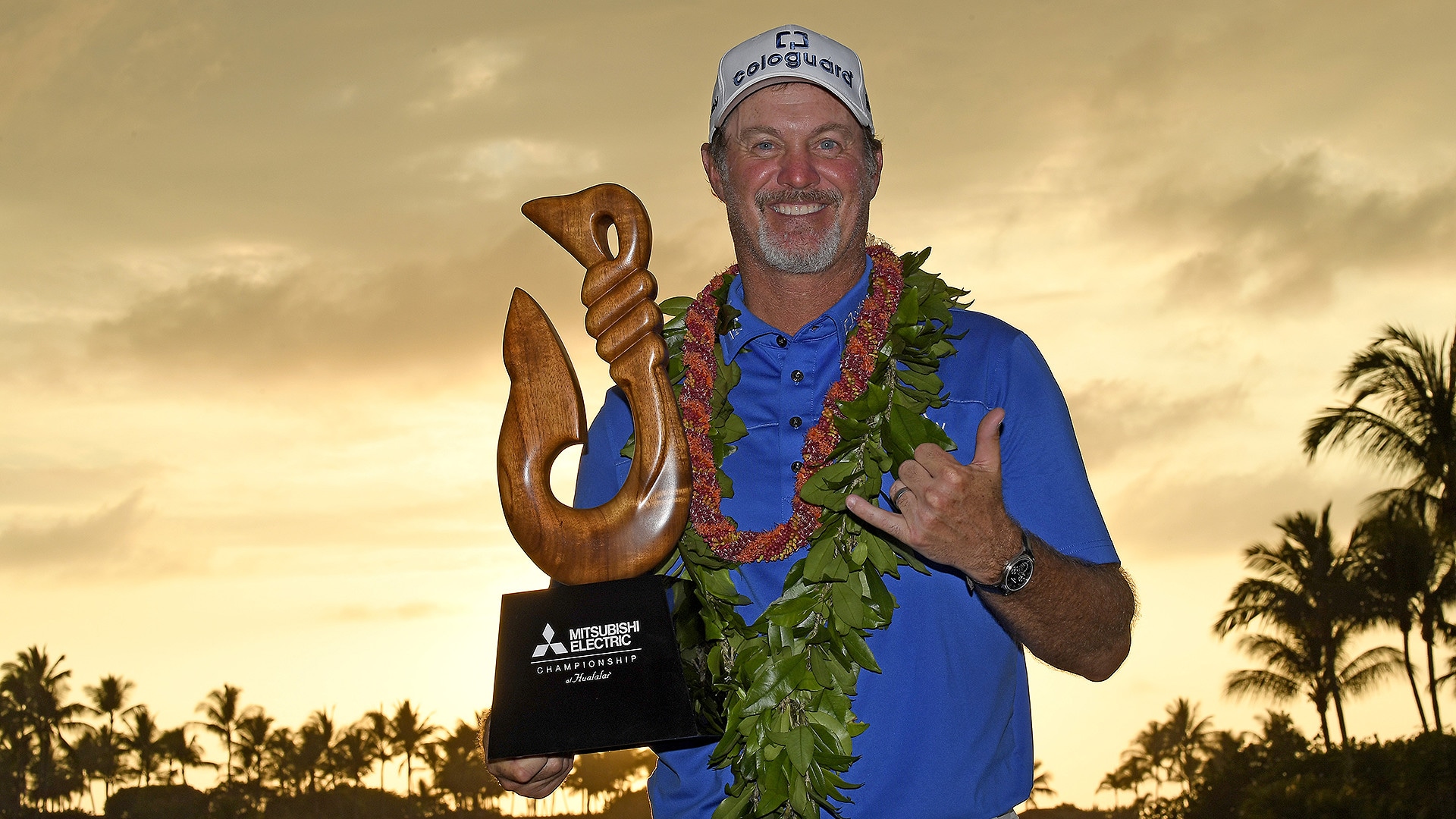 KAILUA-KONA, Hawaii – Jerry Kelly made an 18-foot birdie putt on the final hole, Colin Montgomerie missed a 6-footer for par and Kelly turned a one-shot deficit into a victory Saturday in the Mitsubishi Electric Championship, the season opener on the PGA Tour Champions.

After Kelly drove it well right into lava rocks on the par-4 16th, leading to bogey and giving Montgomerie the lead, Montgomerie made a mistake with his tee shot on the last, finding a fairway bunker. Montgomerie's approach went over the green and after Kelly converted his birdie, the 54-year-old Scot jammed his par putt well past the hole.

It was the third win on the over-50 tour for the 51-year-old Kelly, who finished tied for 14th last week at the PGA Tour's Sony Open in Honolulu. That gave him confidence as he hopped over to the Big Island for his tournament debut at Hualalai. The limited-field event includes winners from last season, past champions of the event, major champions and Hall of Famers.

Kelly closed with a 6-under 66 for a three-day total of 18-under 198. Montgomerie shot 69. David Toms shot 67 and finished two shots back, and Miguel Angel Jimenez was another stroke behind after a 66.

Bernhard Langer, defending the first of his seven 2017 titles, closed with a 70 to finish at 10 under.