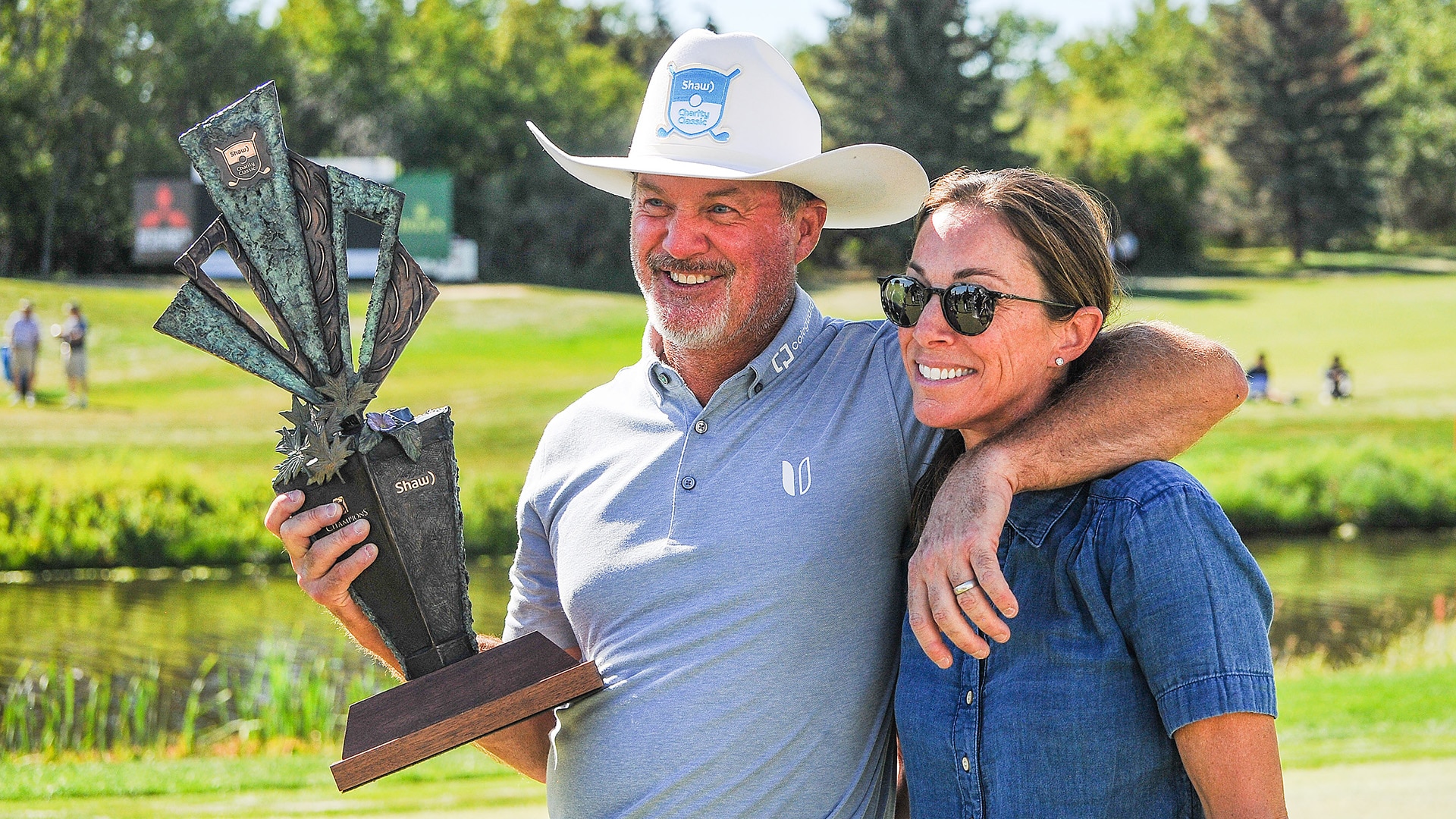 CALGARY, Alberta — Jerry Kelly missed a chance to win in regulation and then made short work in the playoff Sunday with a 4-foot birdie putt to win the Shaw Charity Classic for his third title of the season on the PGA Tour Champions.

Kelly closed with a 3-under 67 and won the playoff over John Huston, who shot 65 in one of his best chances to win in his 11 years on the 50-and-older circuit.

The final round was so tight that five players finished one shot behind.

Kirk Triplett, who had the lead going into the final round, had a 4-foot birdie putt on the par-5 18th to join Kelly and Huston at 9-under 201. But it lost speed and caught the edge of the cup. Triplett shot 69.

The nervous moment for Kelly came in regulation. He had a 15-foot birdie putt that ran some 4 feet by the hole — about the same distance from where Triplett had missed — and he needed the par to get into the playoff.

But on the 18th in overtime, Kelly got the birdie he needed to join Steven Alker as the only three-time winner on the PGA Tour Champions this week. Alker, who still leads the Charles Schwab Cup standings, did not play this week.

“I love coming to Canada,” Kelly said. “To get a win up here is something I’ve always wanted to do.”

Kelly played the Canadian Open on the PGA Tour 13 times, but only twice finished in the top 10.

The PGA Tour Champions next goes to the Seattle area for the Boeing Classic. 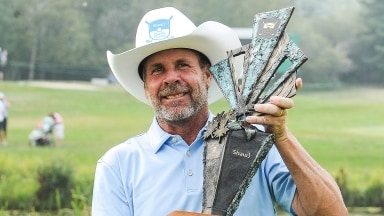 Doug Barron birdied the final three holes for his third straight 6-under 64 day en route to a two-stroke win. Doug Barron eagled the par-5 18th for his second straight 6-under 64 and a one-stroke lead Saturday. 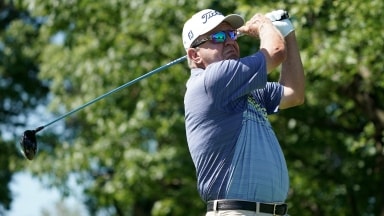 Billy Mayfair shot an 8-under 62 to take a one-stroke lead over Canadian Mike Weir in the first round of the Shaw Charity Classic.