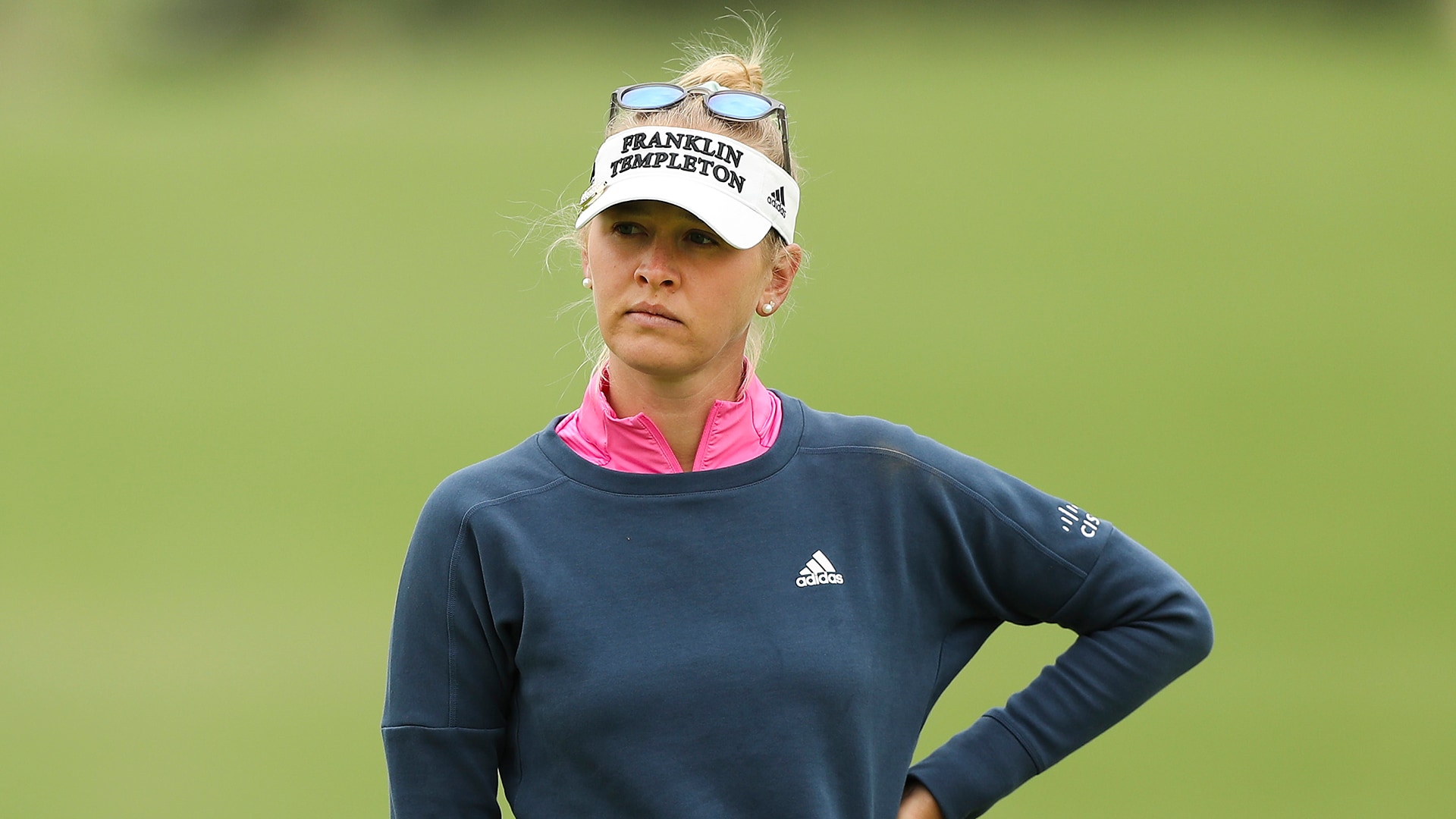 LOS ANGELES — Jessica Korda rode out a series of big momentum shifts Friday at historic Wilshire Country Club to hold onto the lead in the Hugel Air Premia LA Open.

Six strokes ahead after three holes, tied with top-ranked Jin Young Ko at the turn and two shots back with three to play, Korda birdied the final two holes to take a one-stroke lead into the final round.

Korda shot a 3-under 68 to break the tournament 54-hole record at 16 under. She matched the event course record with a 64 on Wednesday and shot a bogey-free 65 on Thursday to break the 36-hole scoring record at 13 under.

Ko shot a 66, making a 30-foot bogey putt on the par-3 18th after driving over the green and watching her second bang into the bank and roll back to her feet.

Korda matched Ko with a two-putt birdie on the par-5 15th, then hit to 3 feet for a birdie on the par-4 17th and to 2 feet on 18. She won the season-opening Diamond Resorts Tournament of Champions in January for her sixth LPGA Tour title.

Korda birdied the first three holes to open the six-stroke lead, hitting to a foot on Nos. 2 and 3. She parred the next five and bogeyed the par-4 ninth to fall into a tie with Ko. Korda also bogeyed Nos. 11 and 13 before rallying late.

Ko had six birdies and a bogey in a front-nine 30. She bogeyed Nos. 10 and 11 and birdied Nos. 13-15. The seven-time LPGA Tour winner is coming off a two-week break after finishing seventh in the major ANA Inspiration.

Brooke Henderson got a spot alongside Korda and Ko in the final group Saturday, shooting a 67 to get to 12 under. The Canadian birdied Nos. 15-17, then had a 7-foot birdie try slide left on 18.

Sei Young Kim, playing alongside Ko and Korda in the final group, had a 76 to fall into a tie for 18th at 4 under. She closed with her second double bogey of the day. 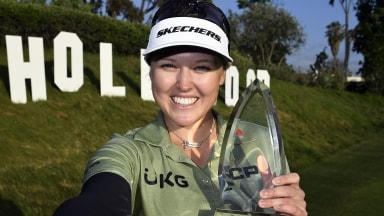 Henderson rallies, then holds on for LA triumph

Brooke Henderson chased down Jessica Korda and Jin Young Ko, shot 4-under 67 and then held on for a one-shot victory at the Hugel-Air Premia LA Open. 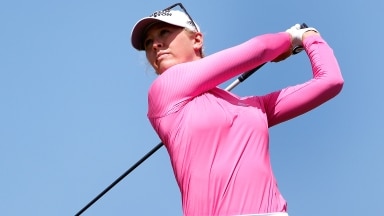 Has any player ever walked off the course after shooting a good score and thought they couldn’t have gone lower? 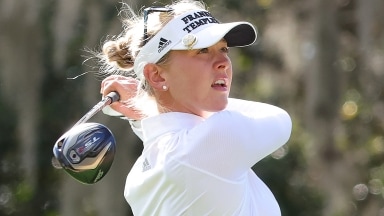 Jessica Korda birdied three of her final four holes in the opening round to grab the lead at the Hugel-Air Premia L.A. Open.