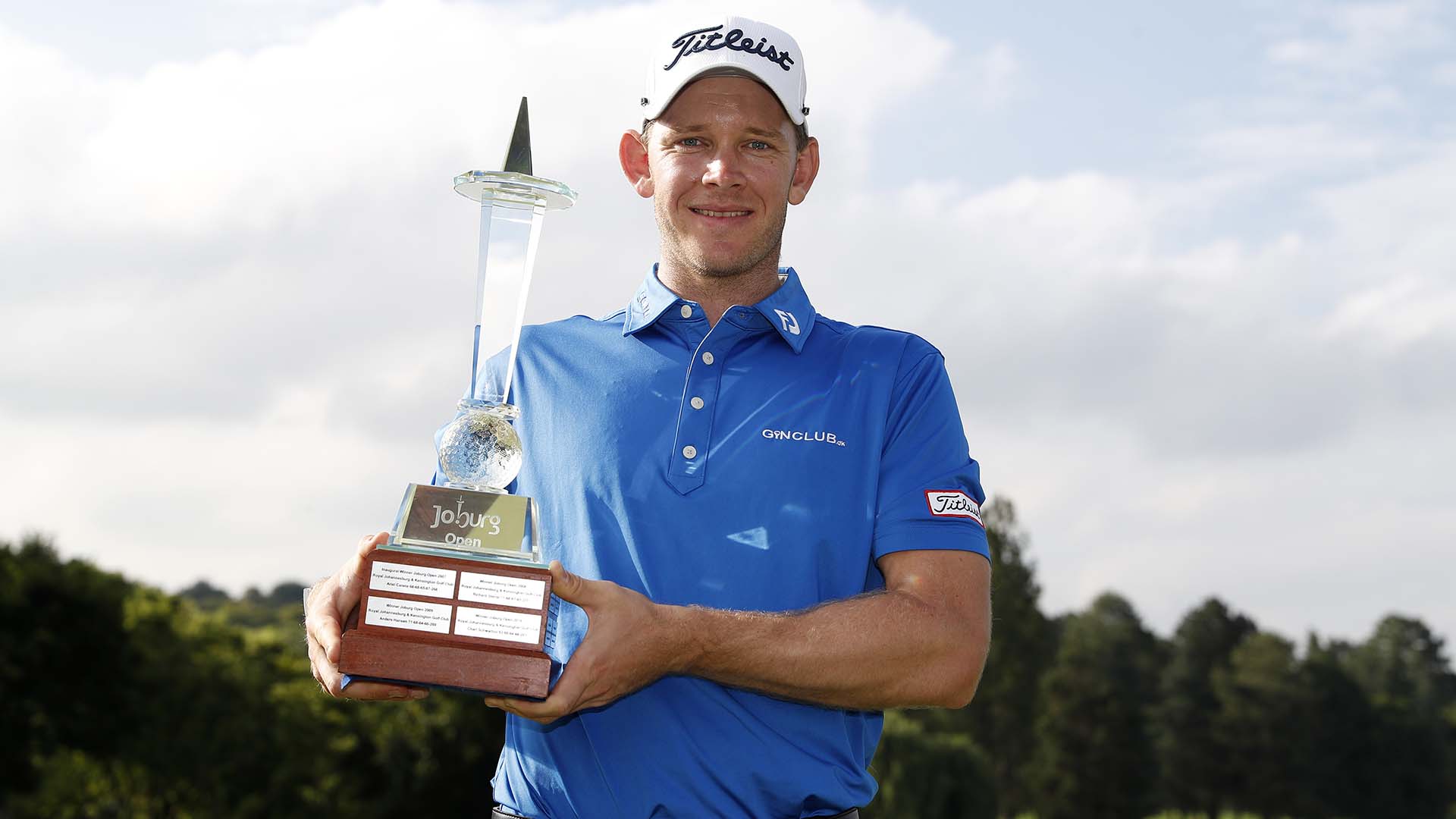 JOHANNESBURG — Joachim B. Hansen of Denmark overturned a three-shot deficit with nine holes remaining to win his first European Tour title at the Joburg Open on Sunday.

Hansen closed with a composed, bogey-free 67 to win on 19 under par, two shots clear of 20-year-old Wilco Nienaber of South Africa. Nienaber carded a final-round 70 and saw his chance at a first tour title slip away with bogeys on his last two holes.

Nienaber took a one-stroke lead into the final round at Randpark Golf Club and extended his advantage to three with three birdies from No. 4.

Hansen birdied Nos. 10, 12 and 14 to get into a tie for the lead before Nienaber bogeyed No. 17 after almost finding the water to the left of the green.

Nienaber then dropped another shot on the last as Hansen saved par from a greenside bunker to seal his victory.

“It was a fun battle out there with Wilco,” Hansen said. “I kept the head calm out there and we stuck to the plan in terms of where we wanted to hit our drives and approaches. I kept pushing. It started slowly but suddenly the birdies came on the back nine.”

Shaun Norris of South Africa was third on 16 under after finishing with a 66. Steve Surry of England (67), Aaron Cockerill of Canada (68) and Brandon Stone of South Africa (69) tied for fourth another three shots back.

The Joburg Open returned to the European Tour schedule this year for the first time since 2017. It’s the first of three straight tournaments in South Africa before the season-ending World Tour Championship in Dubai from Dec. 10-13.