Niemann (66) leads Thomas by 1 at Sentry Tournament of Champions 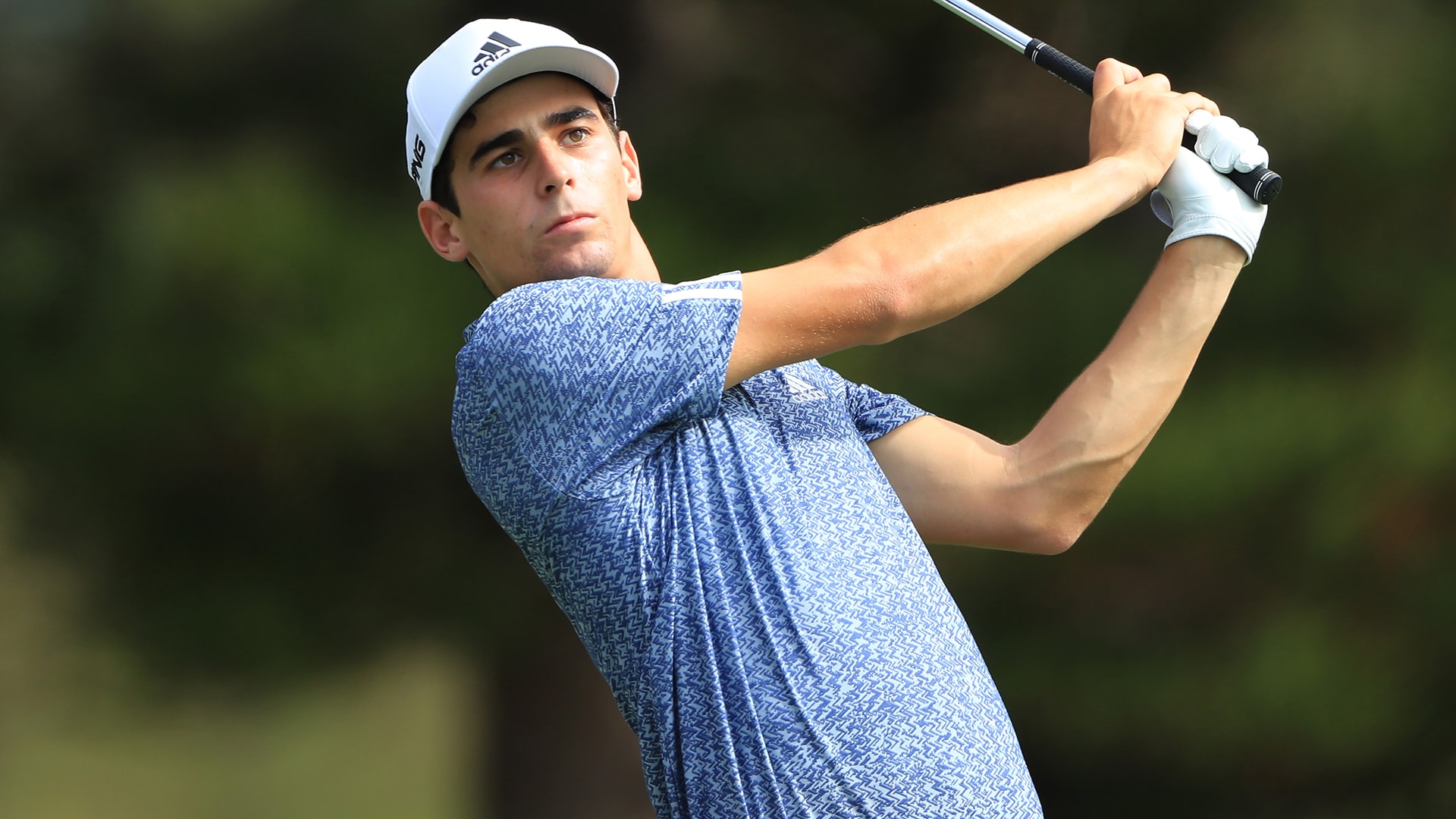 Just a few months removed from his first PGA Tour victory, Joaquin Niemann is making an early bid for his second as he leads the Sentry Tournament of Champions after 18 holes. Here's everything you need to know abut Thursday's first round at Kapalua:

While Niemann was playing his first round, the PGA Tour's social-media team posted a graphic on Twitter of Niemann's goals for 2020. Among them: be more positive about his short game and putting, buy a house, get stronger abs and ... eat more avocados.

Truthfully, Niemann's goals should be much loftier.

At 21 years old, Niemann already owns one PGA Tour victory, which came last fall at the Greenbrier, and played in the Presidents Cup last month, a huge accomplishment for someone of Niemann's age.

"The Presidents Cup was huge for me, for my career, for my future," Niemann said after Thursday's opening round in Hawaii. "During that week I learned a lot. I was with the best players in the world. I played against Tiger [Woods]. I teamed with Adam Scott. ... [International captain] Ernie [Els] told me that, 'This is really important for you. It's going to make you really good. It's going give you a lot of experience, confidence for your future.' "

That future is certainly bright. Ranked 58th in the world, Niemann is poised for big things on the golf course this year, and he has wasted no time in getting the ball rolling at Kapalua.

The young Chilean was all smiles Thursday after making his way to the top of the leaderboard. Maybe those goals have already changed.

In a field with several major champions and established stars, Niemann built a one-shot lead thanks to a bogey-free, 7-under 66 on the par-73 Kapalua layout, which was supposed to play tougher this year with some course changes.

It appears Niemann didn't get that memo. Not known as a great putter, Niemann made his first birdie of the new year by holing a 30-footer for birdie at the par-4 fourth hole. He then birdied three of his next five holes to turn in 4-under 32.

On the back side, Niemann added three more birdies, including one at the par-5 18th, where Niemann got up and down after taking relief from the grandstands.

With conditions expected to worsen with showers and heavy winds over the next few days, Niemann took advantage of more benign weather Thursday, missing just one green.

Collin Morikawa posted a 2-under 71 in his first career round at the Tournament of Champions, but he came inches away from shooting one shot better. He still birdied three of his final five holes, though.

Speaking of the Presidents Cup, the top four players on the leaderboard all played last month in Australia. That includes the guy in solo second right now, Justin Thomas.

Thomas starred at Royal Melbourne, going 3-1-1 for the winning U.S. side, and prior to that he had strung together an impressive 10-tournament run that included two wins, four other top-10s and just once finish (T-17) worse than T-12. The momentum continued to build Thursday as Thomas made five back-nine birdies, including a nifty up-and-down birdie at the par-5 18th, to shoot 6-under 67.

Right behind Thomas are Rickie Fowler, who figures to thrive the rest of the week as the winds pick up, and Matt Kuchar, who used to be known in Hawaii more for his hula dancing than his play. But Kuchar is starting to find his groove in Hawaii. He won the Sony Open last year and is now eyeing a win on Maui.

Dustin Johnson made five birdies and an eagle and shot under par Thursday. So what was the problem? Johnson also carded four bogeys and a double while hitting three shots into penalty areas. An adventurous 1-under 72 has Johnson six shots back.