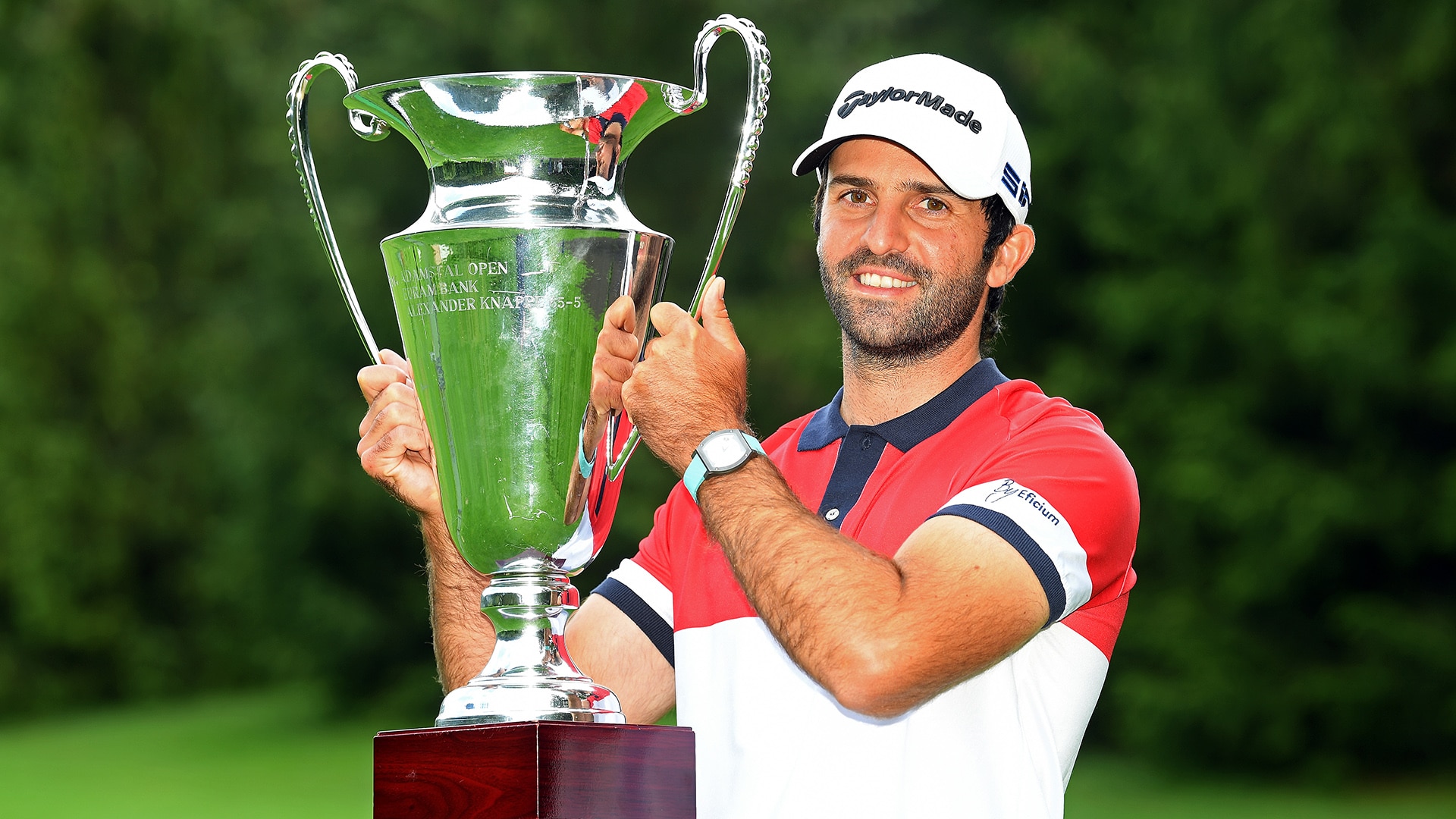 RAMSAU, Austria – Joel Stalter closed with a 2-under 68 for a two-shot victory Saturday in the Euram Bank Open, the second straight Austrian event that counts toward the European Tour and the Challenge Tour.

Stalter had gone 80 tournaments worldwide since his only previous victory as a pro, in 2016 at the Swedish Challenge. He rallied from a four-shot deficit at Golf Club Adamstal, finishing on 14-under 266.

Richard Mansell of England shot 71 and was alone in second.

Robin Sciot-Siegrist took a lead into the final round and had nothing go well. He failed to make a birdie, and fell out of the mix with a bogey on the par-5 seventh and a triple bogey to close out the front nine. He closed with a 75 and tied for third, along with Alexander Knappe (70) and Christofer Blomstrand (71).

Stalter tied for 15th last week in the Austrian Open.

The European Tour returned from the COVID-19 pandemic with consecutive events in Austria. Now it moves to its full schedule, starting Wednesday with the British Masters. Those are full European Tour events, and it begins a six-week "UK Swing" with all events being staged in England or Wales.