Daly (knee) approved to use cart at PGA Championship 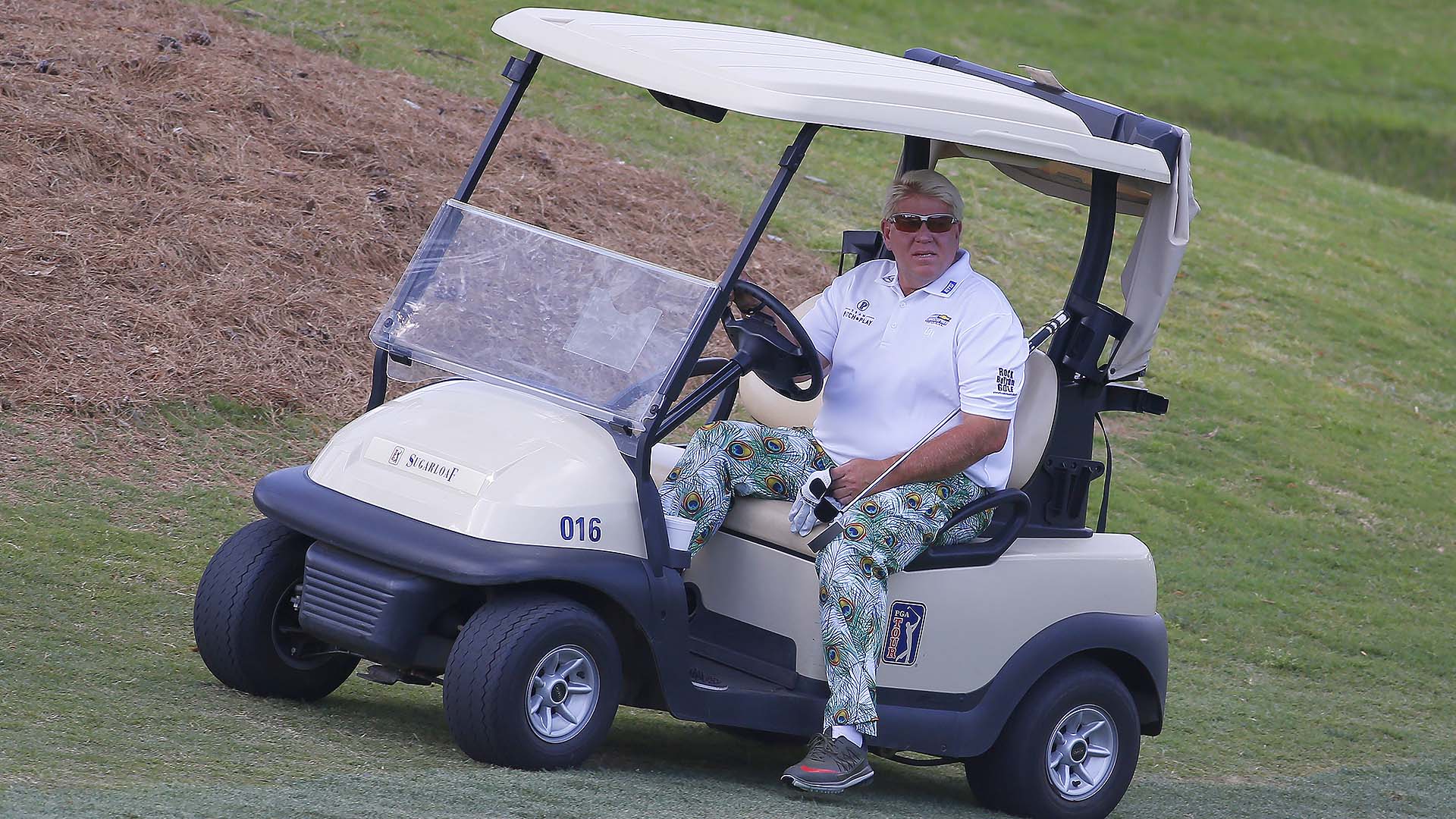 Getty Images
''I hope I don't get a lot of grief from the fans.” - John Daly said after being approved to use a cart in the PGA Championship because of arthritis in his right knee.  -

John Daly has been approved to use a cart next week in the PGA Championship because of arthritis in his right knee that he says keeps him from walking more than six holes on the golf course.

He will be the first player to ride a cart in a major championship since Casey Martin in the U.S. Open at Olympic Club in 1998 and 2012.

''I hope I don't get a lot of grief from the fans,'' Daly said in a telephone interview. ''My knee is screwed. I had the meniscus cut out. I have osteoarthritis so bad ... I can walk up a hill, I just can't walk down one.''

The PGA of America said Daly applied to use a cart through its American with Disabilities Act policy and provided ''the requisite information to allow for a review of his request by the PGA's medical team.''

''The request was reviewed and approved,'' the PGA said in a statement.

The PGA Championship starts May 16 at Bethpage Black, a notoriously tough public course – inside and outside the ropes – on Long Island. Daly has a lifetime exemption from winning the PGA Championship in 1991 at Crooked Stick as the ninth alternate. That's when the golf world was introduced to his ''grip it and rip it'' game.

Now he'll be gripping the steering wheel of a cart.

A PGA spokesman said the 53-year-old Daly would be assigned a cart with no roof.

Martin, a former teammate of Tiger Woods at Stanford, suffers from Klippel-Trenaunay-Weber Syndrome, which restricts circulation in the lower portion of his right leg and made it virtually impossible for him to walk 18 holes a day over four rounds.

He had a single-rider cart when he qualified for the 1998 U.S. Open and tied for 23rd, and he successfully sued the PGA Tour in a case that went to the U.S. Supreme Court. Martin, now the men's golf coach at Oregon, qualified for the U.S. Open again in 2012 when it was at Olympic Club and missed the cut.

Daly, a two-time major champion, regularly plays the PGA Tour Champions, which allows for carts. He last played a tournament without a cart last September at the Omega European Masters in Switzerland on the European Tour.

He tried to get a cart for the U.S. Senior Open last year in Colorado, and the USGA turned him down. The USGA said the information Daly submitted with his request did not support a waiver to ride, and that Daly chose not to provide additional information to support his request.

The question now is whether he even makes it to the PGA Championship.

Daly tied for 27th last week at the Insperity Invitational in Houston, and withdrew from the Regions Tradition, the first senior major of the year, because of illness. He said he was suffering dizzy spells during the drive toward Alabama.

''Massive dizzy spells, and I'm diabetic now,'' Daly said. ''I was driving the bus from Houston, trying to make it to Birmingham, and pulled off the road six times.''

He says he made it to Philadelphia, Mississippi, and was playing the slot machines.

''The whole thing (stinks),'' Daly said. ''Florida sends me a handicap sticker when I'm there. It's embarrassing. But I can't walk more than six holes before the whole knee swells up, and then I can't go anymore.''

Daly said he planned to see a doctor in the next few days about the dizzy spells, which he said used to affect his mother.

Daly was nicknamed ''Wild Thing'' when he first appeared on the PGA Tour as a rookie in 1991 for the way he played and lived. He won the The Open at St. Andrews in 1995, and the last of his five PGA Tour victories was in 2004 at Torrey Pines in the Buick Invitational.

He won the Insperity Invitational on the PGA Tour Champions two years ago.