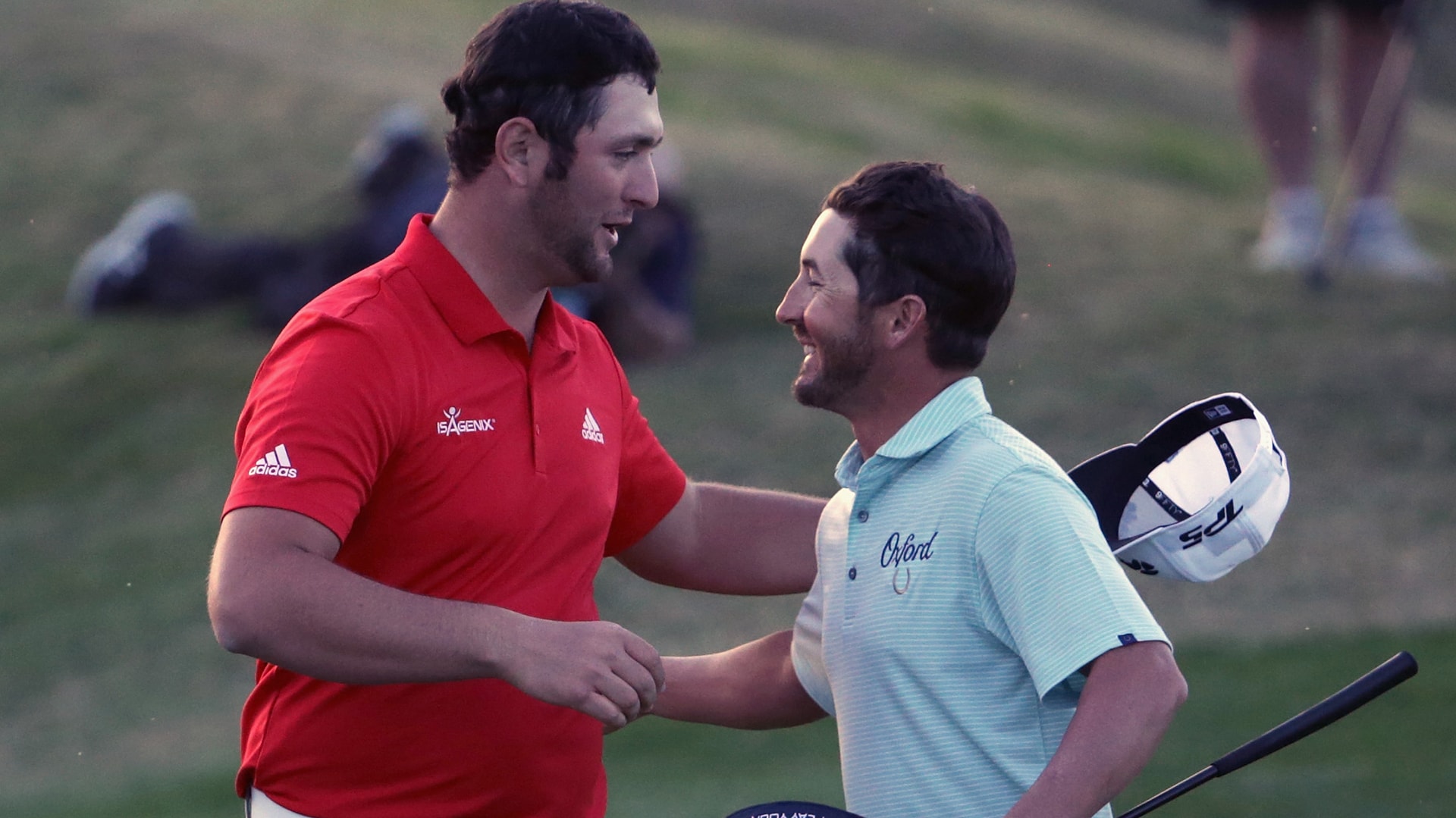 Jon Rahm birdied the fourth extra hole Sunday to defeat Andrew Landry in a playoff, win the CareerBuilder Challenge and move to No. 2 in the Official World Golf Ranking. Here’s how things played out in overtime at PGA West:

What it means: This is Rahm’s second PGA Tour win and his fourth worldwide victory in the last year, dating back to last season’s Farmers Insurance Open. Rahm took the early lead Thursday with an opening 62 and after rounds of 67-70, he started the final round two back. On Sunday, he made five birdies without dropping a single shot on the intimidating Stadium Course. In the clubhouse at 22 under, Rahm watched as Landry made birdie on 18 to force a playoff.

Rahm missed birdie putts that would have ended the tournament on the final hole of regulation and on each playoff hole. Finally, on his fourth trip down 18 of the day, his birdie bid found the cup. With the victory, Rahm passes Jordan Spieth to move to No. 2 in the Official World Golf Ranking, trailing only Dustin Johnson. He enters next week at Torrey Pines looking to defend for the first time.

Best of the rest: A two-time Web.com winner playing his second full season on the PGA Tour, Landry shot 68 Sunday, making birdie on the 72nd hole to force extras. Once Rahm finally made birdie on the fourth playoff hole, Landry's putt to extend slid by on the right edge. This is Landry's best career finish on the PGA Tour. Had he won, he would have secured full Tour status through the 2019-20 season and earned invites to the Masters, Players, and PGA Championships.

Round of the day: Sam Saunders fired an 8-under 64 to register this best finish of the season, a tie for eighth at 18 under. The reigning Web.com Tour Championship winner was 9 under par through 12 holes before making bogey at 13 and parring his way into the clubhouse.

Biggest disappointment: Overnight leader Austin Cook was eyeing his second win of the season but never contended. The RSM champion carded two double bogeys Sunday en route to a 3-over 75, dropping him from the 54-hole lead to a tie for 14th.

Shot of the day: Rahm's putt to win:

Curl it in!@JonRahmPGA buries the birdie to take home the @CBGolfChallenge on the fourth sudden-death playoff hole. pic.twitter.com/UrGDaiTdmF

Quote of the day: "One of us had to do it and either one of us would have been a well-deserving champion." - Rahm on his playoff victory over Landry