With blinders on, Rahm within reach of No. 1 at Torrey 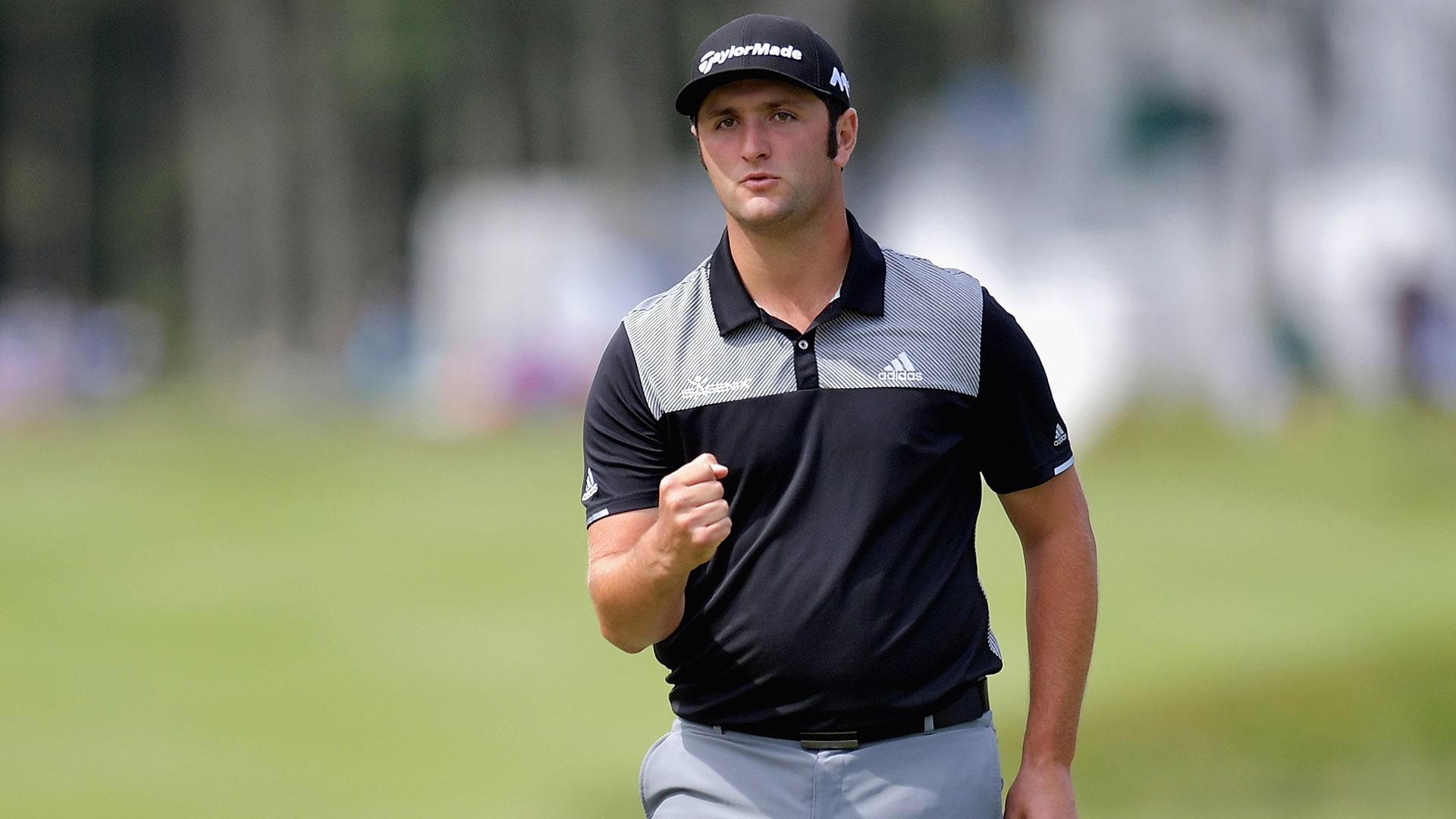 SAN DIEGO – The drive over to Torrey Pines from Palm Springs, Calif., takes about two and a half hours, which was plenty of time for Jon Rahm’s new and ever-evolving reality to sink in.

The Spaniard arrived in Southern California for a week full of firsts. The Farmers Insurance Open will mark the first time he’s defended a title on the PGA Tour following his dramatic breakthrough victory last year, and it will also be his first tournament as the game’s second-best player, at least according to the Official World Golf Ranking.

Rahm’s victory last week at the CareerBuilder Challenge, his second on Tour and fourth worldwide tilt over the last 12 months, propelled the 23-year-old to No. 2 in the world, just behind Dustin Johnson. His overtime triumph also moved him to within four rounds of unseating DJ atop the global pecking order.

It’s impressive for a player who at this point last year was embarking on his first full season as a professional, but then Rahm has a fool-proof plan to keep from getting mired in the accolades of his accomplishments.

“It's kind of hard to process it, to be honest, because I live my day-to-day life with my girlfriend and my team around me and they don't change their behavior based on what I do, right?” he said on Tuesday at Torrey Pines. “They'll never change what they think of me. So I really don't know the magnitude of what I do until I go outside of my comfort zone.”

Head down and happy has worked perfectly for Rahm, who has finished outside the top 10 in just three of his last 10 starts and began 2018 with a runner-up showing at the Sentry Tournament of Champions and last week’s victory.

According to the world ranking math, Rahm is 1.35 average ranking points behind Johnson and can overtake DJ atop the pack with a victory this week at the Farmers Insurance Open; but to hear his take on his ascension one would imagine a much wider margin.

“I've said many times, beating Dustin Johnson is a really, really hard task,” Rahm said. “We all know what happened last time he was close to a lead in a tournament on the PGA Tour.”

Rahm certainly remembers. It was just three weeks ago in Maui when he birdied three of his first six holes, played the weekend at Kapalua in 11 under and still finished eight strokes behind Johnson.

And last year at the WGC-Mexico Championship when Rahm closed his week with rounds of 67-68 only to finish two strokes off Johnson’s winning pace, or a few weeks later at the WGC-Dell Technologies Match Play when he took Johnson the distance in the championship match only to drop a 1-up decision to the game’s undisputed heavyweight.

As far as Rahm has come in an incredibly short time - at this point last year he ranked 137th in the world - it is interesting that it’s been Johnson who has had an answer at every turn.

He knows there’s still so much room for improvement, both physically and mentally, and no one would ever say Rahm is wanting for confidence, but after so many high-profile run-ins with Johnson, his cautious optimism is perfectly understandable.

“I'll try to focus more on what's going on this week rather than what comes with it if I win,” he reasoned when asked about the prospect of unseating Johnson, who isn’t playing this week. “I'll try my best, that's for sure. Hopefully it happens, but we all know how hard it is to win on Tour.”

If Rahm’s take seems a tad cliché given the circumstances, consider that his aversion to looking beyond the blinders is baked into the competitive cake. For all of his physical advantages, of which there are many, it’s his keen ability to produce something special on command that may be even more impressive.

Last year at Torrey Pines was a quintessential example of this, when he began the final round three strokes off the lead only to close his day with a back-nine 30 that included a pair of eagles.

“I have the confidence that I can win here, whereas last year I knew I could but I still had to do it,” he said. “I hope I don't have to shoot 30 on the back nine to win again.”

Some will point to Rahm’s 60-footer for eagle at the 72nd hole last year as a turning point in his young career, it was even named the best putt on Tour by one publication despite the fact he won by three strokes. But Rahm will tell you that walk-off wasn’t even the best shot he hit during the final round.

“If I don't put that ball on the green, which is actually a lot harder than making that putt, the back nine charge would have never happened and this year might have never happened, so that shot is the one that made everything possible,” he explained.

Rahm’s ability to embrace and execute during those moments is what makes him special and why he’s suddenly found himself as the most likely contender to Johnson’s throne even if he chooses not to spend much time thinking about it.