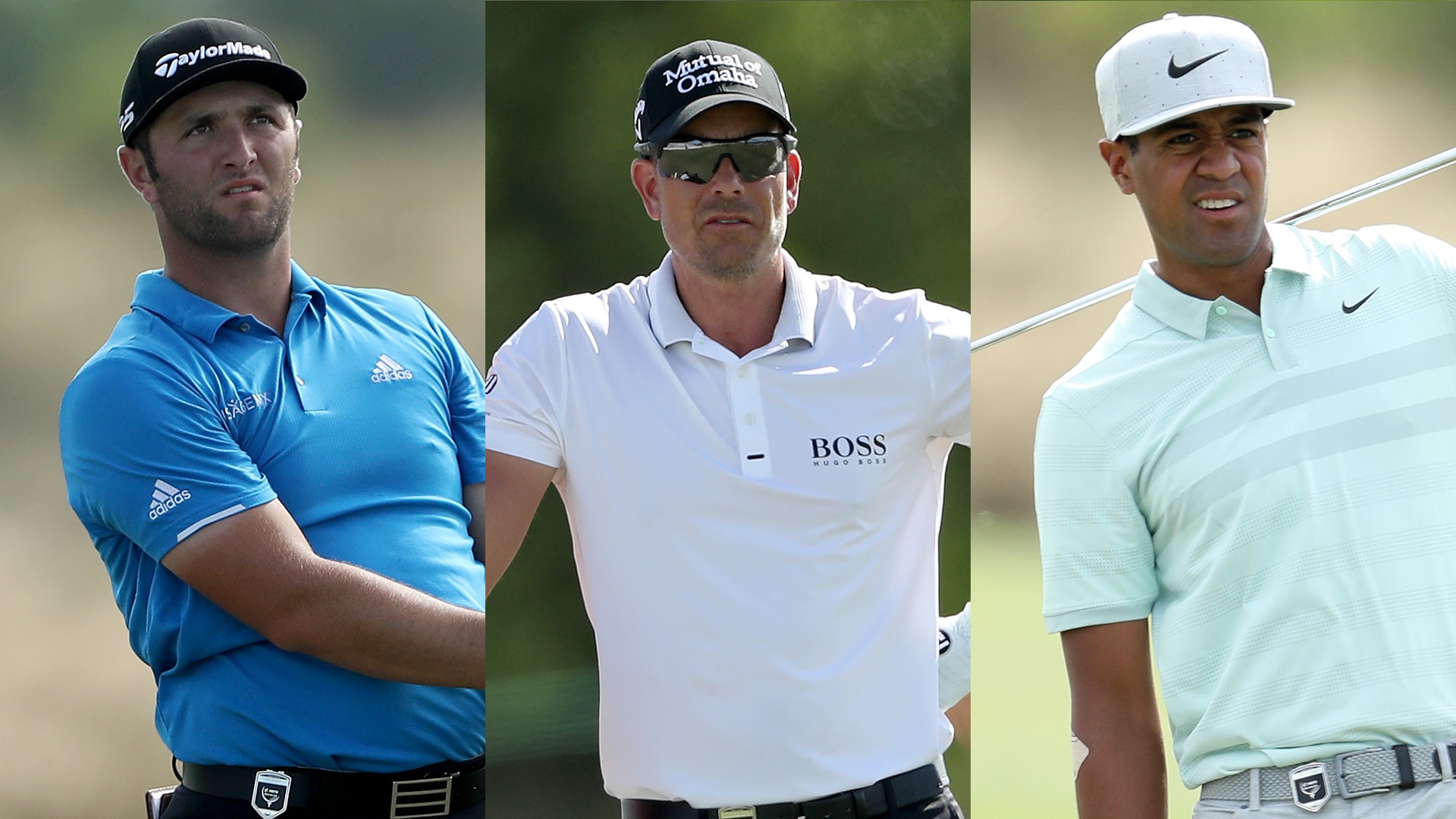 What it means: Rahm is in search of his third worldwide win of 2018 following victories at the CareerBuilder Challenge and the Spanish Open. Stenson is making just his second start since undergoing elbow surgery and hasn't visited the winner's circle since the PGA Tour's 2017 regular-season finale, the Wyndham Championship. Finau let the WGC-HSBC Champions slip through his hands in October and is overdue to walk away with a trophy. Since the 2016-17 PGA Tour season, no player has more top-10 finishes without a victory than Finau (20).

Round of the day: Schauffele (-9) and Patrick Reed (-8) both signed for 6 under. The Masters champ opened with 65 Thursday, followed up with 77 Friday, and rebounded with 66 Saturday. Schauffele has improved each day at Albany, with rounds of 73-68-66.

Best of the rest: Finau, Woodland and Fowler turned in rounds of 67. Fowler, three back, rallied from seven down last year to win the Hero with a Sunday 61.

Biggest disappointment: This week’s host, Tiger Woods, finds himself in last place at 2 under par. The five-time tournament champion played his first three holes in 3 over but managed to fight his way back to even-par 72 for the day.

Shot of the day: Alex Noren played his final five holes in 3 under par, with a triple bogey, two birdies and two eagles, one of which was this ace at the par-3 17th:

It was a weird, wild close to a round of 2-under 70 that pushed Noren to 8 under for the week.

Quote of the day: