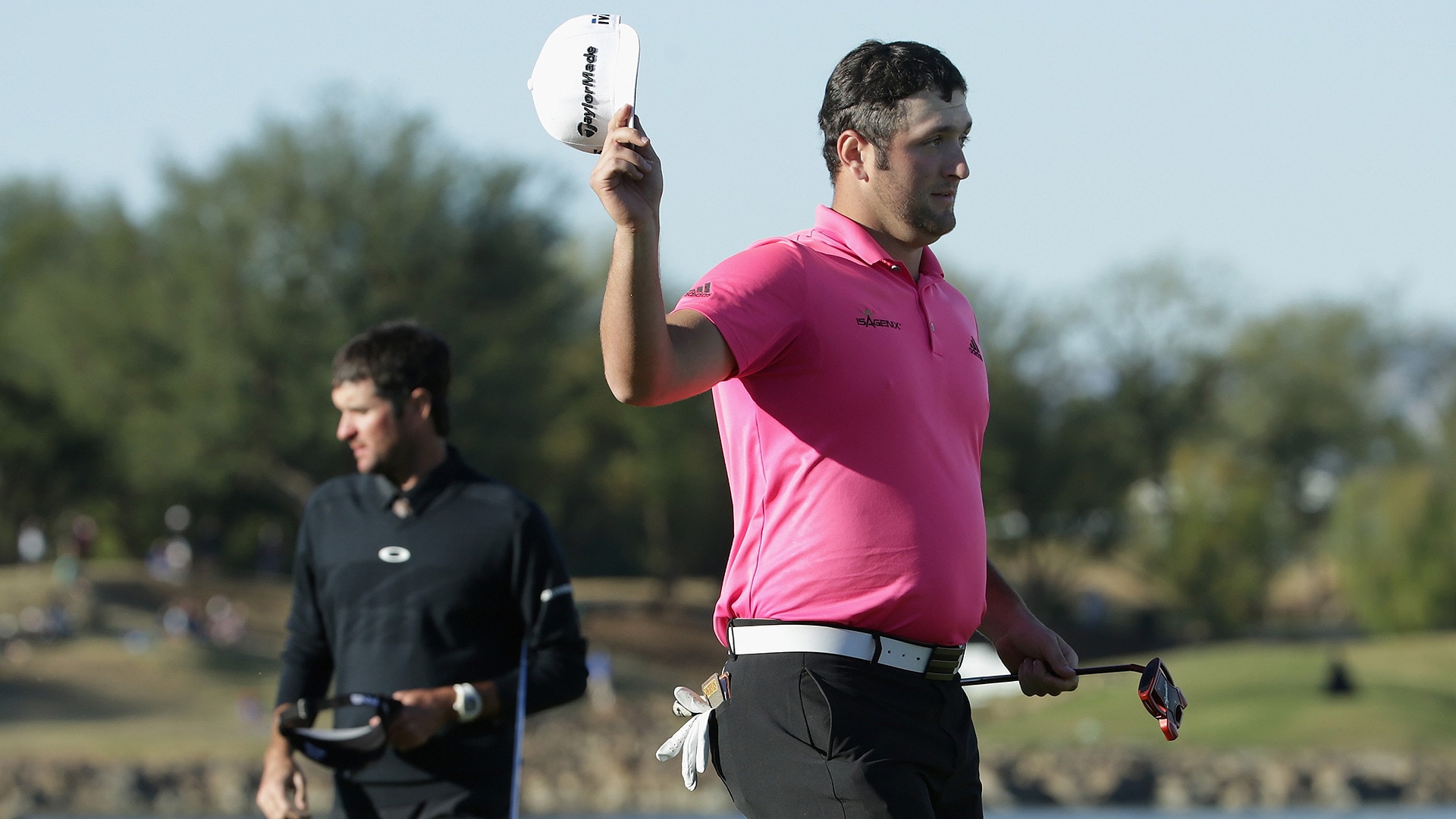 Jon Rahm managed the winds and his frustrations Saturday at the CareerBuilder Challenge to give himself a chance to win his fourth worldwide title in the last year.

Rahm’s 2-under-par 70 on the PGA West Stadium Course left him two shots off the lead going into the final round.

“I wasn’t really dealing with the wind that much,” Rahm said of his frustrations. “I was dealing with not being as fluid as I was the last two days.”

The world’s No. 3 ranked player opened with a 62 at La Quinta Country Club on Thursday and followed it up with a 67 on Friday at PGA West. He made six birdies and four bogeys on the Stadium Course on Saturday.

Rahm is projected to move to No. 2 in the world rankings with a finish of sixth or better on Sunday.