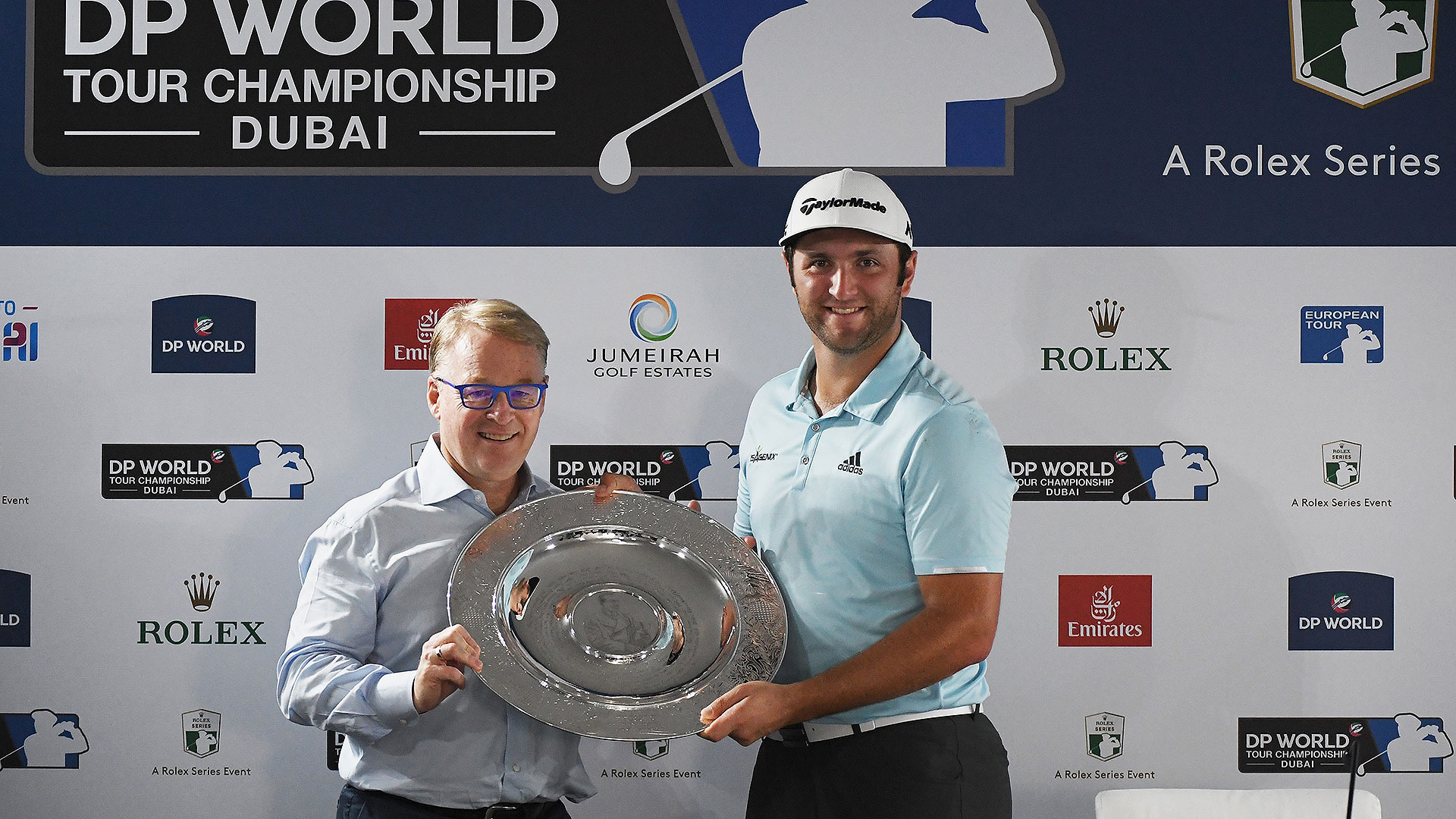 Jon Rahm's meteoric rise in 2017 was validated with some hardware before the start of the DP World Tour Championship in Dubai. Rahm, 22, was presented with the Sir Henry Cotton award as the European Tour Rookie of the Year.

Rahm turned pro in the summer of 2016 and joined the European circuit in March of this year. Since then he has won the Dubai Duty Free Irish Open and finished top five in both the WGC–Dell Technologies Match Play and the WGC–Mexico Championship. He's jumped up to No. 5 in the world and is currently fourth in the Race to Dubai.

Rahm, who is from Spain but played his college golf at Arizona State University, joins Pablo Larrazabal (2008), Gonzalo Fernandez-Castano (2005), Sergio Garcia (1999), and Jose Maria Olazabal (1986) as the only Spanish winners of the award.