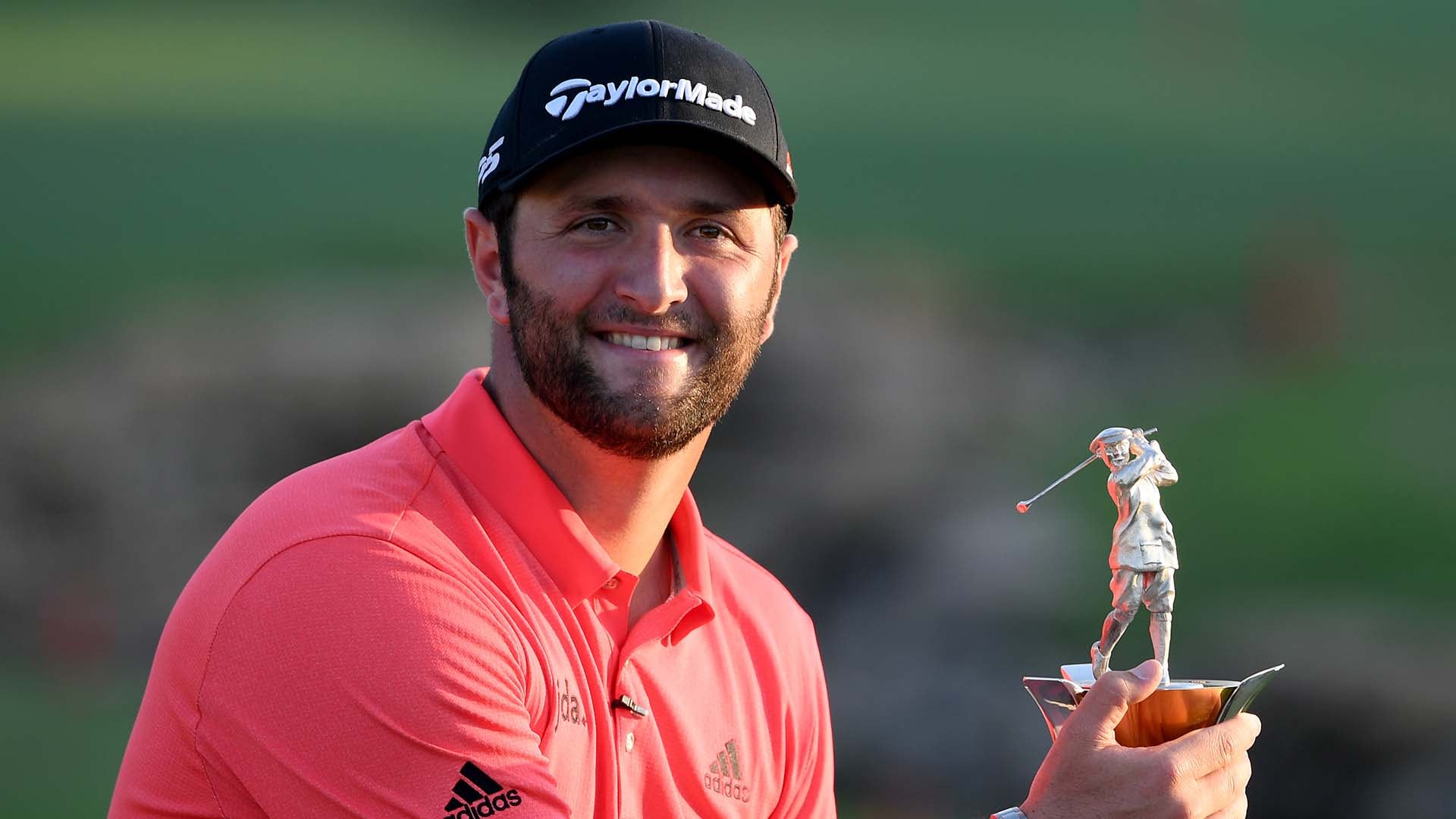 Jon Rahm is back into rarified air in the Official World Golf Ranking following his double-dip in Dubai.

The Spaniard won the season-ending DP World Tour Championship on Sunday, a victory that also netted him the overall Race to Dubai honors. It sparked a $5 million payday for the 25-year-old and also vaulted him up two spots to No. 3 in the latest world rankings.

The victory was Rahm's fourth worldwide win of the year, and it continued a rankings ascent for a player who was outside the top 10 as recently as June. Rahm's now behind only world No. 1 Brooks Koepka and No. 2 Rory McIlroy, and it's his highest standing since he was ranked No. 2 in February 2018.

Dubai runner-up Tommy Fleetwood stayed in the No. 10 slot, while Mike Lorenzo-Vera went from 96th to 65th after finishing third.

Tyler Duncan's maiden PGA Tour win at the RSM Classic led to the biggest jump of the week, as Duncan moved from No. 387 to No. 170 in the world. Playoff runner-up Webb Simpson moved up one spot to No. 11, past Bryson DeChambeau, while a fourth-place finish moved Brendon Todd from 83rd to 72nd.

Koepka remains in the top spot for another week, followed by McIlroy, Rahm, Dustin Johnson and Justin Thomas. Patrick Cantlay stayed at No. 6, with Tiger Woods, Justin Rose, Xander Schauffele and Fleetwood rounding out the top 10.