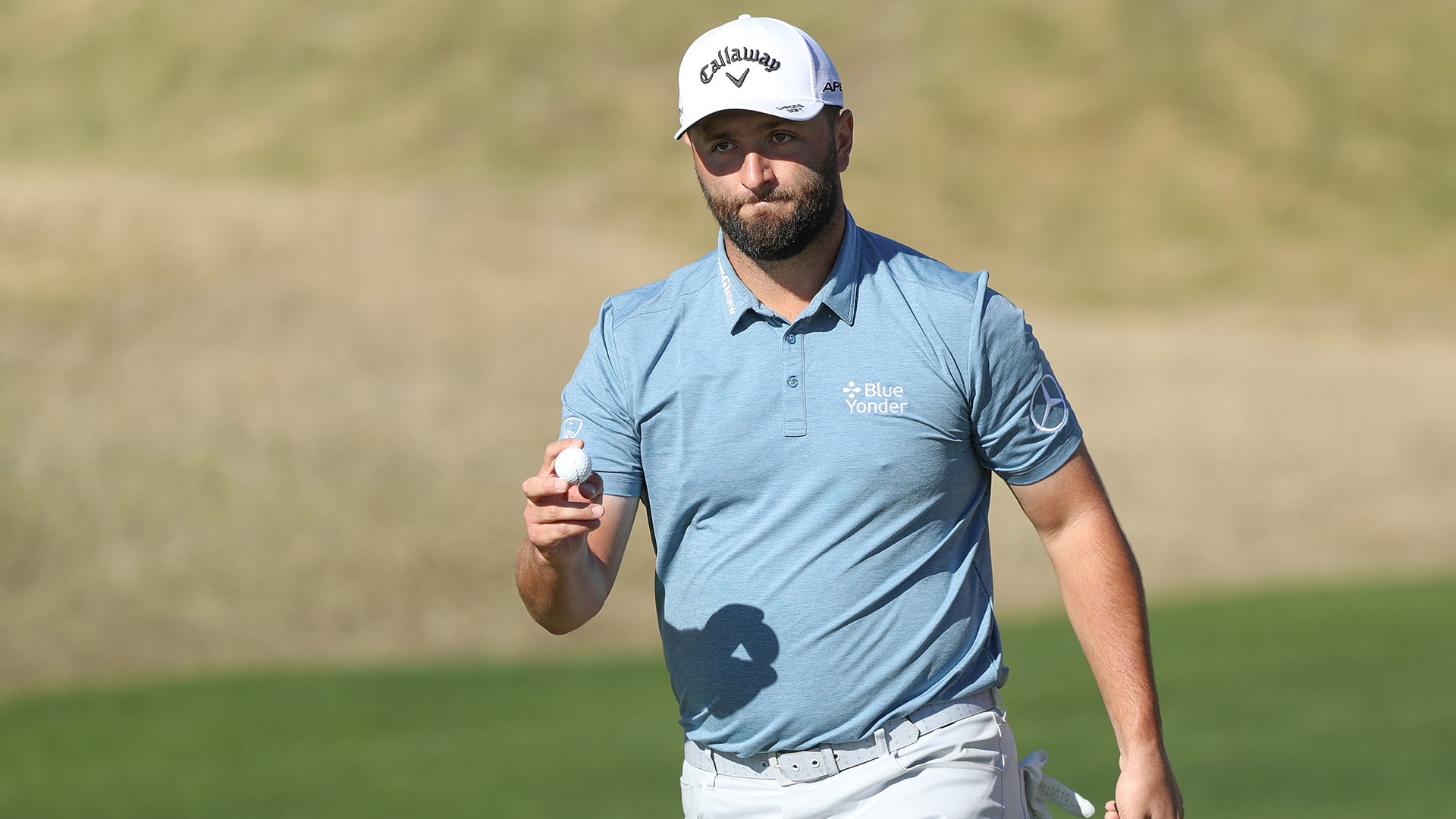 LA QUINTA, Calif. — Jon Rahm got off to a hot start and shot a 7-under 65 Saturday on PGA West’s Stadium Course for a share of the lead with PGA Tour rookie Davis Thompson in The American Express.

Thompson’s run of eagles in the Southern California desert finally ended as the 23-year-old carded a 67, also on the Stadium Course, to settle into a tie with Rahm at 23-under 193. Thompson, who had five eagles in leading through the first two rounds, just missed a 35-foot birdie putt on No. 18 that would have given him a one-stroke lead.

Rahm, the world’s fourth-ranked player who won at Kapalua two weeks ago, and Thompson will make up the final group Sunday on the Stadium Course, which was one of three courses that hosted the first three rounds.

J.T. Poston and Christiaan Bezuidenhout, who shot a 10-under 62 on the Nicklaus Tournament Course, were four strokes behind the leaders. Tom Kim, Harry Higgs, Sam Burns and Taylor Montgomery were another stroke back at 18 under.

“Nothing but positive,” said Rahm, who will be playing for his ninth Tour victory. “Ball-striking felt amazing. Hit a lot of great shots out there off the tee. Giving myself a lot of opportunities with the irons. Took advantage of quite a few of them. So very confident going into tomorrow and knowing that I’m going to have to shoot another low score if I want to have a chance to win.”

Rahm came into Saturday trailing Thompson by two strokes. He teed off seven groups ahead of Thompson and took the lead with a blistering front nine that included four birdies and an eagle on the par-5 fifth. The Spanish star cooled off on the back nine with just two birdies and a three-putt bogey on par-3 17th that cut his lead to one, before ending his round with a par.

“It’s great. I feel like I don’t have anything to lose in my rookie year,” Thompson said. “Just kind of freewheel it. But I’m excited to play with Jon. He’s obviously a top 5 player in the world. He’s very good. But I’m excited about the challenge and just looking forward to tomorrow.”

Thompson had four birdies on the front nine. “I felt like I stayed patient all day and made some putts,” he said. “Got off to a great start, which always helps. Up-and-downs on 5 and 6 were huge for me just keeping the momentum going.

“I was really proud with how I stayed patient. Didn’t really force anything. Made a bad bogey on 14, but came back and birdied 16. So it was a good way to finish.”

The field includes five of the top seven players in the world and 10 of the top 20.

Second-ranked Scottie Scheffler was in a group of six at 17 under that included Dylan Wu, who had six straight birdies on his first nine in his round of 11-under 61 at the Nicklaus Tournament Course.

Sixth-ranked Xander Schauffele was in a group of five at 15 under, that also included Tony Finau and Jason Day. No. 5 Patrick Cantlay and No. 7 Will Zalatoris were 11 under.