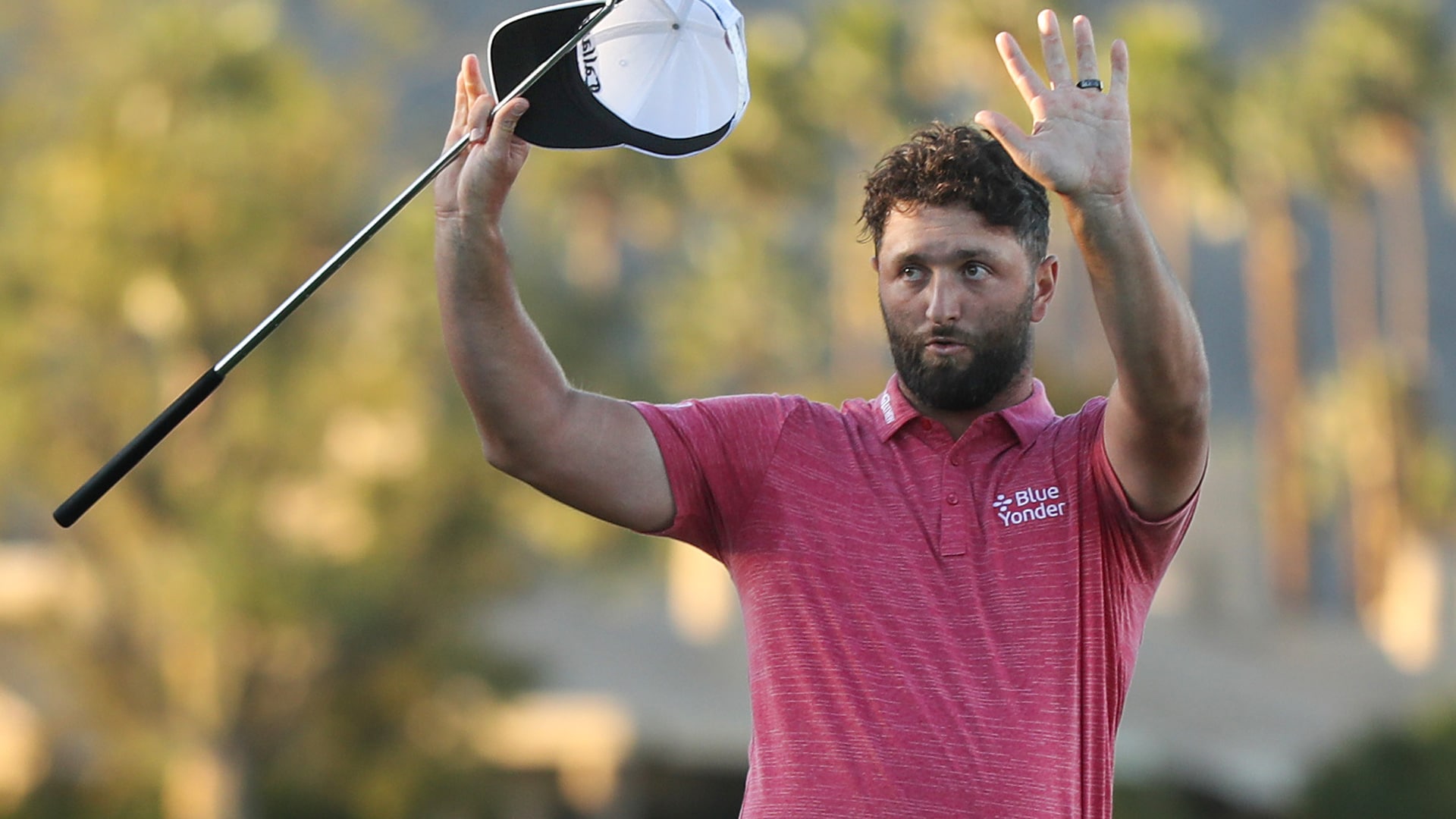 LA QUINTA, Calif. – Jon Rahm took advantage of mistakes by rookie Davis Thompson over the adventuresome final three holes and closed with a 4-under 68 to win The American Express by one stroke on Sunday, his second PGA Tour win in as many starts this year.

The Spanish star pumped his right fist and flashed a look of relief after tapping in for a two-putt par on No. 18.

They were tied with three holes to play when Thompson, who led through 36 holes and shared the lead with Rahm going into Sunday, pulled his drive into a deep fairway bunker on the par-5 16th and wound up with par. Rahm made birdie to take the lead.

On the par-3 17th, Thompson chose to leave the pin in for his 50-foot birdie putt on the island green, and the ball squarely hit the pin and rolled away. The 23-year-old from Georgia dropped his putter and put his hands to his face. As he walked to the 18th tee after tapping in for par, he pulled his shirt up over his mouth in frustration.

Rahm hit his tee shot into the bunker on 18 but recovered nicely with a shot to 15 feet and pumped his fist. Thompson’s drive found the fairway but his approach bounced on the green and ran down the slope behind it. The rookie hit a bold flop shop that settled a foot to the right of the hole. He shot 69.

Rahm had two putts to finish at 17-under 261 and win for the ninth time on the PGA Tour. He moves up one spot to No. 3 in the world. He is playing next week at Torrey Pines, while world No. 1 Rory McIlroy makes his 2023 debut in Dubai on the DP World Tour.

Rahm opened with two birdies to take the lead, but Thompson eventually caught up to him when Rahm’s par putt lipped out on No. 13. 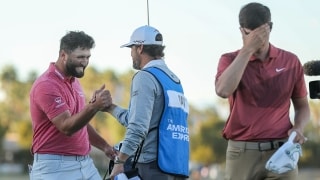 Rahm got his share of breaks. From the middle of the fairway on the 16th, Rahm had his hands on his hips as he watched his second shot head toward the deep bunker down the left side. It hit in the dormant rough and stayed in the fairway. That left a pitch to just inside 10 feet, and his birdie putt for the lead swirled into the cup.

"I'm just going to say that I'm glad I came back and won the putting contest this year," Rahm said. "That's all I can say."

Rahm now has won four of his last six starts – he won the Sentry Tournament of Champions in Hawaii to start the year, and he won twice on the European tour at end of last year. This was his seventh straight top 10 worldwide, a streak that began after the Tour Championship in late August.

Xander Schauffele, two weeks after he withdrew because of back pain, closed with a 62 and finished two behind with Chris Kirk (64).

Taylor Montgomery was challenging Rahm and Thompson until he put his tee shot into the water on the 17th. He closed with a 66 and finished fifth.

Scottie Scheffler closed with a 67 and tied for 11th. He narrowly missed a birdie putt on the final hole that would have allowed him to return to No. 1 by a fraction of a point over McIlroy. Scheffler is not playing next week.