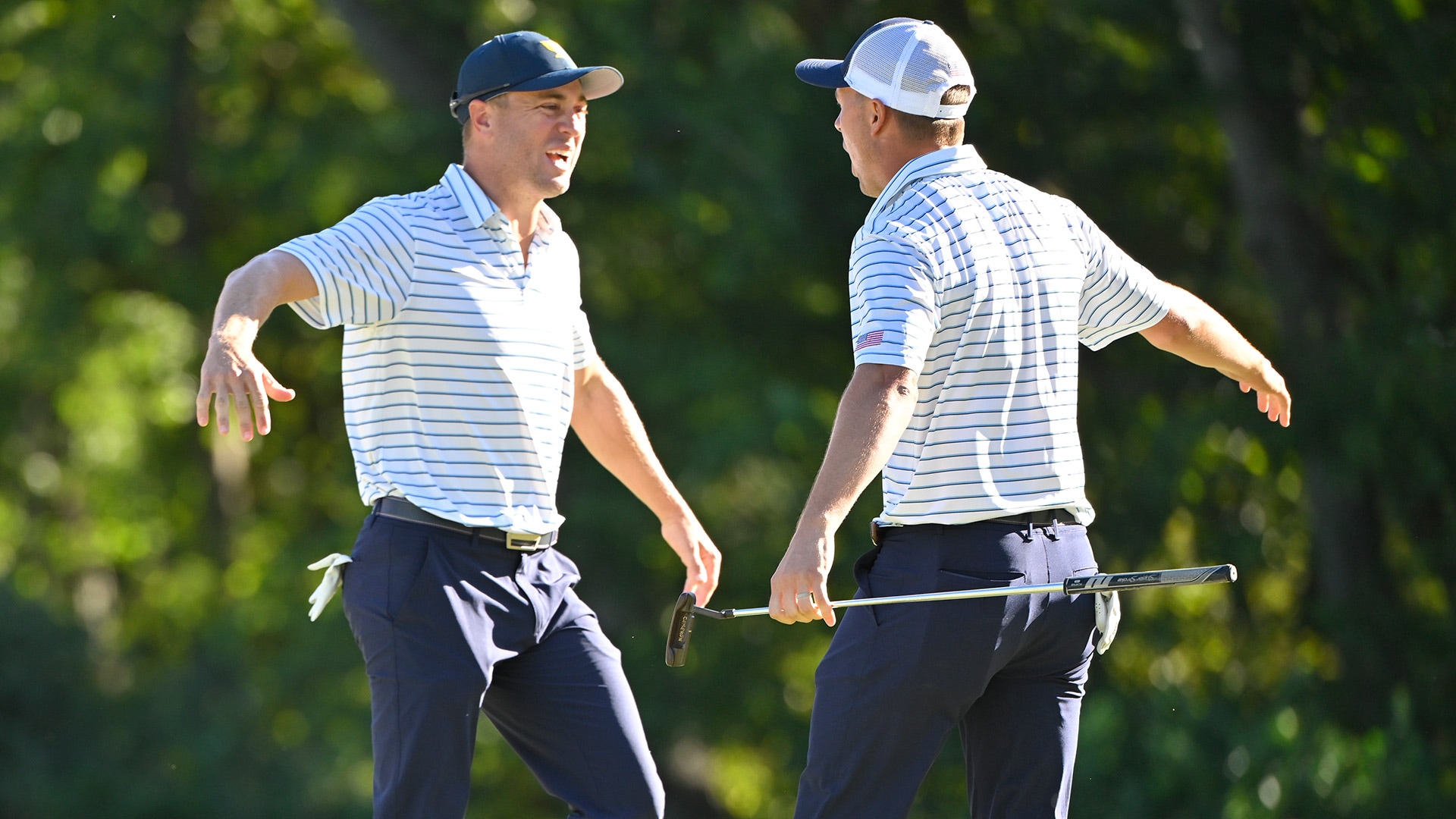 CHARLOTTE, N.C. – It’s a familiar scene. Jordan Spieth and Justin Thomas celebrating a clutch putt or impossible recovery shot in the most crucial moment. For the International team it’s a relentless highlight reel that will likely haunt their thoughts for some time.

“It is just really, really nice having Jordan as a partner and him being over a 20-, 25-footer and actually being on his team. Or seeing him in a bunker and him being on my team,” Thomas laughed when asked if he’s ever surprised by Spieth’s performance. “No, anything and everything he does on the golf course does not surprise me. I've seen crazier, that's for sure.”

The duo has become a staple of American teams in recent years, going a combined 6-2-0 in the Presidents Cup and Ryder Cup thanks to their chemistry and a familiarity that goes back to their junior golf days, but Spieth was quick to point out that it’s not always high-fives and smiles from Thomas in team matches.

“I think when my ball bounces out of the water, I got a little different reaction from him than I would normally get in a tournament,” smiled Spieth, whose approach at the par-4 15th hole bounced off a rock in a water hazard and landed just off the green.

“I was kind of pissed it didn't stay on the green,” Thomas laughed. “I feel like it very well could have stayed on the green, but you've got to take what you get, I guess.”