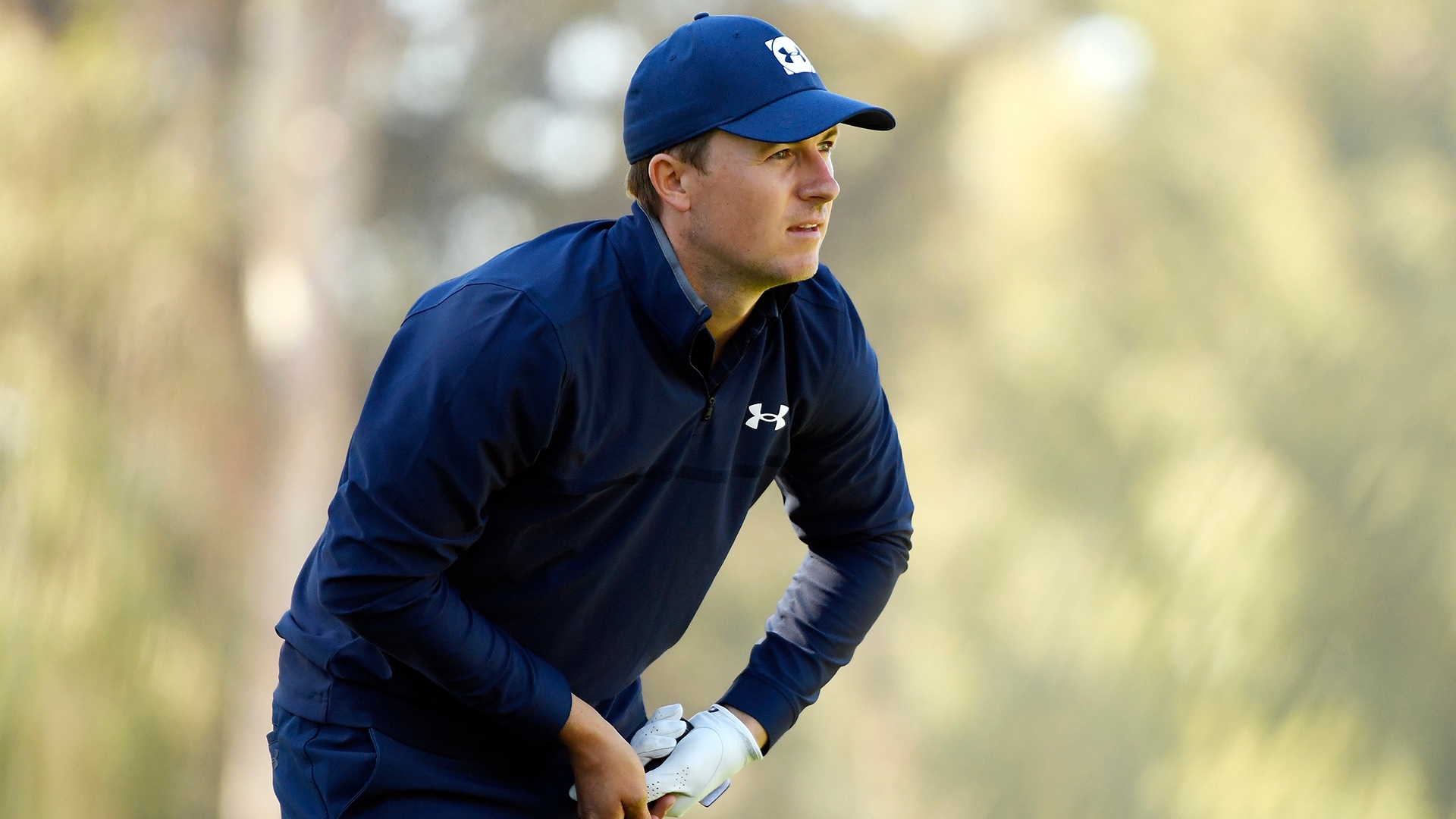 LOS ANGELES – It’s been a minute since Jordan Spieth was able to throw a humble brag around, but he didn’t seem out of practice on a glorious Southern Cal day.

“I feel like today it was almost the highest score I could have shot and it's really a good sign for things to come,” said Spieth who appears to have gotten back in the routine of being really good at golf again.

PGA Tour golf isn’t as entertaining without Jordan. Dustin Johnson and Rory McIlroy have a mechanical majesty to their games and there is a perverse enjoyment to how Bryson DeChambeau bludgeons the game to his will, but there’s nothing quite like Jordan’s penchant for the impossible.

It’s that Friday round at Riviera Country Club and the idea that his second-consecutive 68 was “the highest score” he could have shot. It was there just as he made the turn in an eventful blur, everything that makes Jordan worth the watch unfolding in a 50-minute window.

There was a textbook birdie at the par-5 17th hole followed by a messy bogey at the iconic finisher and a muttering trudge up the hill to the first tee. Another textbook birdie at the par-5 opener tagged by a three-putt from 80 feet at No. 2 for another bogey. As Jordan’s lag putt raced across the green at the second he pleaded, “Please, stop moving!” It didn’t stop until it had trundled off the front edge of the green. Jordan’s shoulders slumped.

Four holes, two birdies, two bogeys. Perfectly Jordan. It’s why his collapse has been almost as compelling as his meteoric climb. We don’t cheer for Jordan because he’s perfect, we cheer for him because he’s not.

That was always the secret sauce when it came to Jordan. There was always a humanity to the way he played the game that was compelling beyond the birdies and bogeys.

The stoic brilliance of Johnson is awe-inspiring, but Jordan let us all in for the ride. When he came within a stroke of sweeping the first three legs of the single-season Grand Slam in 2015 at St. Andrews it was appointment viewing. And as he’s endured a title drought that’s now stretched to 3 ½ years he’s been just as mesmerizing.

Now that there seems to be a light at the end of the tunnel and a smile back on his face the show remains unchallenged. What started quietly at the Waste Management Phoenix Open with opening rounds of 67-67 has now blossomed into three consecutive weeks in contention going into the weekend.

Jordan tied for fourth at TPC Scottsdale, his first top-10 finish since last June, and third last week at Pebble Beach. At Riviera he’s tied for fourth place, albeit a half dozen shy of the lead but we’ll take baby steps.

A statistical taste of how drastically his fortunes have swung flashed across the Round 2 telecast – in his last 10 rounds Jordan is 38 under par. What the graphic didn’t add is that in the 10 rounds prior to this run he was 2 over par.

“That kind of belief has me going to bed at night wanting to go to work tomorrow and wanting to go out there and trust what I'm doing,” Spieth said. “Whether we pull it off or not, just to make progress. It gets me really excited about playing golf and for me that makes me happy.”

A mind that moves at the speed of each swing can be relentless and Jordan doesn’t have the luxury of sorting the wheat from the chaff the way Johnson famously can. If it’s true that there is nothing worse than a man left alone with his own thoughts the last few years must have been brutal for Jordan.

But throughout all of his struggles Jordan kept the course. Poor play is often followed by predictable reactions – fire the caddie, fire the coach, fire the clubs. But there was no kneejerk reaction for Jordan. Even when things were at their worst he continued to turn to swing coach Cameron McCormick and caddie Michael Greller for guidance.

“Ultimately, I'm just in the same search that everybody else is that steps on the first tee, which is feeling really in control of the golf ball and shooting low scores,” he said. “Everybody's search for that is a different path and I'm living mine right now.”

Not all paths are created equal. Players struggle, players search for answers, players persevere – it’s the way of things on Tour. But Jordan’s path is unique because there have been no unspoken thoughts along the way. Through birdies and bogeys there’s no ambiguity which is why Tour golf is infinitely better with Jordan.