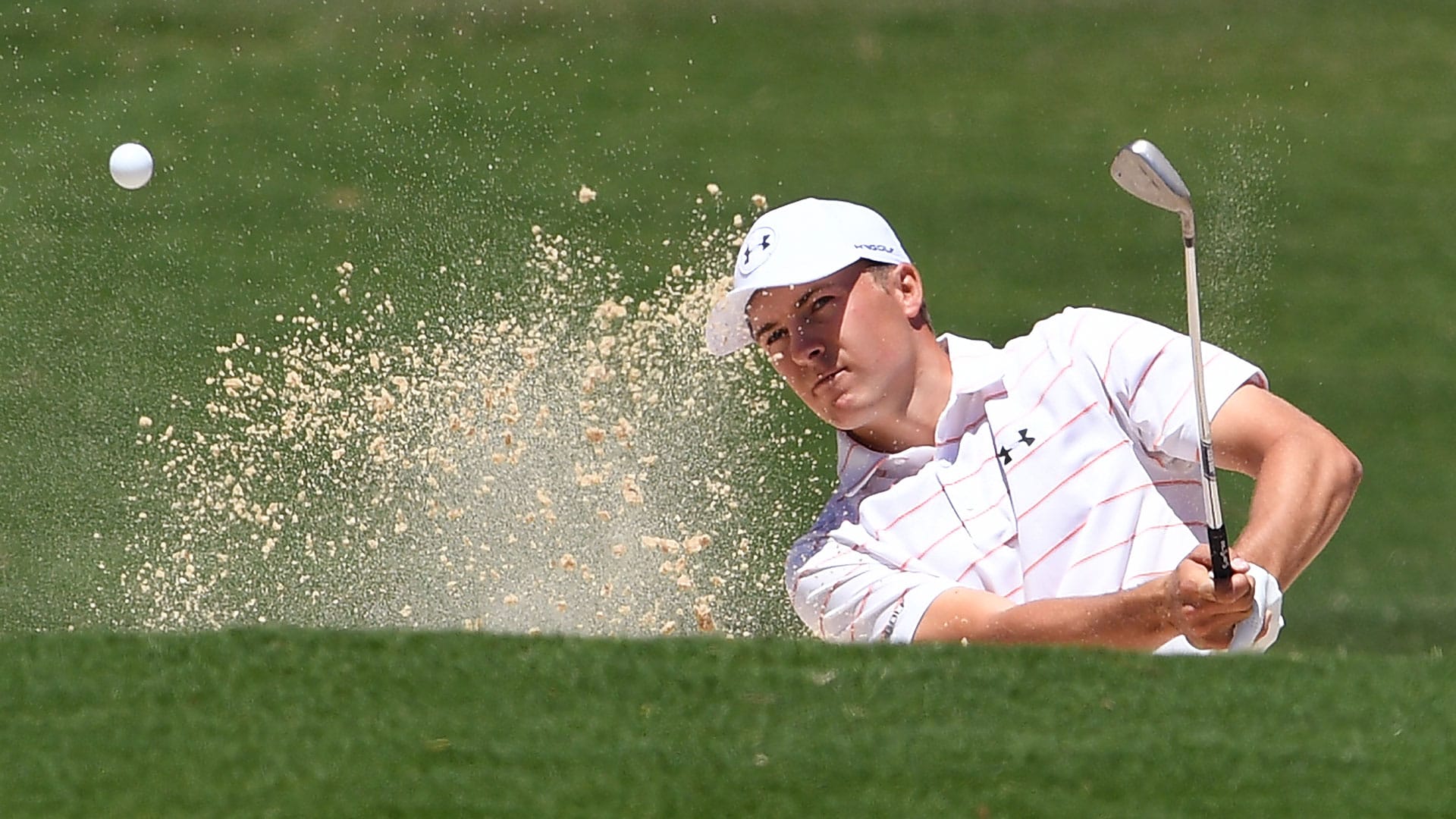 SYDNEY – Defending champion Jordan Spieth's difficult week in Sydney ended on a positive note Sunday - he eagled the 18th hole for a 4-under 67.

Spieth never seemed comfortable at The Australian Golf Club earlier in the tournament and couldn't break 70 over the first three rounds, posting earlier scores of 70-71-70 for a tournament total of 6-under 278.

''It was a great finish,'' Spieth said. ''I felt like I hit a lot of really beautiful shots that weren't necessarily rewarded today based on just trying to judge the crosswinds.

Spieth was coming off his longest layoff since his college days, nearly seven weeks since last playing in the Presidents Cup.

Spieth was also playing without his regular caddie, Michael Greller, who stayed in the U.S. after the recent birth of his son. Spieth's longtime coach, Australian Cameron McCormick, was on his bag the week

Spieth was trying to win the Australian Open for the third time in four years.

He won the Australian Open in 2014 in his first appearance in the tournament when it was played at The Australian. He won again last year in a playoff at Royal Sydney. In 2015, he finished in a tie for second with Adam Scott and a shot behind winner Matt Jones at The Australian.

He said having his coach as caddie was beneficial.

''I was just kind of voicing a lot more than I would have ever voiced to Michael,'' Spieth said. ''I thought it was important for Cam to kind of hear how I'm feeling hole after hole, day after day and about different situations. I think we actually made a lot of progress in that sense, or at least have a good starting point to make some progress this offseason.''

Spieth was non-committal about making another trip Down Under for next year's Australian Open.

''I'd love to explore it,'' Spieth said. ''It's just a matter of, like I've said every year, I try and figure out what's going on the next week, let alone a year from now.''

Spieth will play next week at the Hero World Challenge in the Bahamas where tournament host Tiger Woods will make his return to competitive golf.