Spieth knocks off rust with opening 70 at CJ Cup 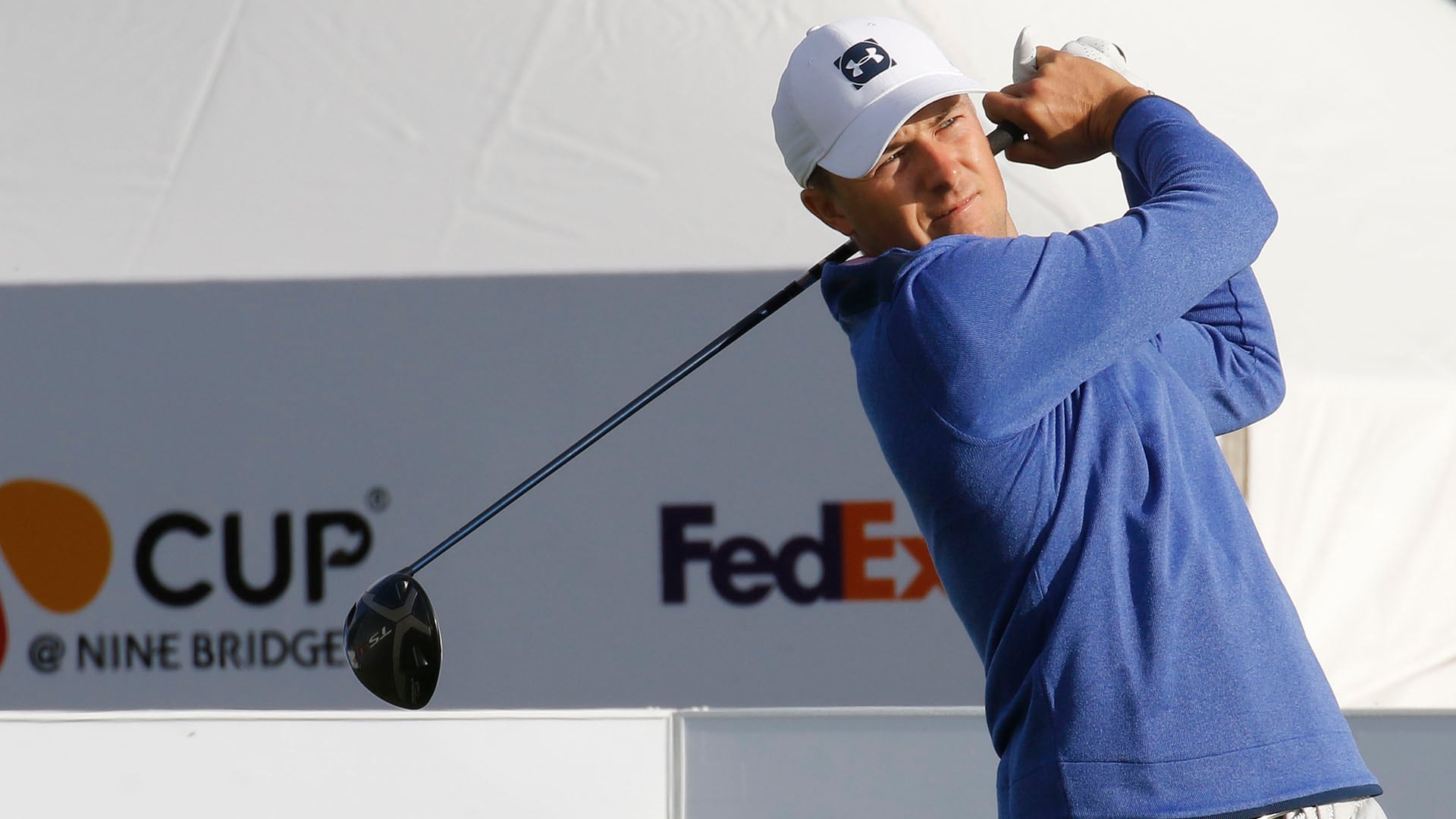 In his first tournament in two months, Jordan Spieth made back-to-back birdies to close out his round of 2-under 70 Thursday at the CJ Cup. He is six shots off Ben An’s lead.

Spieth hasn’t played competitively since the BMW Championship, giving him seven weeks off to work on his slumping long game. In the opening round at Nine Bridges, Spieth hit 11 of 14 fairways and 13 greens.

His only big mistake came on the difficult sixth hole, where he made double bogey after finding the lip of a bunker and then flying the green.

“All in all,” he told reporters afterward, “2 under after seven weeks off is a pretty solid start today.”

For the round, Spieth had six birdies, two bogeys and a double bogey.

Spieth said that one of his goals this fall is to play well enough to secure a wildcard pick from U.S. Presidents Cup captain Tiger Woods. But there’s still a long way to go for Spieth to earn his first victory since July 2017.

“What I’m looking for is to build confidence as the round goes on, and it was a solid day today,” he said. “I feel like I’ll gain more and more control and more trust in what I’m working on the more swings I get in tournament rounds.”