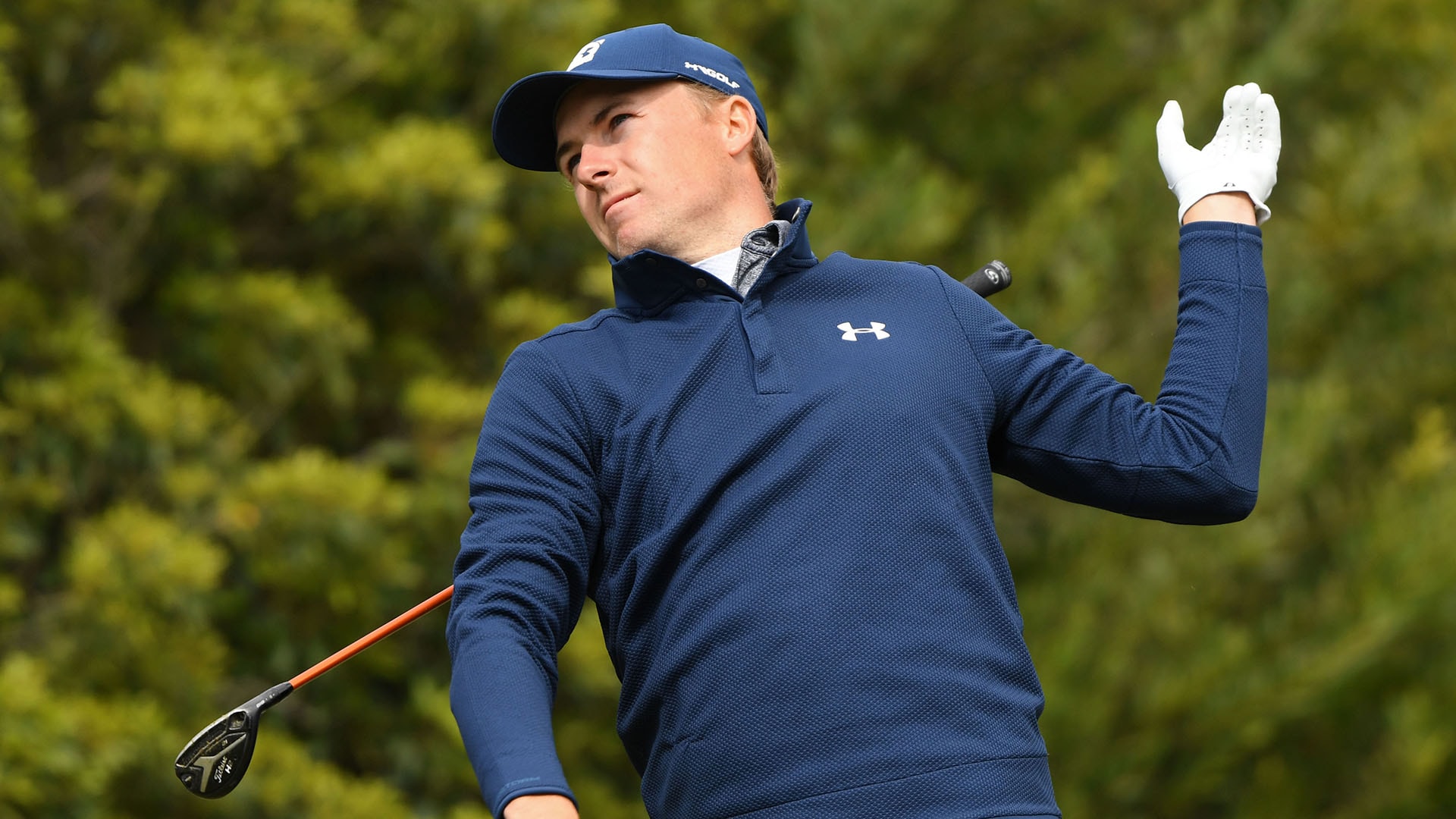 LOS ANGELES – Brisk conditions and gusty winds wreaked havoc on the field during the final round of the Genesis Open, but no one was blown further off course than Jordan Spieth.

Spieth opened with a 64 in soft conditions and remained in the mix through 54 holes, teeing off the final round in a tie for fourth at 9 under. But on a course where he helped Texas win a national title seven years ago, things took a disastrous turn as Spieth ballooned to a 10-over 81, the worst final-round score in the field by a three-shot margin.

Spieth’s scorecard featured a double bogey on No. 2, a triple bogey on No. 5 where he three-putted from 4 feet, and a quadruple-bogey 8 on the treacherous 10th hole after nearly driving the green. His tee shot ended up in the bunker short of the putting surface, but his second found more sand behind the green and from there it took him four swipes to get out.

The blunders dropped Spieth into a tie for 51st, erasing three days of strong play in the span of a few hours and leaving him over par for the week. He declined to speak to reporters after the final round.

For Spieth, this was the second straight weekend to forget. He was one shot off the lead after 36 holes at the AT&T Pebble Beach Pro-Am, only to fade to a T-45 finish after carding rounds of 74-75.

After failing to reach the Tour Championship last season, Spieth’s efforts to get back on track will continue into next week’s WGC-Mexico Championship. He still has not had a top-10 finish since The Open in July, hasn’t cracked the top 5 since the 2018 Masters and hasn’t won since lifting the Claret Jug at Royal Birkdale two summers ago. His best result in six starts this season remains a T-35 finish at the Farmers Insurance Open.