Spieth, McIlroy get back on track at Travelers 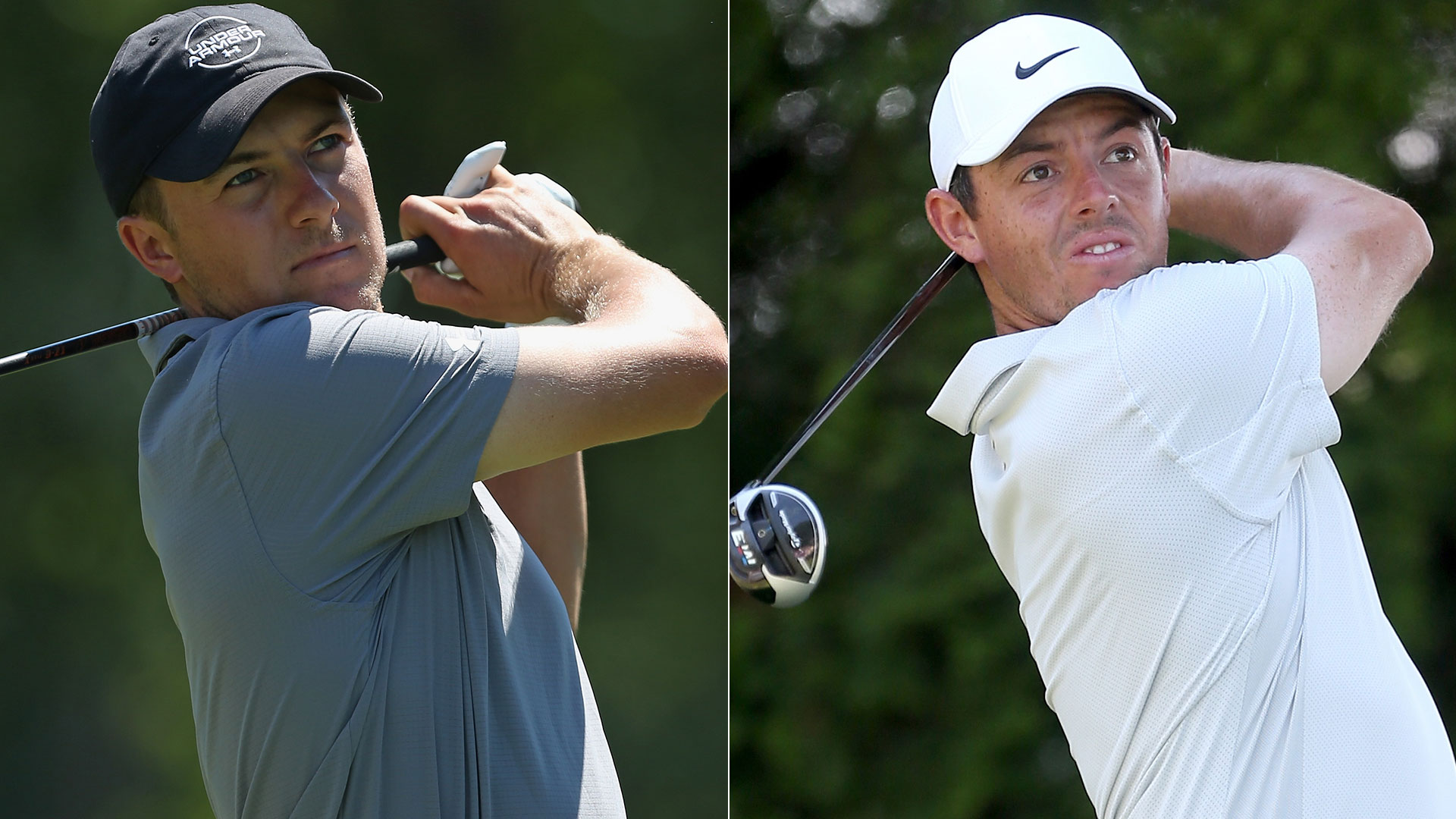 CROMWELL, Conn. – What a difference a week makes.

Players speak in unison about a desire to peak four times per year when the major trophies are on the line. But it’s a soft science, easier said than done. Sometimes the key is to play your way onto the biggest stages, while other times the best practice is to build reps far away from the PGA Tour rope line.

Jordan Spieth got to Shinnecock Hills the weekend before the U.S. Open began, logging two full practice rounds before sitting down for his pre-tournament interview. Rory McIlroy went to an even further extreme, basically establishing residency in the Hamptons while playing every top-100 golf course within a 20-mile radius.

They were concerted efforts, carefully calculated plans of attack that both men hoped would yield a second U.S. Open title. They also blew up in their faces in record time.

Spieth was 4 over after just two holes at Shinnecock, while McIlroy played his first 11 in 10 over. Just like that, the best-laid plans got lost in the knee-high fescue as one of a finite number of legitimate shots at major glory went by the wayside before lunch was served.

Both players snuck off the premises well before the course became the weekend storyline, each bearing the battle scars of a missed cut. But given a chance to quickly reverse their fortunes, they both took full advantage at the Travelers Championship.

Spieth has spoken openly in recent weeks about the wars he continues to wage with his own game, as his putter has been downgraded from balky to outright uncooperative. Just as things started to turn around on the greens at the Memorial, his reliable ball-striking began to fade. A full-blown game of whack-a-mole has ensued.

“It’s certainly a testing year for me, and it’s a building year,” Spieth said. “It’s one where I can actually come out stronger. I’ve kind of looked at it that way the last couple months.”

It’s also been difficult for Spieth simply to get out of the gates in recent weeks. His third-place showing at the Masters remains a high water mark, but it was the product of a scintillating finale that came after starting the day well off the pace. Spieth remains candid about the fact that he has lacked a quality chance to win this year, one that he has previously defined as being within six shots of the lead entering Sunday.

All of those factors combined to make his opening 63 especially satisfying, as he returned to TPC River Highlands as defending champ and quickly grabbed a share of the lead, once again carving up a lush layout where he has nothing but positive memories.

“First rounds have been tough for me, trying to do a little bit too much. Trying to get shots back when I drop one and trying to have to birdie easy holes,” Spieth said. “The putter is starting to look better to me, so I can play a little bit more conservatively and still get a lot out of the round.”

McIlroy was alongside Spieth and Zach Johnson before a bogey on the final hole, but even a 6-under 64 matched his low round of the season on Tour. The Ulsterman downplayed his eye-popping score at Shinnecock entering a fresh week, noting that his tee-to-green performance where he hit 17 of 18 greens in regulation during the second round might be good enough to win this week at a more vulnerable venue.

It appears his thesis has merit, albeit through one round.

“I did a lot of similar things to what I did today. It’s just a completely different animal,” McIlroy said. “Like, it’s nice getting off to a good start here. But as I keep saying, I’m not playing that differently now than I did last Thursday, and it’s a 16-shot difference.”

Just like his last competitive round, McIlroy missed only one green in regulation. But this time the stat line portends even greater potential, as he also led the field Thursday in driving distance, strokes gained: off the tee and strokes gained: tee-to-green.

McIlroy’s ceiling remains absurdly high, as demonstrated by the way he surged from the pack to win at Bay Hill and seemingly took early command of the BMW PGA Championship without breaking a sweat. It also doesn’t need lowering after a couple errant days on a grand stage.

“I played really well today. I feel like the work that I did over the weekend sort of started to pay off already,” McIlroy said. “Being able to work the ball both ways was something I wasn’t quite as comfortable doing last week.”

Despite flooding their respective scorecards with birdies, neither Spieth nor McIlroy created any distance from the field on a day when low scores were ripe for the picking. A total of 22 players opened with rounds of 66 or better, including four major champions not named Spieth or McIlroy.

But after pouring time, effort and energy into last week’s major and watching it all go so horribly wrong, this was a day to remember that sometimes the solutions are closer than the recent results make them appear.

“I’ve been sticking to the process. I’ve been very positive about making progress from how I got pretty off earlier this year. So it’s nice to see a good score,” Spieth said. “Just glad. The first rounds have been kind of detrimental to me, so it’s nice to be in the thick of things.”