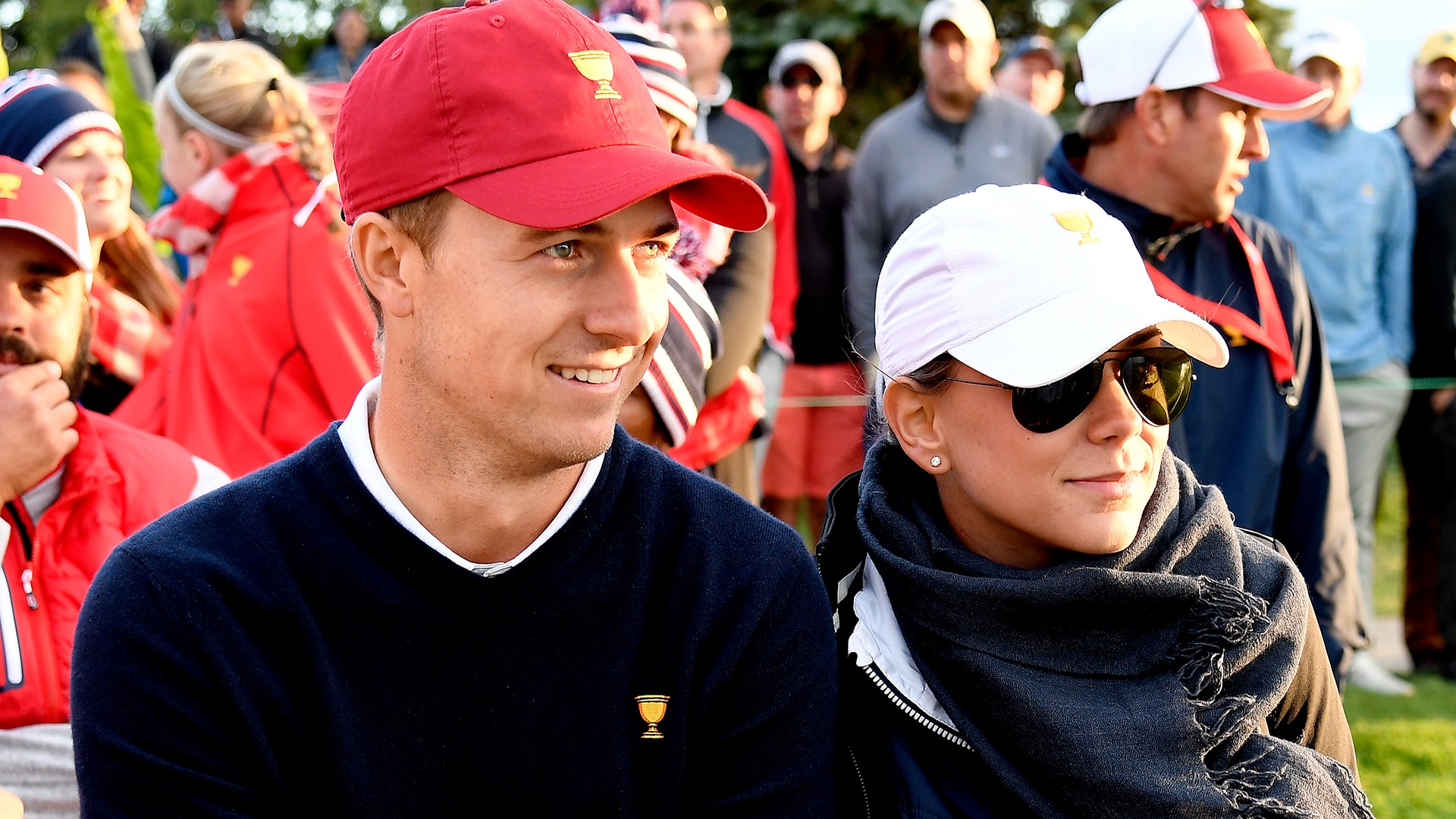 ATLANTA – Jordan Spieth and his wife, Annie, are expecting the couple’s first child on Nov. 21, the 28-year-old confirmed Friday following his second round at the Tour Championship.

Annie Spieth was walking with her husband this week at East Lake, and the 12-time PGA Tour winner said he expected someone to notice that she was pregnant.

“We weren't like hiding it or anything like that, it was just more private life,” Spieth said. “Yeah, very excited. She feels great, that's the No. 1 priority and everything's going smoothly.”

The fall schedule should give Spieth plenty of time at home with his wife and newborn. He’s likely to be one of U.S. Ryder Cup captain Steve Stricker’s six picks for the matches later this month, but other than that his schedule will be light.

Spieth moved into the top 10 at East Lake with a second-round 67 that left him tied for eighth place immediately following his round.