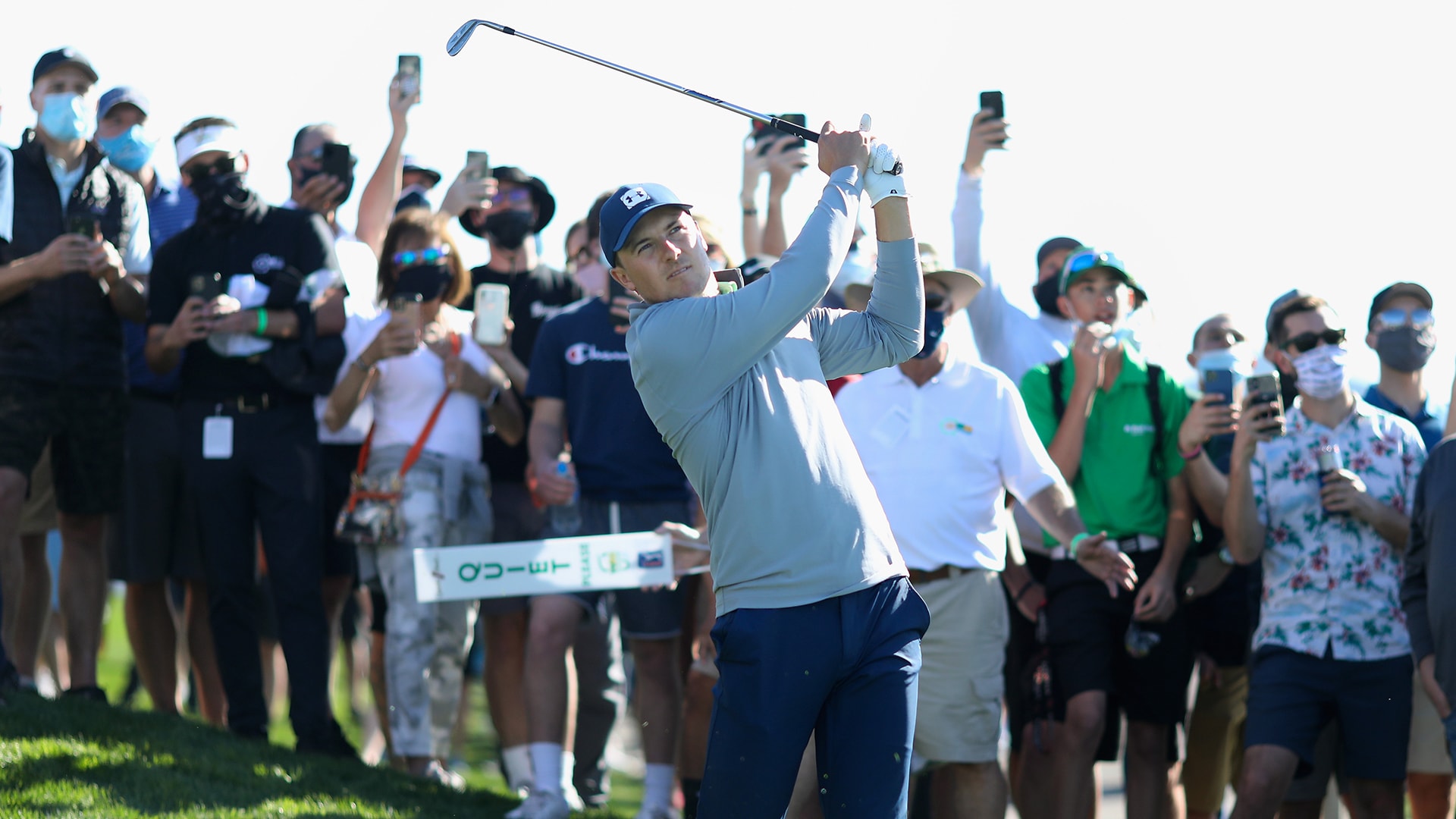 SCOTTSDALE, Ariz. — A day after saying he needed to be patient about results, Jordan Spieth shot a 10-under 61 on Saturday for a share of the lead in the Waste Management Phoenix Open. He then repeated himself.

“What I’m looking forward to is just staying the course, trusting it,” Spieth said. “I have no expectations on the results tomorrow. I really don’t.”

Winless since the 2017 British Open, Spieth was tied with Xander Schauffele at 18-under 196.

“I built some freedom now seeing these results the first few days here to where I feel really good about the path I’m on,” Spieth said. "I feel good about what the long term ahead looks like for me. And sometimes that’s been in question. To myself.”

The 27-year-old Texan is trying recapture the form that carried him to 11 PGA Tour victories — three of them majors — in his first five seasons on the tour.

“I just felt like I stayed really, really patient and struck the ball well,” Spieth said. “Just tried to hit it to the fat parts of the greens when I was out of position and try and attack when I could."

He raised the volume on the back nine at mostly empty TPC Scottsdale, drawing the biggest roar of the week from the limited crowd on the par-3 16th when he curled in a 36-footer for birdie and the outright lead.

Instead of the usual Saturday crowd that has topped 200,000 in recent years, attendance is capped at 5,000 a day — the most for a tour event during the COVID-19 pandemic.

“I told Michael (caddie Greller) the only downside of the birdie putt on 16 is that it would have been arguably the loudest roar I’ve ever had if it were last year,” Spieth said. “But it was still loud."

He followed with a 30-footer for birdie on 17 after driving well left on the short par 4.

“All of a sudden today when you kind of get in the thick of things and the crowd was feeding off and really willing those putts in with me, it actually kind of felt like nothing had happened," Spieth said.

He made four birdies on the front nine for a share of the lead, then had an unexpected birdie on the par-4 10th when he chipped in from 70 feet.

“Got quite a few really good breaks,” Spieth said. “Each shot that ended up in the desert I think I ended up playing those holes 2 or 3 under today. You could easily end up in a cactus with an unplayable.” 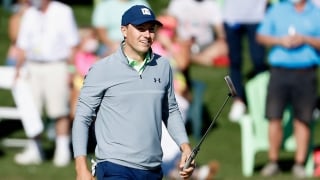 After 61, Spieth on cusp of snapping losing streak

After Saturday’s magical 10-under 61 around TPC Scottsdale, Jordan Spieth finds himself tied for the 54-hole lead with Xander Schauffele at the Waste Management Phoenix Open.

Spieth hit inside a foot from 170 yards for birdie on the par-4 11th, then just missed eagling the two back-nine par 5s. On 13, he couldn't get a 5 1/2-foot eagle putt to fall after a 208-yard second shot from the desert hardpan. On the water-guarded 15th, he left a 24-foot eagle putt inches short.

A week after missing the cut at Torrey Pines in his first start since the Masters in November, he matched his tour best of 61 set in the third round of his 2015 victory in the John Deere Classic.

The fourth-ranked Schauffele, coming off a second-place tie at Torrey Pines in his hometown event, shot a 65 to match Spieth at 18-under 196. Schauffele birdied four of the last holes, making a 7-footer on 17 to tie Spieth.

“I just kind of hung in there and sort of capitalized on the holes I needed to on the back nine,” Schauffele said.

Spieth and Schauffele were last paired together in the final group on the last round of the 2018 British Open at Carnoustie. Schauffele shot a 74 to tie for second behind Francesco Molinari, and Spieth had a 76 to tie for ninth.

“Hopefully, we both play a little bit better,” Spieth said.

Scottie Scheffler and Kyoung-Hoon Lee each shot 66 to get to 15 under.

Third-ranked Justin Thomas, third the last two years in the event, had a 64 to join Louis Oosthuizen (63) at 14 under. Thomas squandered five strokes on two holes late Thursday and early Friday, making a triple bogey on 17 in the first round and opening the second with a double on 10.

Steve Stricker, the 53-year-old U.S. Ryder Cup captain trying to become the oldest winner in PGA Tour history, had a 69 to drop into a tie for seventh at 13 under with Brooks Koepka (66) and James Hahn (66). Stricker began the day a stroke behind Schauffele after opening rounds of 65 and 66.

“I actually played from tee-to-green better than I did the first two days, I thought,” Stricker said. “Hit a lot of quality shots. Just didn’t make the putts that I had been making the last couple days.”