Rodríguez crossed the Rio Grande to reach the U.S. and, finally, the PGA Tour 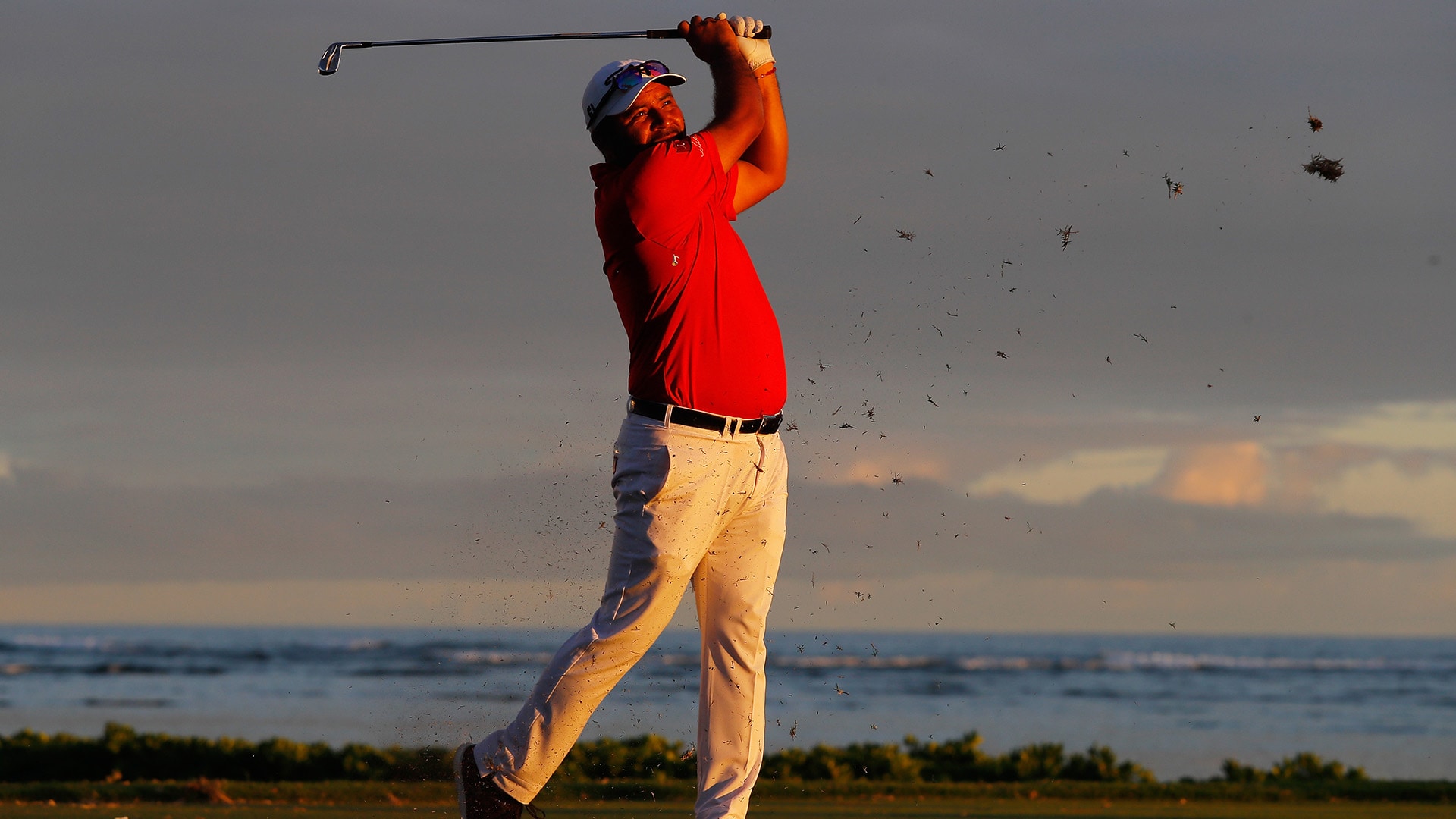 At 5-foot-9 and 175 pounds, Rodríguez looks more like a middleweight boxer than a professional golfer; but make no mistake, the 37-year-old can play golf, despite the longest odds one can imagine.

Of the 21 rookies on the PGA Tour this season, Rodríguez’s story stands as a testament to the Mexican’s dedication to the single belief that to reach your dreams, however farfetched they may seem in the moment, you must never give up hope.

As outlined in a recent story on Golf.com, Rodríguez’s trek to golf’s biggest stage began when the then-15 year old began his journey to the United States in search of a better life and a way to make money he could send home to his family.

It took Rodríguez three months to cross the Rio Grande, thwarted time after time by the river’s currents and the U.S. Border Patrol, and it took another decade before the earliest vestiges of his golf dream would take root.

Rodríguez – who grew up caddying at a local golf club in Irapuato, Mexico – held various greens keeping jobs after reaching the United States, sending money home to his family in Mexico the entire time.

When he returned to Mexico as a 25-year-old, he began caddying again at his local club, Club de Golf Santa Margarita, and met Alfonso Vallejo Esquivel, a retired businessman who recognized Rodríguez’s ability as a golfer and encouraged him to pursue a career as a professional.

Like his attempts to cross the Rio Grande as a teenager, Rodríguez’s path to the Tour was more ebb than flow. But he won a record 14 times on the Mexican Tour, and he eventually secured status on the Web.com Tour via PGA Tour Latinoamérica.

Since his story has been told, Rodríguez has become something of a living legend on Tour among players who are accustomed to the trappings atop golf’s food chain. They marvel at how much he’s had to overcome to reach the big leagues.

“Two guys came up to me and said, ‘Ah man, your history is very hard,’” Rodríguez said following an opening-round 66 that left him tied for seventh place at the Sony Open, his sixth start on Tour this season. “It’s a hard story.”

Rodríguez’s breakthrough came last year on the Web.com Tour, his second on the secondary circuit, when he won the United Leasing & Finance Championship and finished 29th on the finals points list to earn his first trip to the PGA Tour.

Rodríguez made the cut in three of his first five Tour starts in the fall, and his 4-under round on Thursday at Waialae was his second-lowest score of the season.

Rodríguez admitted he's struggled to adjust to the Tour's thicker rough and faster green speeds, but that didn’t seem to be a problem on Thursday, when he ranked ninth in the field in strokes gained: putting and finished his day with a 15-footer for birdie at the 18th hole.

A week in Honolulu is a dramatic contrast to his home in Irapuato, where he grew up with seven brothers and sisters sleeping side-by-side on a dirt floor in a one-room house, but Rodríguez said he’s starting to feel more comfortable with each round.

When asked what has been the best part of being on Tour, Rodríguez flashes his signature smile and waves his arms toward the Pacific Ocean. “Everything," he answers. "I played the Mexican Tour, so to come here is so different.”

There was nothing easy or conventional about Rodríguez’s path to the Tour, and the work and toil only appears to reinforce his ability to savor the moment.

“I’m very happy,” he smiled. “When I started playing as a professional, this was my dream. I’m here. I’m very happy.”

Rodríguez still lives in Irapuato, but he’s hoping to get a different visa that will allow him to remain at least part-time in the United States. He’s even having his caddie, Mike Dwyer, help him with his English.

“I’m sorry,” he apologized, “my English is not very good.”

Still, his ability to play golf, which at one point in his life seemed so foreign, and his easy and ever-present smile cuts through the language barriers to tell a story that is truly unbelievable. 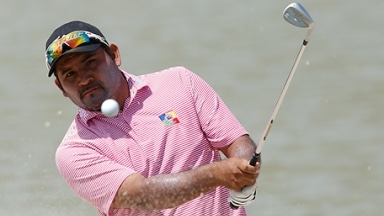 Mexico's Jose de Jesus Rodriguez had a hole-in-one and another eagle Thursday in the Web.com Tour's Nova Scotia Open.