Inkster anticipates Solheim Cup picks to be 'toughest ... ever' 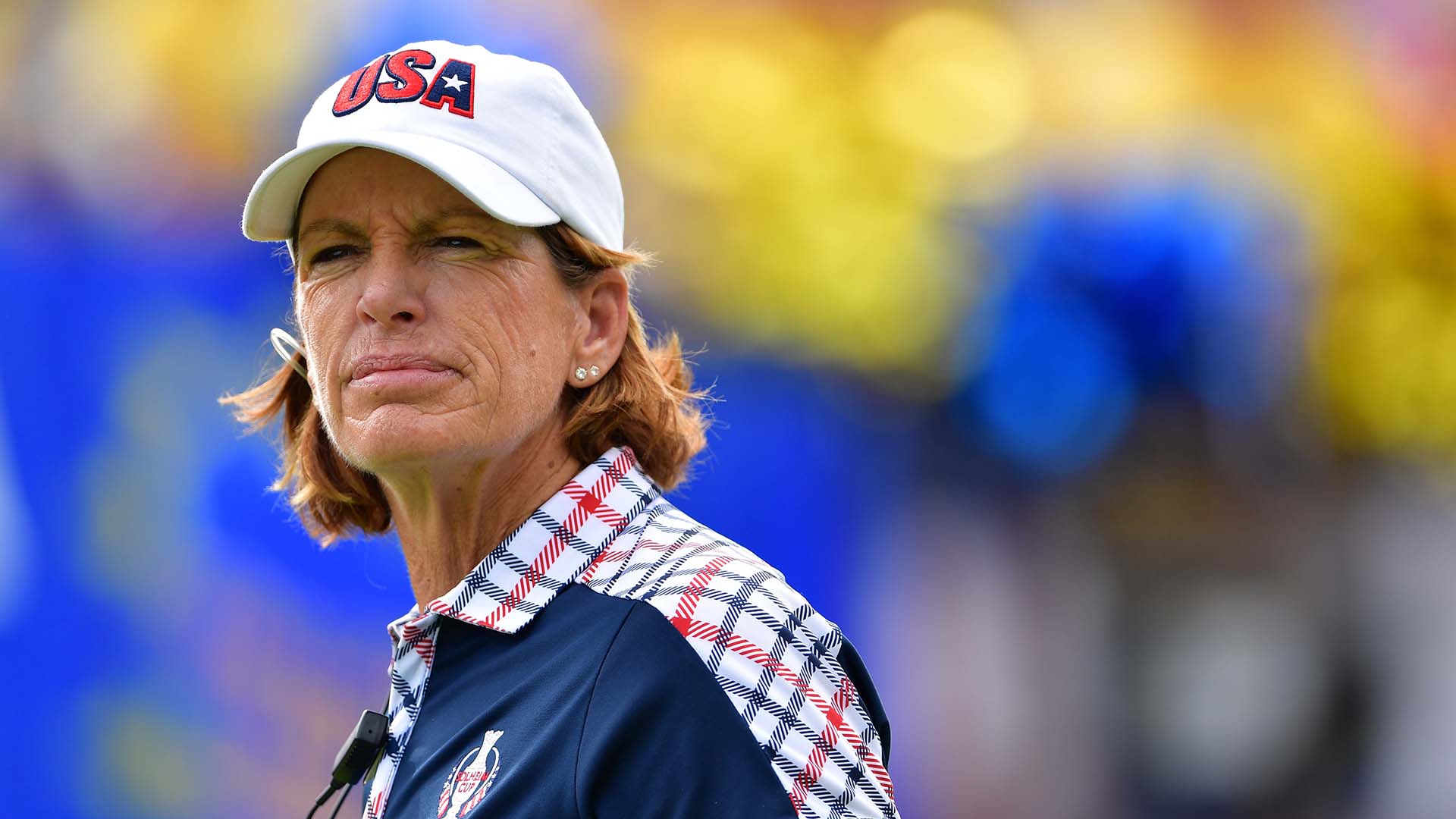 That’s when she will name her two captain’s picks.

The biennial international team event could be won or lost with the choices she makes in two weeks, after the conclusion of the CP Women’s Open.

“These will probably be the toughest captain’s picks I’ve ever had to do,” Inkster, who is serving her third term as the American skipper, told Golf Channel’s Morning Drive on Wednesday.

Inkster’s team is almost set, with seven of the 10 automatic qualifying spots locked up. Really, all that remains up for grabs are the last of the eight automatic spots off the U.S. Solheim Cup points list, the two spots off the Rolex Women’s World Rankings, where there’s still a lot of jockeying possible, and the two captain’s picks.


With so many rookies locked into her team, Inkster would ideally like to name two veterans as captain’s picks, to help with the road game ahead, in Scotland Sept. 13-15. The problem is that so many of her veterans aren’t in form.

“I have to have a reason to pick a player, and I want those players to give me a reason,” Inkster told GolfChannel.com last Friday.

Morgan Pressel gave Inkster a good reason with her hard run at winning the AIG Women’s British Open last weekend. She finished fourth, shooting 66 and 67 on a pressure-packed weekend.

Veterans Cristie Kerr and Stacy Lewis looked like the obvious picks early this summer if they didn’t make it on points, but neither could grab a single point in the back-to-back majors just completed. Kerr missed the cut in both events. Lewis missed the cut at the AIG Women’s British and tied for 52nd at Evian.

“I need to see some good scores from those two, in Canada, just to kind of see if they can put things together,” Inkster said.

The top seven in points who have locked up their spots on the team are Lexi Thompson, Nelly Korda, Danielle Kang, Lizette Salas, Jessica Korda, Marina Alex and Megan Khang.

Altomare holds the eighth spot but is just seven points ahead of Ally McDonald.

If the team were finalized today, Angel Yin and Austin Ernst would take the two spots off the Rolex world rankings list, but neither has that locked up. In fact, there’s a tight race with changes still possible. Here’s the U.S. world ranking standings for players not already guaranteed rosters spots on points. (Rolex rankings average in parenthesis):

As of today, Inkster would have four Solheim Cup rookies on her squad (Nelly Korda, Alex, Khang and Altomare) with the possibility another rookie will make it off the world rankings list.

“I think the good thing about having rookies is they don’t know any better,” Inkster said on Morning Drive. “They don’t know what to expect, whether at home or away. So, I think that plays into my hands a little bit.

“I have a lot of rookies that have a lot of heart – Megan Khang, Marina Alex, Nelly Korda, and you’re looking at Ally McDonald, who’s just looking on the outside right now. And Brittany Altomare is playing great. She’s played great all year.

“I’m not really worried about my rookies. It’s more about teaming them up with somebody that maybe can help them out a little bit, guide them around the course a little bit.”