Inkster closes door on Solheim return: 'I'm not even getting on the call' 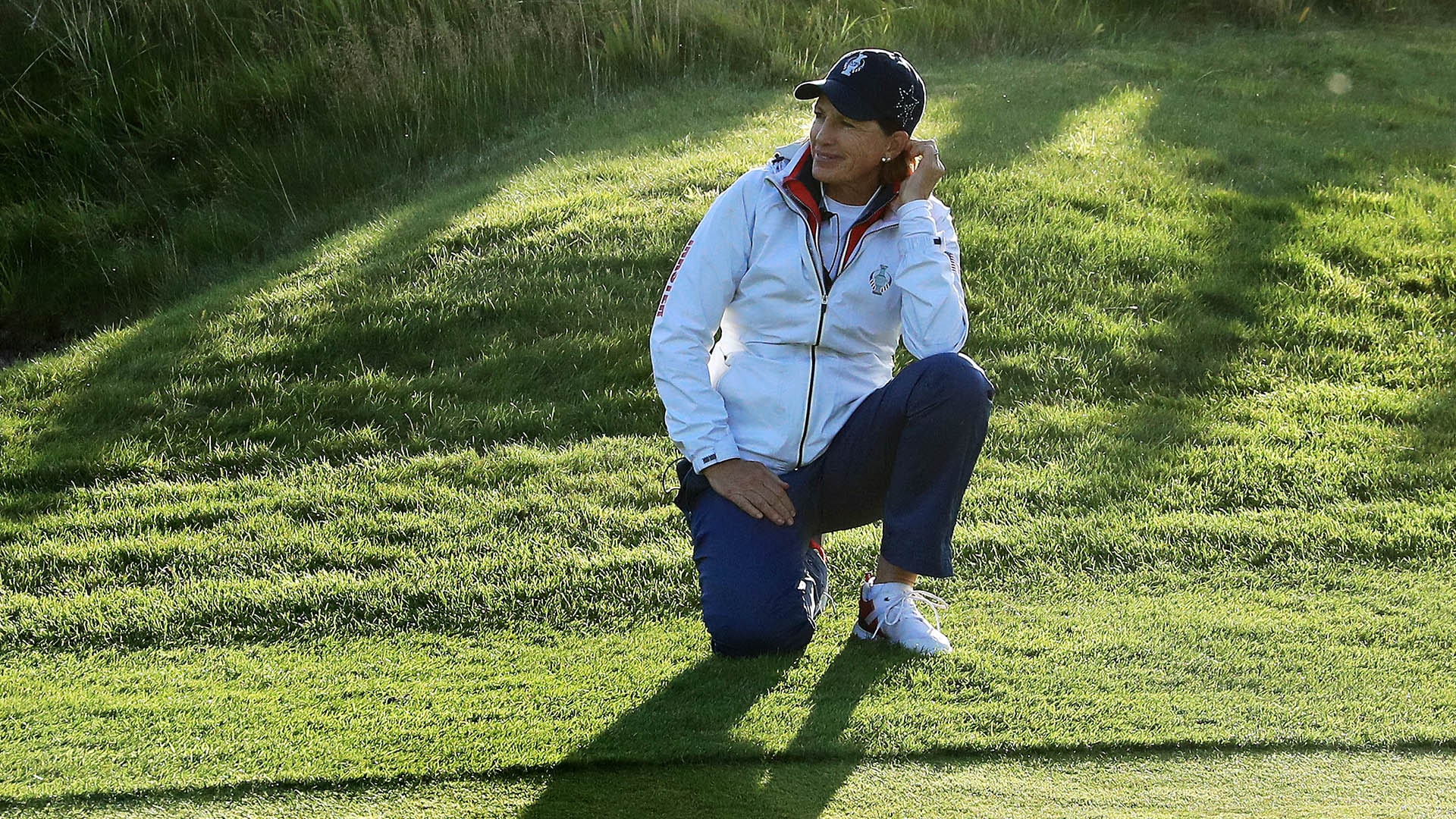 GLENEAGLES, Scotland – With the Americans’ one-point loss to Europe on Sunday at Gleneagles, Juli Inkster fell short of a Solheim Cup-record third straight victory as captain.

Inkster will likely end up just shy of another record, too.

After her team’s narrow defeat, Inkster was asked if she’d return to lead the U.S. team in two years at Inverness Club in Toledo, Ohio, and in the process join Europe’s Mickey Walker as the only four-time Solheim Cup captains.

“No. No. No,” Inkster said, emphatically. “I'm not even getting on the call.”

Inkster, 59, has left quite the mark on Team USA. She injected an energy into her teams unlike many had before her, starting in Germany in 2015 and then again in Iowa two years ago. She danced. She deejayed. She led.

And on Sunday, after Europe’s Suzann Pettersen drained the winning putt Sunday on the 18th green, she reassured.

“We had a few tears,” Inkster said. “And I said it's OK. But the bottom line is we had a great week, and you know what, the Europeans played great. And we're going to have a great party.”

Added Lizette Salas: “She just encourages us to play with heart and class and integrity, and that is something that – it's indescribable. She's an incredible role model on and off the golf course, and this team is going to miss her.

“But I know she'll be there in Toledo, and she'll be cheering us on as we try to get that Cup back.”

And to that, Inkster replied: “You bet.”