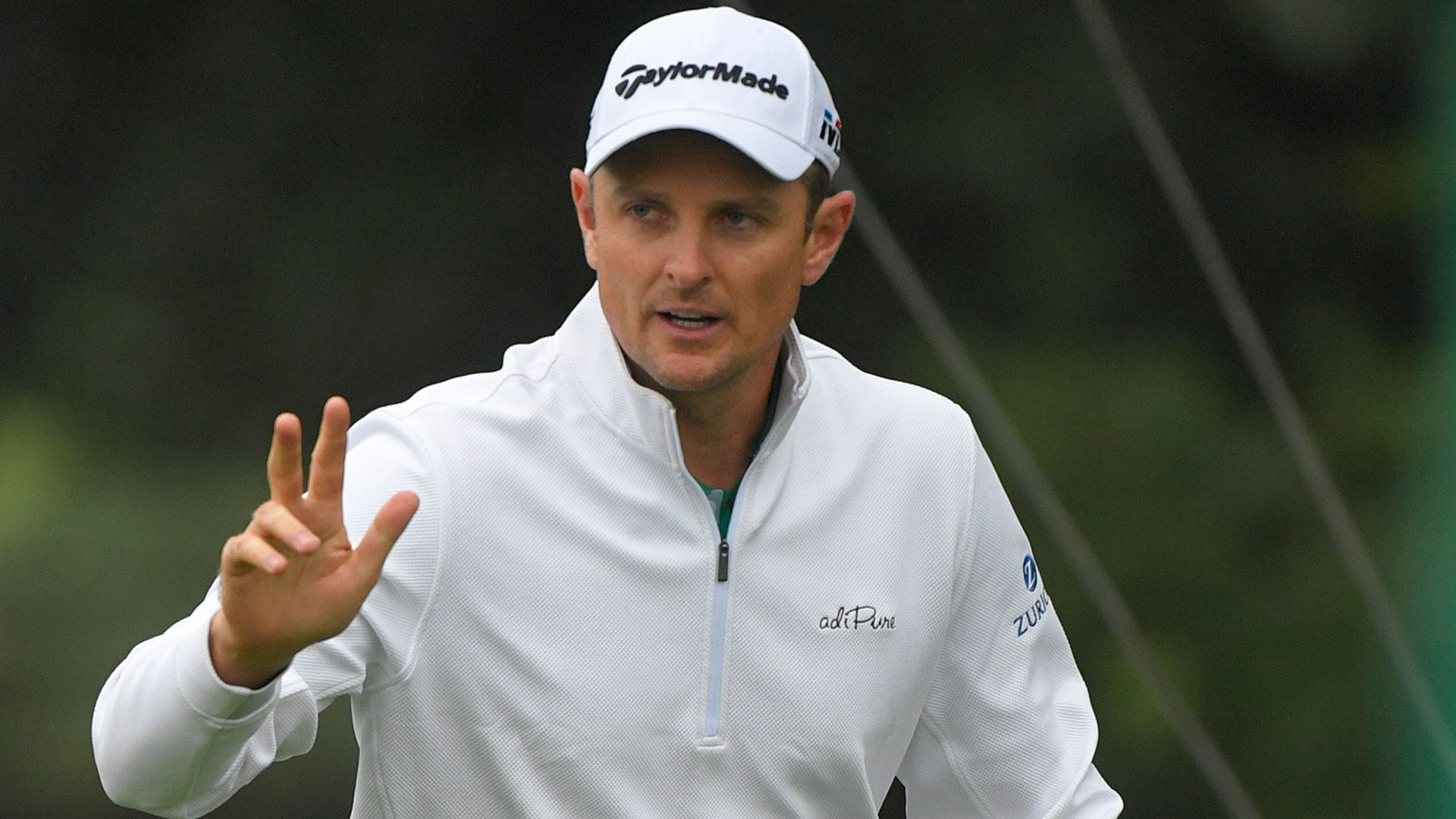 NEWTOWN SQUARE, Pa. – Justin Rose didn’t win the BMW Championship on Monday, but he walked away with a consolation prize he’s wanted for 20 years.

With his playoff loss and solo-second finish at Aronimink, Rose ascended to No. 1 in the Official World Golf Ranking for the first time in his career, leapfrogging Justin Thomas, Brooks Koepka and new-No. 2 Dustin Johnson.

“Oh, man, that's an amazing achievement,” he said shortly after his overtime loss to Keegan Bradley. “I'd love to go there by winning, because obviously I want to get to No. 1 by winning golf tournaments, but today was fun.”

One up with one to play, Rose, the 54-hole leader, had a 15-footer for par lipout on the 18th green. He bookended five birdies with bogeys at the first and the last for a round of 3-under 67, leaving him tied at 20 under with Bradley.

“The putt I hit to win I thought on the 72nd hole, it's the best putt I've ever hit to try and win a tournament,” he said. “I thought that thing was in the middle, but it wasn't to be.

“It was a great putt. It was halfway to the hole, not many of those putts miss. It just is what it is. That's a putt I'll always be proud of, and the playoff, obviously disappointed.”

Coming up 18 once again on the first extra hole, Rose ricocheted his approach off the grandstand, leaving his ball in the fairway just right of the green. When he failed to get up and down for par, he opened the door for Bradley to win for the first time in six years.

“I’m disappointed right now,” he said. “But obviously a big consolation being world No. 1. That's something that I will look back on this week and think it was an incredible achievement, incredible moment. It's just – yeah, in the moment we're all about trying to win a golf tournament.

“But give me half an hour maybe and I might be able to say I really enjoyed it.”

True to his word, Rose a short while later posted the image and message below on Twitter. The photo is from his 2013 U.S. Open victory at Merion – just around the corner from Aronimink – where he pointed to the sky on the 18th green in memory of his deceased father.

We did it Dad.... World Number 1 Thank you so much to my family, friends & everybody that has helped me achieve this incredible goal. Also, my sponsors @TaylorMadeGolf @adidasGolf @Hublot @Mastercard @ZurichNAnews @MorganStanley @LamkinGrips Thank you! #Team pic.twitter.com/geZgcpTR7U

Before leaving Aronimink – where he claimed the second of his nine Tour wins back in 2010 – the 38-year-old was asked to sum up his long-awaited ascent to the top of the world.

“It's boyhood dreams,” he said “It's a dream that we've all thought about at some point in our lives, or us young aspiring golfers think about it. It's a slow burn, and that would be my advice – kind of grinding out there – to young kids still trying to make their way.

“I turned pro at 18, and it took me 20 odd years to get to world No. 1. Just dedicate yourself to improving, to learning, to trying to get better. What excites me is obviously winning tournaments, these moments. But the quest to get better is why I wake up in the morning and it gets me out of bed.”