Rose in command at Farmers; Woods well off pace after Day 2 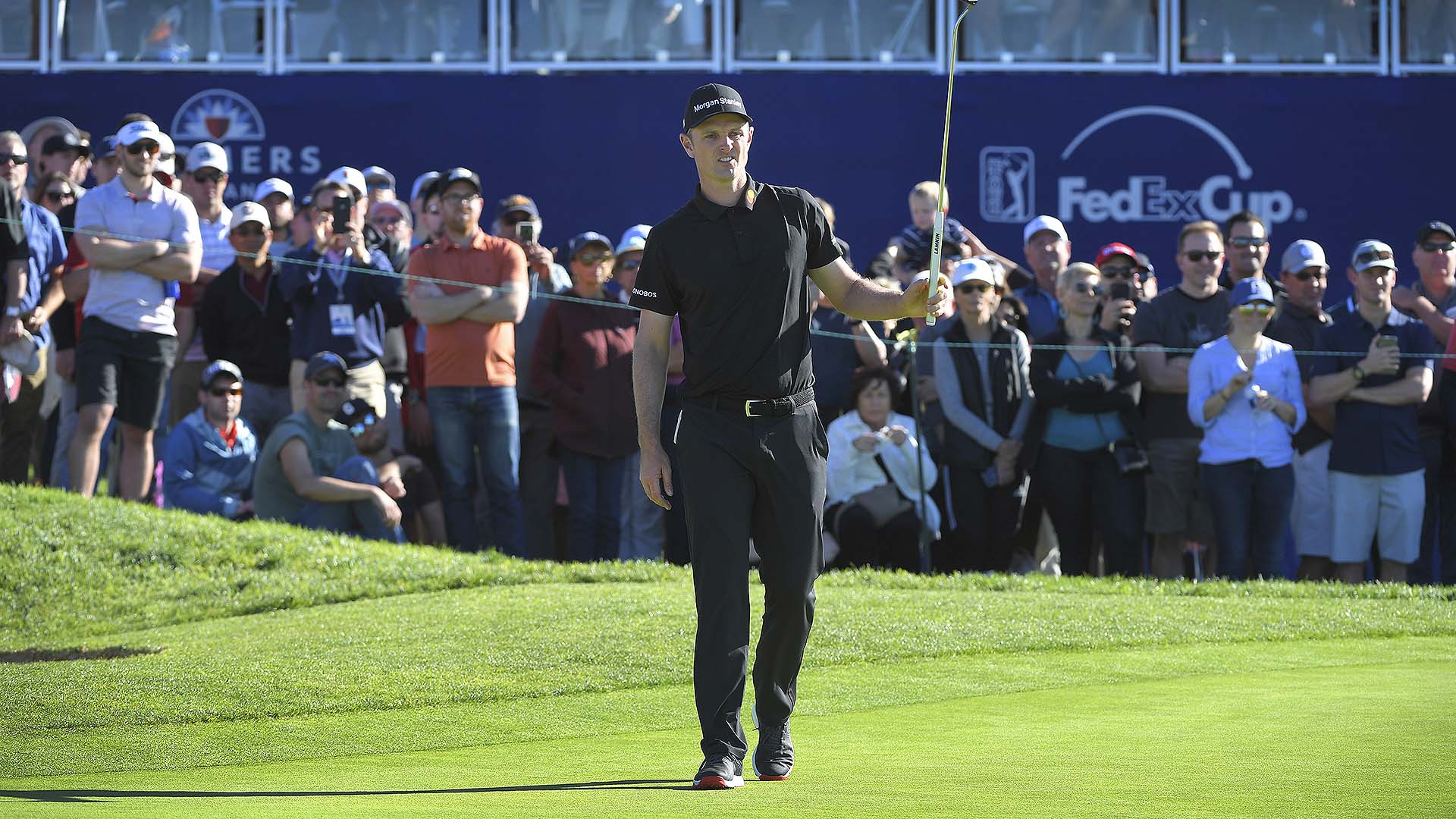 SAN DIEGO - Justin Rose was looking forward to his first big test of the year Friday on the South Course at Torrey Pines. He made it look like a breeze.

Rose putted for birdie on all but two holes on his way to a 6-under 66, giving him a share of the 36-hole tournament record and a three-shot lead over Hideki Matsuyama going into the weekend at the Farmers Insurance Open.

In more ideal conditions, Rose made his only bogey of the week by coming up short of the green on the seventh hole and missing a 12-foot putt. He also had to chop out of heavy grass on the toughest hole at Torrey, the 514-yard 12th hole, and hit a 45-yard pitch to 2 feet to save par.

Throw in seven birdies and he was at 15-under 129, a tournament record last matched by Tom Lehman in 2005.

Only four other players were within five shots, none of them named Tiger Woods.

In his 2019 debut, on a course where Woods has won eight times, he again failed to convert on the greens and made double bogey from the fairway at the turn. He shot another 70 on the North, which was about two shots easier than the South, and was 11 shots behind.

''I'm going to have to play a very special weekend to have a chance,'' Woods said. ''I'm pretty far back, and the South course, it's tough.''

This is the 20-year anniversary of Woods coming from nine shots behind after 36 holes with a 62-65 weekend to win. But the South course was 600 yards shorter back then, and the 36-hole leader in 1999 was Ted Tryba. Now it's Rose, the No. 1 player in the world looking as though he might stay there for a while.

''He's absolutely flagging it and swinging it really well,'' said Billy Horschel, who played with Rose and Jordan Spieth the last two days. ''He's taken it to a different level with his ball-striking. The way he's rolling the putts now, he's become like a complete player.''

Rose began his year in the California desert, some of the easiest courses on the PGA Tour. He opened this tournament on the North course, the easier of the two, and was happy to get a good score (63) so he could test himself on the South, which hosted a U.S. Open and has another one on the way.

Horschel was in range until missing a 30-inch par putt on the 15th hole and making another bogey from a bunker on the par-3 16th. He was at 10-under 134, along with Jon Rahm (72) and Ryan Palmer, who had his second straight 67.

Spieth also was in range, three shots behind Rose, until his tee shot found the gnarly rough left of the fairway at No. 12 and he was sloppy around the green in making a double bogey. That was a two-shot swing against Rose, who saved par. Another came at the 16th, when Rose made a 20-foot birdie putt to reach 15 under, and Spieth caught a thick lie on the collar of the bunker and saw his 15-foot par putt horseshoe around the cup.

He had to settle for a 72 and wound up eight shots behind.

Spieth is coming off his first winless season as a pro, but he wasn't alone. Matsuyama, who ended 2017 at No. 5 in the world, also went without a victory and was determined to made amends.

Rory McIlroy and Adam Scott also moved up the leaderboard, though both were still seven shots behind Rose. McIlroy holed out with a lob wedge on the par-4 16th hole for his second eagle and shot a 65. Scott chipped in for birdie from short of the 14th green for birdie, and he hit 6-iron into 4 feet for an eagle. He dropped only one shot in his round of 66 and joined McIlroy at 8-under 136.

Woods made his season debut at Torrey Pines last year and needed to two-putt for birdie from 90 feet on his last hole to make the cut on the number. He was 10 shots behind in a tie for 65th and was 10 shots behind. Now he's tied for 48th, 11 shots out of the lead.

''Disappointed with the fact that I just didn't make enough birdies,'' Woods said. ''I had two par 5s and a drivable seventh hole and I didn't birdie either one of those three holes coming in. That was a bit frustrating to finish that way.''