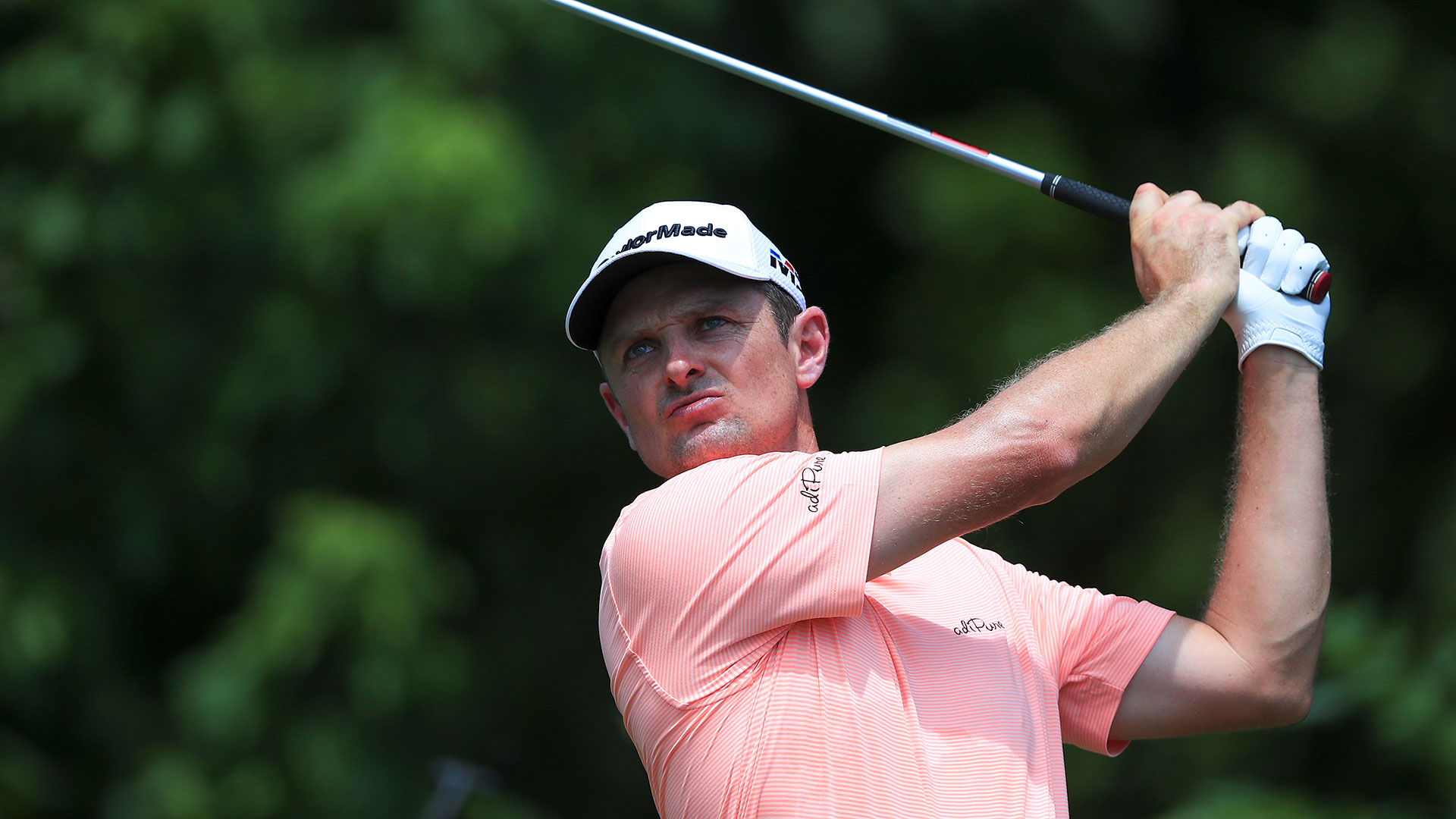 On the strength of a 4-under 66 Saturday, Justin Rose will take a four-shot lead over Brooks Koepka and Emiliano Grillo into the final round of the Fort Worth Invitational. Here's where things stand through 54 holes at Colonial Country Club.

What it means: The fifth-ranked player in the world is 18 holes from his ninth PGA Tour victory and his second this season. Up one to start the third round, Rose extended his lead to as much as five with birdies on four of his first six holes. Through 54 holes, Rose has made 17 birdies and just three bogeys. The 2013 U.S. Open winner and 2016 Olympic gold medalist has a history of winning at iconic venues - Muirfield Village, Aronimink, Cog Hill, Doral, Merion and Congressional - and now looks to add Colonial to the list. He'll be chased on Sunday by Grillo, the young Argentinian who won his first Tour start as a member in 2015, and Koepka, last year's U.S. Open winner who continues to impress in his injury comeback despite ongoing wrist issues.

Round of the day: Corey Conners and Ted Potter both turned in 7-under 63. Potter was bogey-free and Conners came home in 6-under 29 on the back nine.

Best of the rest: Jon Rahm, Louis Oosthuizen, Brian Harman and Michael Thompson all signed for 64. Rahm called his six-birdie start the best 10 holes he's played so far this year.

Biggest disappointment: Jordan Spieth has finished second-first-second in the last three years at this event, but he's yet to find his normal Colonial form through three rounds. Spieth, who said Friday he was capable of shooting "10 or 12 under" over the weekend, shot even-par 70 Saturday. He sits in T-38 at 3 under for the week, 11 back.

Shot of the day: Rory Sabbatini closed out his third round Saturday with this eagle holeout from 134 yards at the 18th.

His colorful scorecard featured three bogeys, two birdies, a double bogey and that eagle. It added up to a 1-over 71.