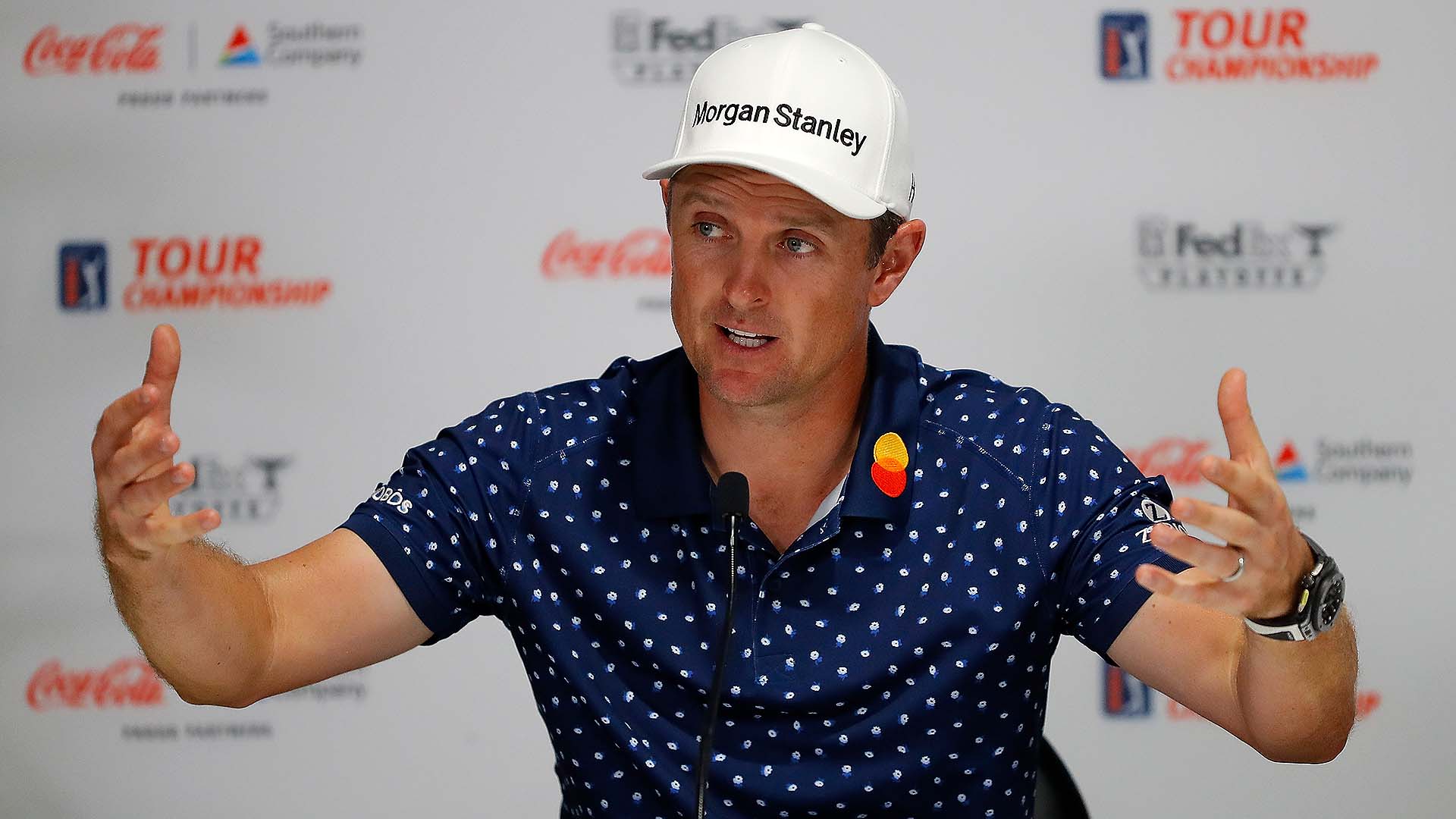 ATLANTA – After winning last week's BMW Championship, Justin Thomas has a target on his back. Beginning the Tour Championship with a two-shot lead only increases it.

Picking the season finale to have a bad week is never recommended, but in previous years, the FedExCup leader could struggle at East Lake and still finish relatively high in the rankings.

Now, under the new format with the rewarding boost, the leader has just as much to lose as the other 29 players who begin the week behind the 8-ball.

"I think there's much less protection now for the leading players," reigning FedExCup champion Justin Rose said. "If you were leading the FedExCup in the past and you had a poor week, you'd finish maybe second, possibly third in the FedExCup. You have a poor week now, you can finish 12th, 15th, 18th, 20th."

There's two ends to that spectrum.

On one end, there's a guy like Brooks Koepka who put himself in position – with eight top-10s this season, including wins at the PGA Championship and the WGC-FedEx St. Jude Invitational – and has a bit of wiggle room when it comes to this week at the Tour Championship thanks to a consistent season that awarded him the inaugural Wyndham Rewards and the $2 million prize that came with it.

But on the other end, the back half of the field is in position to play with more freedom this week, already looking up the leaderboard with less to lose and that same $15 million prize everyone is chasing.

"There's a lot more volatility, I think, with this format, which is what playoff golf is all about, I guess," Rose said. "It's the guys basically bringing their best golf when it counts the most.